Home Things To Do Wait, That’s a Christmas Movie? 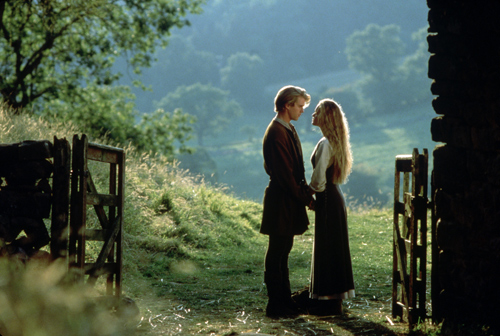 Most people have movies that are required viewing every Christmas (It’s A Wonderful Life, A Christmas Story, et al.).

There are a few movies that take place on Christmas for seemingly pointless reasons, but upon further inspection, reveal familiar themes. Read on and you might just pick up some different holiday traditions:

Die Hard
It’s no secret John McClane arrives at his wife’s office party on Christmas Eve (after killing a German bad guy, for instance, he writes on the terrorist’s sweater, “Now I have a machine gun. Ho-Ho-Ho”), but that is a bit perplexing at first. It makes sense as a pretense to get the New York Cop out to L.A. to visit his estranged wife and kids. But more importantly the movie has strong messages about forgiveness between McClane and his wife Holly, and about brotherly love and teamwork with McClane and Officer Powell.

Lethal Weapon
Also set in L.A., Lethal Weapon’s sun and palm trees disguise the season, but the Murtaugh house in particular is decorated with Christmas cheer. This is most evident when Gary Busy blasts his way into Murtaugh’s living room, shoots the television showing A Christmas Carol and replies to Scrooge’s question of “what day is it?” with a festive expletive. It’s the friendship and family that develops between Riggs and Murtaugh, however, that seals this as a Christmas film.

Batman Returns
The fact that this is Tim Burton makes a lot of sense. Released between Edward Scissorhands and The Nightmare Before Christmas, it showcases the director’s favorite holiday. The movie has a decidedly Dickensian feel with the Penguin as the Ghost of Christmas Past, Christopher Walken’s Max Shreck as Christmas Present and Catwoman as Christmas Future, all contrasting against Batman’s Ebenezer Scrooge.

Gremlins
This one is a little more purposeful. Filled with decorations and Gizmo himself is a present given to Billy from his inventor father, the gremlins go on a rampage as a comment on consumerism. They also teach the main characters to appreciate each other more and work together toward common goals. This all combines for a darkly comic reversal of what is usually expected from such a movie.

The Princess Bride
Again, it’s all in the details. Most of this modern riff on classic fairy tales takes place in a mythical past, but it’s in fact a tale being told by a grandfather played by Peter Falk to his grandson, played by Fred Savage. The grandson is sick, and you can see Christmas decorations around his bedroom. The story enchants the boy in such a way as to recapture a bit of that magical Santa Claus spirit perhaps for the last time, considering he’s around the age when kids outgrow their sense of wonder—at least temporarily.

Rent
Based on the Broadway musical, this tale of eight bohemians surviving AIDS and poverty starts on Christmas Eve, 1989. Although the timeline skips around over a year, ending on Christmas Eve 1990, most of the plot takes place on and around December 25. Although the characters are nontraditional, they find renewed hope in the spirit of the season. The structure of the show and movie also plays upon the expectations of Christmas musicals and switches things up with unorthodox and racy lyrics.

First Blood
The first Rambo movie is set in December 1981, with the Vietnam vet entering the fictional town of Hope, Washington after discovering an old friend has died from cancer caused by Agent Orange. The town is decorated appropriately, but Rambo isn’t greeted with holiday hospitality. The movie’s setting places Rambo’s treatment in stark relief, resulting in a bitter message about assumptions and understanding.

Iron Man 3
Another California-based film, the popular superhero arrives in rural Tennessee in the second act and spends a good amount of time in the wintery hills. Funnily enough, Iron Man 3 was written and directed by Shane Black, who not only set his Lethal Weapon at Christmas but also The Long Kiss Goodnight and Kiss Kiss Bang Bang, also starring Robert Downey, Jr.

On Her Majesty’s Secret Service
The first post-Connery Bond film had big shoes to fill—and was met with mixed reviews. But almost nobody recognizes that it’s the only Bond film set at Christmastime. A stretch of the movie take splace in the snow-capped mountains of Switzerland, with Bond fleeing from pursuers in a Christmas-decorated village.

Prometheus
The prequel to Alien would seem to lack any connection to earthly holidays (considering it’s about an exploratory trip to a faraway planet that may or may not be the foundation of human life). But one scene in particular marks the date clearly: Captain Janek, played by Idris Elba, decorates a Christmas tree upon waking from cryo-sleep. And there’s another strange moment: The movie’s end indicates that the Engineers (the alien race the humans are researchin), fled earth 2,000 years prior—a possible hint at Jesus being more than man or God but…extraterrestrial? The screenwriters chose not to dwell on that tidbit too long.