If you’re the parent of a toddler, chances are your kid does something that grosses you out. Picks their nose and eats it? Licks a shopping cart at the supermarket? Slurps dirty bathwater like it’s a chocolate milkshake? Whatever the quirk, our adorable little angels are predisposed to behaviors that make most sane adults cringe. The good news: It’s perfectly normal.

“Infants and toddlers are at the sensory-motor stage, where they like to learn about things by tasting and feeling,” says Ayuko Boomer, a teaching specialist at the Shirley G. Moore Lab School, Institute of Child Development at the University of Minnesota. “So it gets associated with ‘gross’ behavior, but it’s actually developmentally typical.”

“These gross behaviors drive parents nuts, but they signal interesting and exciting leaps forward in how a child is experiencing and understanding the world,” adds Rebecca Parlakian, director of programs at Zero to Three, a Washington, D.C.-based center that is devoted to the well-being of infants and toddlers. “They’re exploring the world primarily through their senses, and a lot of that is, ‘Well, I put my finger up my nose and now I have this thing on the tip of my finger. I wonder what that tastes like?’ ”

For parents who don’t want to shame their child for doing something that comes naturally, but also don’t want them to become a human petri dish, Parlakian says the first thing to remember is that the habits are fleeting, with most of them petering out by age 3. (“Although I think we all remember the fellow third grader who ate boogers,” she says.) Regardless of your kid’s age, if they attempt to eat nonedible items on the regular, or play with their feces once they’re potty- trained, consult your pediatrician.

In the meantime, parents can put a positive spin on what we consider yucky tendencies by reframing them in the context of their child’s autonomy. If your kid wipes their nose on their sleeve, for example, offer a tissue and ask if they want to blow their nose. “It’s telling them what they can do,” Parlakian says. “Not what they can’t.”

Dr. Paul Rozin, professor of psychology at the University of Pennsylvania, studies what repulses humans. Here, he explains the science behind kids’ nasty habits.

Why aren’t kids “grossed out” by certain things the way adults are?
[The concept of] disgust isn’t present in very young children, who eat virtually everything that can go into their mouths. They’ll reject something because it tastes bad or because it makes them sick, but they don’t reject things because of what they are.

When does that change?
Somewhere around toilet training, the feces come in as a negative entity. That is the beginning of disgust, because kids understand its relationship to their body, and in an evolutionary sense, its relationship to carrying illness. It may be there’s a predisposition to developing that kind of disgust. 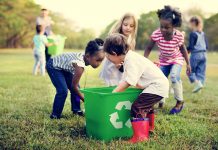 Three Ways Your Family Can Be More Sustainable in 2020 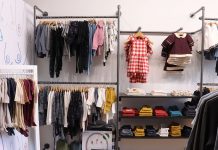