Giving back doesn’t have to be complicated. With the right person and the right idea, it can be as simple as starting a book club, putting your talents where they’re most needed, or fixing up bikes for neighborhood kids. Meet three local individuals who have risen to the occasion this year, finding innovative—and sometimes strikingly simple—ways to give back.

The practice was started about two years ago after working with a traditional health insurance model where patients were coming to us after having to wait two weeks to be seen. They were being rushed during their office visits, shuffled off to different specialists, given different prescriptions and conflicting diagnoses, which I realized led to poor overall healthcare outcomes. And I knew there just had to be a better option. So for me, it was starting that direct primary care practice where patients weren’t being rushed [and] healthcare was affordable. And I felt like if you can make healthcare affordable, people use it, and they don’t wait until the last minute, which overall improves healthcare outcomes for patients. I want people to know that they do have options. This COVID crisis has just shed light on a healthcare system that’s very disjointed. And unfortunately, for lots of folks, their insurance is tied to their employment. And now that they’ve been furloughed or laid off or fired altogether, lots of people are out in the community without access to healthcare or health insurance. And I want folks to know that lack of health insurance does not mean that you have lack of healthcare. It’s affordable, it’s accessible, and you can still get good quality care without having to pay a lot of money.

My wife and I, we enjoy sitting on the front porch, just enjoying a little downtime. I live on a little dead-end road, and we’ve got maybe 10, 15 kids on the road. They had one bike. They were just sharing. So I told my wife, I’m just going to fix up some bikes for these kids and give them to them. I took to social media and I put up a post that said, if any of my Facebook friends have some bicycles, let me know. I just want to fix them and give them to some neighborhood kids. I woke up the next morning, and I probably had about 40 [messages] from people I didn’t even know. I had about 60 bicycles in my driveway, so I just got to cranking away, fixing them up. And I went to Facebook again to say, hey, if anybody wants these bicycles…because I had already covered the street within the first day. And once again, that post went crazy. [The bikes] just lined the street. And I gave away all of the bikes. It was probably about 50 or 60. And I tell you, this thing has not stopped. I outgrew my house within the first couple of weeks. I have a shop that’s been donated to me…and believe it or not, I’ve outgrown that. If I could ever figure out how to get paid to do this thing…if I could just go to the shop eight hours a day, that would be my job. I’d do it. 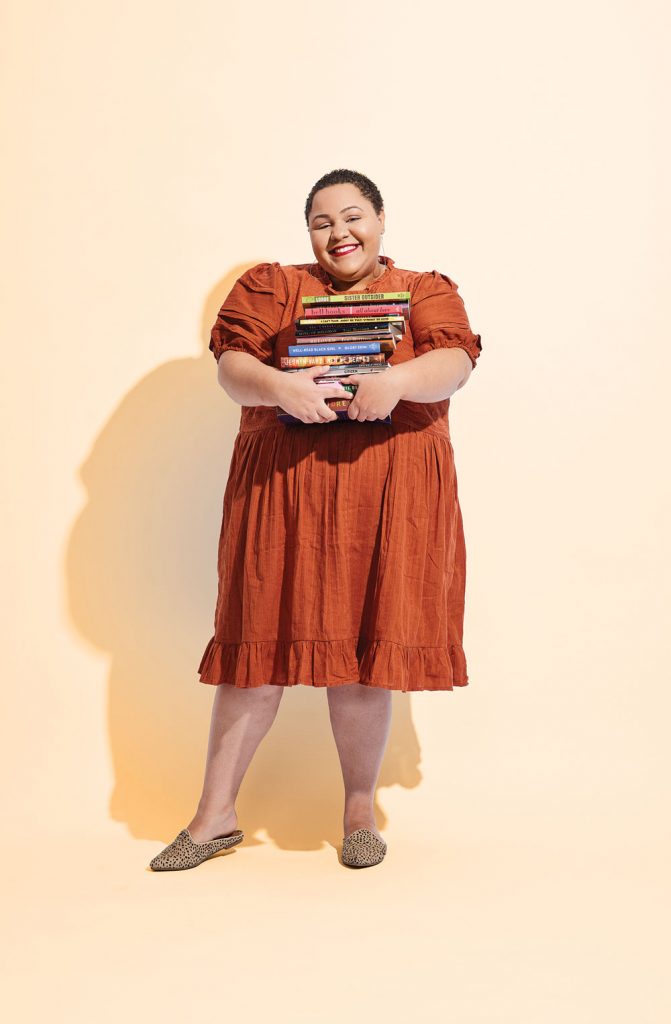 Coming to the University of Cincinnati, I’ve found my home away from home in the identity-based centers on campus. I feel like when you’re in a space where you’re surrounded by people who look like you, things like that shouldn’t be taken lightly. And I’ve seen how important it is to have that space that offers a safe space for you to have vulnerable conversations. I wanted to further encourage that. I’ve always enjoyed reading. I’ve always loved storytelling. And I wanted to take that a step further. There are so many incredible women of color–centered book clubs in the nation. I wanted to bring one of those to my campus. I wasn’t really sure what that would look like at first because I wasn’t sure if people would be interested in that—of course, I was hoping that people would be interested. I wanted my book club to operate as more than another English class. And with the two pandemics that our nation is facing—COVID-19 and systemic racism—it can take a great emotional toll on marginalized identities. I stress that my book club is more than just about the books. It’s about the conversations that we have. The books are just a foundation for these conversations…and it is now more important than ever for women of color to have a space that promotes [de-stressing] and feeling. And I think that’s why so many women are drawn to this club.