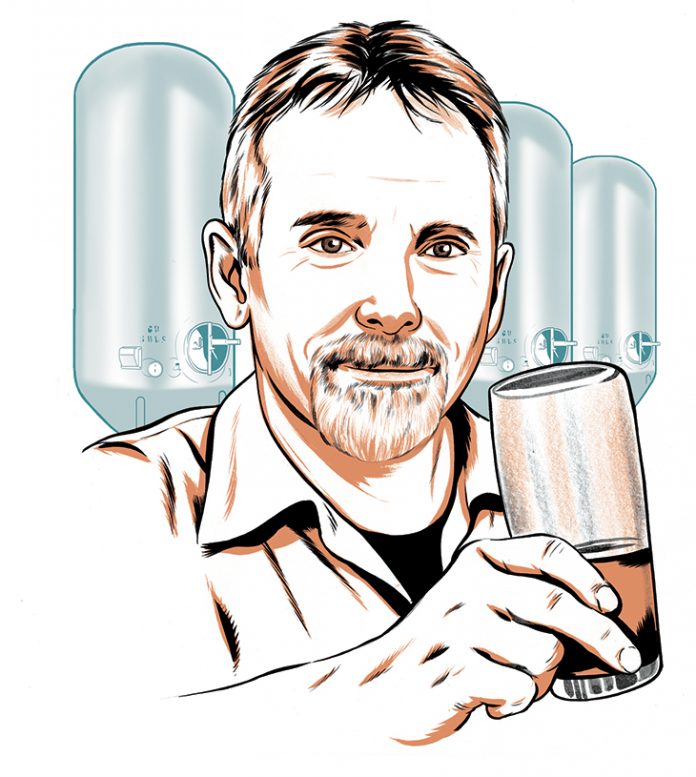 Go ahead, ask him anything about beer. This friendly French-Canadian (that’s Ree-shard Doo-bay) will answer gladly—and with more information than you’d ever need. After 33 years in the industry, the vice president of brewing and quality for Christian Moerlein Brewing Co. is clearly brewmaster of his domain.

You have a degree in microbiology-biochemistry. Did you always plan to work in the brewing industry? Oh, no. I originally intended to study medicine, but I took a class about food that changed my mind. I didn’t exactly want to study food, and wine didn’t offer as many job opportunities in Canada, so then it was just like, OK, beer!

What’s one beer you always have at home? It really depends. But if I were on a deserted island and could only have one style of beer, I’d choose IPAs [India Pale Ales]. They have the most hops and were originally brewed for sailors traveling to the colonies. I probably wouldn’t have a fridge, so I’d need beer that would hold up.

Pairing beer with food is a big thing now. How does the process compare to wine pairing? Beers can be very, very complex. It’s very well documented that in the more complex beers, like sours, there are as many as 1,500 different compounds in that specific beer. In the most complex wines there are only about 300 to 350 different compounds.

You’re a runner as well, competing in five-and-a-half marathons over six consecutive days across the Sahara in 2007. Do you like to end your runs with a cold one, too? Oh, always. I always drink a beer afterward.