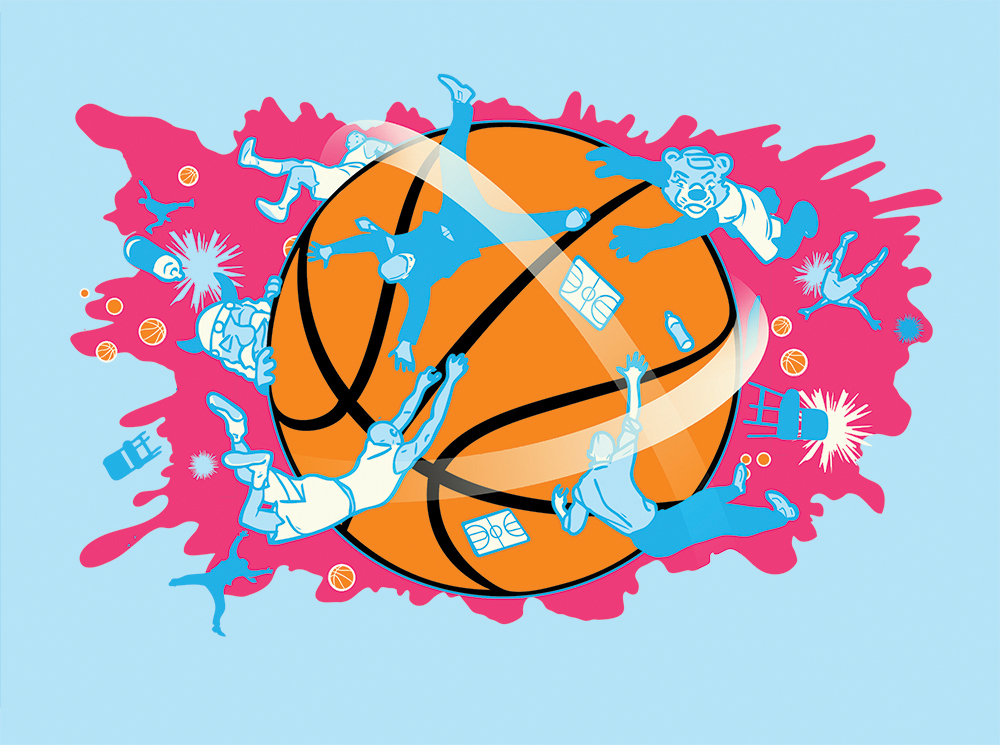 When Chris Mack left Xavier University for the University of Louisville in 2018, the city’s college basketball scene didn’t just lose a successful and longstanding coach. It lost a coach who could answer that most Cincinnati of questions: “Where did you go to high school?” (Mack, a native of North College Hill, graduated from St. Xavier.)

One year later, it’s the University of Cincinnati that has lost its longtime, locally-bred hoops coach, with Mick Cronin (LaSalle) now behind the bench at UCLA. But the Bearcats didn’t have to look very far for his replacement. In fact, people don’t even need to ask John Brannen The Question. “No, pretty much everybody knows at this point where I went to high school,” says the 45-year-old coach.

That’s because Brannen, who was born in Alexandria (and went to Newport Central Catholic), spent the last four years in his own backyard, guiding the Northern Kentucky University Norse to multiple Horizon League championships (both conference tournament and regular season) over the school’s first three official seasons in Division I. Two NCAA tournament appearances later, he has moved across the river, though to Brannen, that’s home too. His father’s side of the family is from St. Bernard, and during his own college and pro playing career (at Morehead State, Marshall, and then overseas) he often found himself in pick-up games against whatever UC players were around, including such Bob Huggins–era greats as Kenyon Martin, Ruben Patterson, and Cory Blount. “I wasn’t nearly as good as they were, so I don’t think they really gave me much attention,” he says.

Brannen’s success at NKU had made him a rumored candidate for several other bigger-conference jobs, including the University of Alabama, where he was an assistant (as well as interim head coach) from 2009 until he went to NKU. “But you can’t turn down the University of Cincinnati,” he says. “With the brand that’s here? And the opportunity to go have success in the tournament and success on a national level?”

Not to mention, he didn’t even have to rent a moving truck. “Every time I’m on the road, that’s the big thing every coach talks about,” Brannen says. “Like, ‘Wow, your kids stay in the same school! That’s unheard of.’ It is unheard of. It doesn’t happen that way. I tell people all the time, when I leave campus I know exactly where I’m going. We can meet for lunch anywhere in the city and you don’t have to give me directions. The fact that it’s home is something that’s extremely important to me, and it’s humbling at the same time.”

Roughly 20 months ago, at the beginning of the 2018 NCAA men’s basketball tournament, Cincinnati college hoops seemed more stable than it had been in years. Mack coached Xavier for nine seasons (following seven as an assistant), resisting the siren call of bigger jobs for longer than his predecessors Sean Miller (five years) and Thad Matta (three years) did. Cronin, whose UC tenure got off to a slow start (four years out of the tournament) as the university moved on from Huggins and interim replacement Andy Kennedy, often seemed to be either on the hot seat or about to leave. He wound up spending 13 years in Clifton.

So the 2019–2020 season opens a new era. As with Mack and Miller, Xavier kept it in the family, promoting assistant Travis Steele, who’s been in Evanston since 2008. He’ll be looking to get Xavier back on track after a 19–16 rookie season in which the Muskies missed the NCAA tournament for the first time since 2013. Brannen might expect some growing pains as well, as both his new players (including three graduate transfers) and his inherited players (including returning AAC player of the year Jarron Cumberland) adjust to a more up-tempo system against a deliberately punishing nonconference schedule, all the better to impress the NCAA selection committee (even with some losses).

“There’s going to be some bumps in the road,” Brannen acknowledges. “My thing is, we’re going to get better as the season goes. We want to play our best basketball in March.”

Now that Brannen is in Clifton, his most important game is the Crosstown Shootout, which has ebbed and flowed over the past few years (Xavier has won five of the last eight, but the Bearcats two of the last three). He’ll also face divided loyalties from his friends and neighbors who might still be supporting NKU (now led by former Western Kentucky coach Darrin Horn).

“Northern Kentucky doesn’t have a ton of UC fans,” Brannen acknowledges. “You can root for both. I certainly will be one of the people who will be rooting for both.” For a while, that is: As part of the deal that saw UC play its home games in Highland Heights during the 2017–2018 season (when Fifth Third Arena was under construction), Brannen’s Bearcats will return to BB&T Arena sometime in the next few seasons.