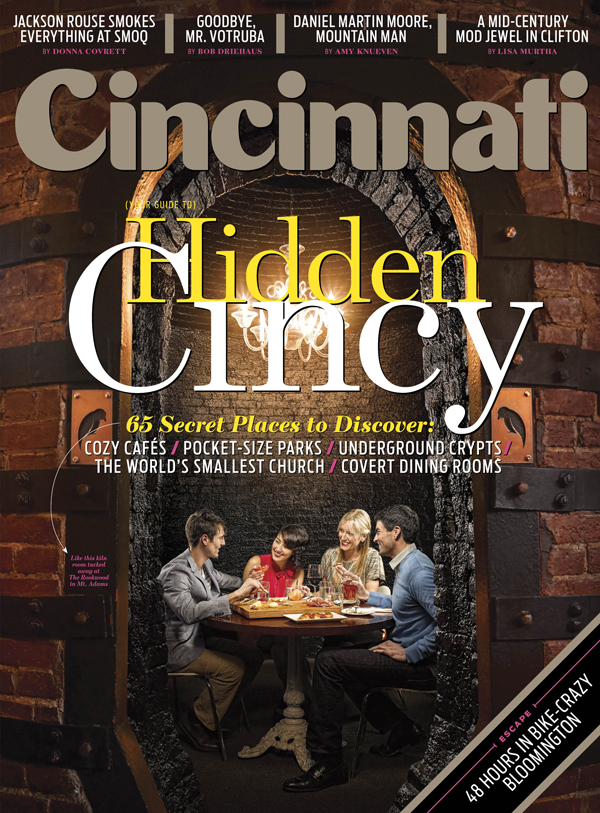 William Brown, 1759–1808
Fulton-Mechanics-Presbyterian Cemetery, plot lost
Connecticut-born Brown, a member of the Continental Army, carried the flag that led the “Forlorn Hope,” a 20-man squad that was first into battle in the siege of Yorktown in Virginia in 1781. For his service, George Washington personally awarded him the Badge of Military Merit, which is akin to the modern day Medal of Honor.

Cora Dow, 1868–1915
Spring Grove Cemetery, Section 72, Lot 43
One of the earliest female graduates of the Cincinnati College of Pharmacy, Dow grew her father’s druggist business into a robust local chain, pioneering the 24-hour pharmacy. Because she operated multiple locations (one of which employed future actor Tyrone Power), she could undercut the prices of her competitors, making her less than popular with colleagues. A life-long music lover, she left much of her estate to the Cincinnati Symphony Orchestra.

Millicent L. “Peg” Entwistle, 1908–1932
Oak Hill Cemetery Section 12, Lot 27
Entwistle’s last act was a first: She took her own life by jumping off the Hollywood sign in Los Angeles, launching who knows how many imitators. How’d she end up here? Family ties. Her father’s second wife, Lauretta, grew up in Elmwood Place, and all three are interred in the Ross family plot in Oak Hill.

Charles Grant Jr., 1874–1932
Spring Grove Cemetery, Section 68, Lot 417
If the Cincinnati-born-and-raised Grant hadn’t been such a success in the Negro Leagues, he might have broken baseball’s color barrier 46 years early. John McGraw invited the second baseman to Baltimore Orioles spring training before the 1901 season, dubbing him “Charlie Tokohama,” and claiming he was Cherokee. His scheme didn’t work, mainly because other baseball men identified him.

Martha Evelyn Stone, 1850–1924
Spring Grove Cemetery, Section 56, Lot 5
When the Titanic hit its iceberg, Stone was awake in bed in her first-class cabin. Told by a crew member that everything was fine, Stone and her maid, Amelie Icard, eventually dressed and put on life preservers, then headed for the deck, where they made it into a lifeboat. Seven hours later, they were rescued. At her death, Stone left a large personal bequest to Icard. She lies beside her husband, an early president of Cincinnati Bell.