A native of Italy, a “citizen of the world,” Leo Cangiano delivers his “no table left behind” hospitality at Nicola’s with genuine warmth, an infectious laugh, and a lot of humor. “I do cheesy really well,” he says. The 34 year-old father of two refers to his Highland Heights, Kentucky, home as “Kentuscany.”

Everyone in America thinks that all Italians grow up in a cooking family. OK—honestly, it’s true. But before I came to America I thought all Americans wore cowboy boots and hats and drove a big Cadillac with horns on the hood.

My uncle owns a restaurant in Pontedera, which is near the town I grew up in, Montecatini Terme [province of Pistoia in Tuscany]. It’s not a tourista restaurant; it serves the type of food that is the spirit of the town.

I thought I wanted to be a chef, so I attended culinary school in Montecatini Terme, but I only completed four years of the five-year program.

I am an only child of a single mother. She was a tour guide and travel agent. She traveled the world and took me everywhere with her. I’ve been in over 20 countries. My mother and I have lived in Spain, Germany, Switzerland, Uruguay, Chile, Brazil, Belgium, France, and more.  I speak several languages fluently—Italian, Spanish, and Portuguese—plus a little French, and a little Russian. I feel like a citizen of the world.

My mother’s family is from Argentina. She wanted me to experience all of my cultures, so I also spent time in Argentina. It’s similar to Italy in that wine and food are very important.

My mother moved to the Unites States—to Chicago—in 1997. I stayed behind in Italy with my grandmother for a while. When I could, I finally moved to the U. S.—to New York City first, and then with friends in Philadelphia. I didn’t speak English very well, but I didn’t have to, because in New York City and Philly the Spanish and Italian communities are so large. I worked in cafés where the customers were Italian or Spanish. I joined my mother in Chicago in 2000. In Chicago my English started getting better.

In Chicago I managed an Italian restaurant; Cannella’s On Grand. It was my first manager experience. I also worked banquets at La Strada Ristorante on Michigan Avenue, served tables at Rico’s, Tutto Bene, and La Vita—all ristorantes. I also modeled as well.

I am always very curious. If something catches my eye I have to know about it. Like microbiology—I love it. My wife says I am a nerd trapped in a hunk’s body.

When I moved to Cincinnati I served tables at Trattoria Roma, and eventually became the manager. It was old school and hard to make any changes.

I’m not a big believer in a Marine Corps style of running a restaurant. Of course there should be structure, but you kill a lot of personality when it’s too regimented. Maybe it’s just not the Spanish-Italian way to do things.

I met Cristian Pietoso [chef of Via Vite and former chef at Nicola’s] at a downtown bar. We became good friends. By then I was working for Chef Renee Schuler at her catering company, Eat Well, where I cooked and served events. Cristian came from professional Italian kitchens and had to face the reality of things being different in American kitchens. He’s a great chef, very technical—and very particular. It’s what makes him so good. But he was having a hard time trusting American palates, so he wanted another Italian in the kitchen—someone who knew the Italian palate, who had buongustaio. It’s an Italian term like gourmet, to have a good palate.

So I joined Cristian at Nicola’s six years ago. I worked sauté and pantry. I learned a lot from him in the three years I worked in his kitchen. I felt lucky to be there. He is so talented, and took Nicola’s to the next level.

Nick [Nicola Pietoso, owner of Nicola’s] was desperate for good servers and asked me to work in the front of the house. At the time the service was lacking warmth and being very welcoming. The staff was treating tables as dollar signs and rushing customers through dinners in order to turn the tables.

I’ve been in the dining room ever since. When I’m working at Nicola’s I see the place as my own place. Nick gave me the chance; I give back to him through my service.

I approach the table as a chameleon. I become whatever they want me to become. Do they want me to be the stereotype Italian? OK, then I’ll be a cheesy Italian, as cheesy as Nicola’s gnocchi. I want customers to fall in love with a place. I want it to feel like their second home. A restaurant is not only about food.

Learn to read the table. Know who is in front of you. Give them what they want.

I don’t care what a customer spends. I’d rather have someone who spends only a little and comes back regularly than the high roller who comes once a year and spends a whole lot. If I have a high roller and all they want is the best and most expensive, I’ll make sure they get that, but most customers want a great experience for a lot less. I’ll make sure they get that too. I don’t want someone feeling as if I’m just a salesman trying to upsell them. No table left behind.

Is the customer always right? Ninety-nine percent, yes. But there’s always an exception. If a customer is behaving badly, I study the situation to think what it is that would make them happy. I will try to please them any way I can. But if it’s out of my control, I call Nick in to take over.

American customers could learn this from the Italian way: take time to enjoy dinner and each other; don’t be in a hurry. And have more patience. Customers sometimes get demanding I am paying so I want something now. Know that a server gets busy and that you are not the only table. It’s a relationship.

It’s super hard to be a server. It’s not easy to please everyone. But I try. I will try.

I have customers from New York, Europe, and other big cities who say Nicola’s is some of the best Italian food they’ve ever eaten. I think so too. If I didn’t work at Nicola’s, it would be one of my favorite places to eat.

Nobody owns the art of cooking. Italian food is about tradition. A lot of chefs make the plate look amazing, but when you taste it, it’s just OK. Flavor shouldn’t be sacrificed for looks. Give me less looks and more flavor. A guest should like a dish so much they crave it, they want to go back and get it again. Like Nicola’s gnocchi. It doesn’t look like much, but people crave it. Flavor should be addicting. You love it; you want it again.

Eventually I want my own place; a little place. And bring my Italy here. 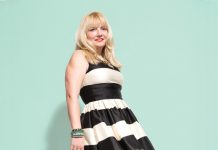