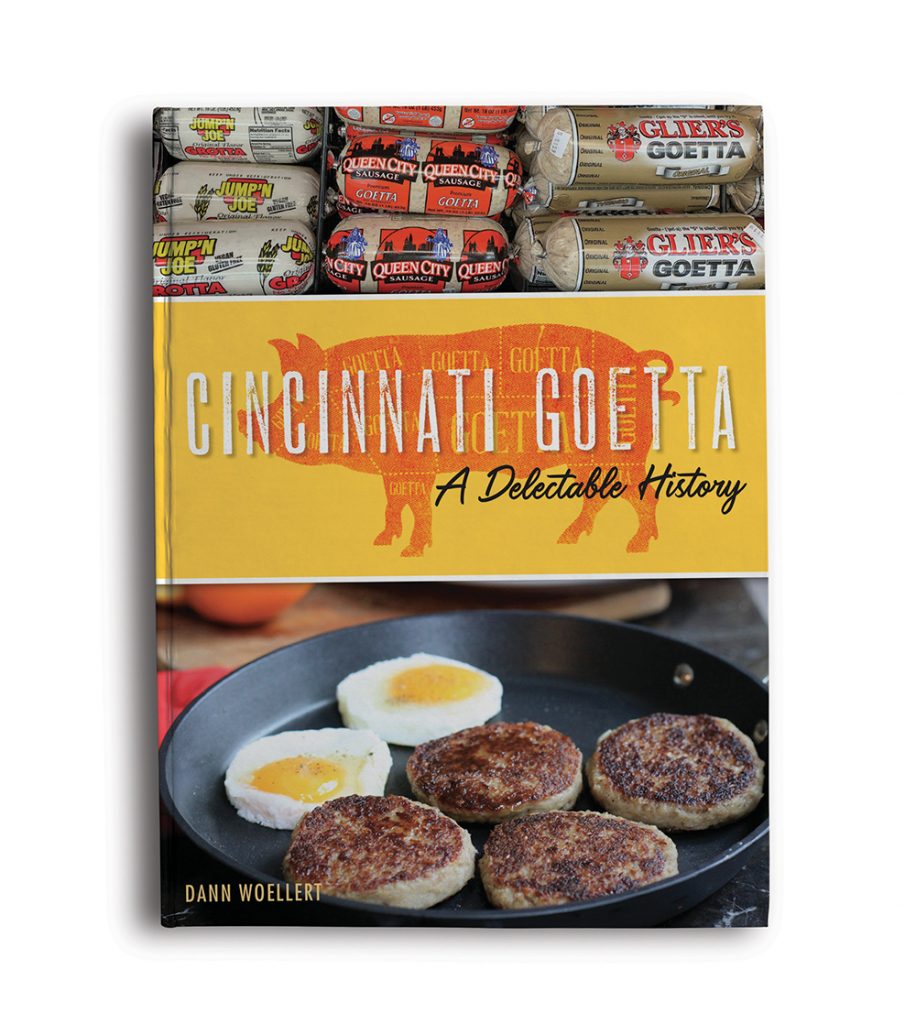 If you want to split hairs, the hodgepodge of pinhead oats, pork, and beef known as goetta, or “gudda” (the original pronunciation), isn’t actually from Cincinnati—it’s from Covington. And if that doesn’t make you flip a table, then you’ll enjoy self-proclaimed food etymologist Dann Woellert’s look into the origins of gruetzwurst, or grain sausage, in his new book Cincinnati Goetta: A Delectable History (The History Press). At the start of his research, Woellert created a (still active) Facebook group, “Cincinnati’s Oldest Goetta Recipe,” and collected local recipes, some tracing back to northwest Germany, where 19th century peasants used oats as a binder to stretch out their ground meats. Have an old recipe of your own? Woellert’s book can pinpoint its origin based on the spice combination. Glier’s and Queen City Sausage get extensive coverage, but each owes its fried pork hinds to Louise Reinersman Finke and the Covington shop she started with her husband in 1876. Her legacy lives on with Bill Finke & Sons in Ft. Wright. The goetta is still (ahem) “gudda.”