When it comes to condiments, Cincinnatians have lots of options to choose from. This year, Sam Pellerito has thrown his hat in the ring with CinSoy Foods’ locally made soy sauce.

His business idea stemmed from his history as a professional chef. With a degree from Johnson & Wales, he had the opportunity travel the world, working in different restaurant kitchens and with startup companies along the way.

Pellerito spent some time tinkering with his fermentation process and the first product on his list to create was soy sauce. At the time, he was traveling throughout Asia and tasting as many styles of soy sauce as he could find. “I would be in Hong Kong tasting all these different soy sauces and coming back home and adjusting mine,” he says. “Finally, after about two years, I decided this might be what I want to do.”

Pellerito launched his company in January but the pandemic didn’t completely stop his momentum. Despite limited hours and event cancellations, he was able to hold several tastings around town before releasing his first batch of soy sauce this summer, which sold out in a few weeks.

He uses traditional Japanese techniques that increase the “umami” (aka savoriness) of the local ingredients. And any leftovers from the fermentation process go into making a crystalized soy sauce. “If you don’t know how to marinate a steak, you can sprinkle it on there and have it completely change your meal,” he says.

Soy sauce is just the beginning for Pellerito. He’s currently expanding his lineup with tofu and miso paste, and plans to bring the products to more local retailers in the near future.

Right now, you can find CinSoy Foods’ soy sauce in various locations, including Findlay Market, Kiki, and Rooted Juicery, as well as on his website. 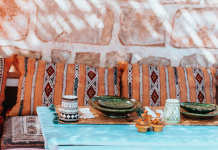