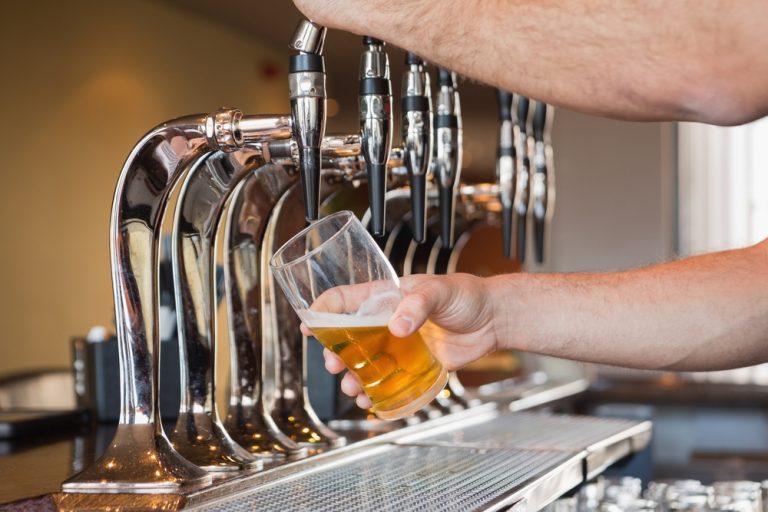 It’s no fresh news to beer drinkers that Cincinnati has lately upped the ante on its craft beer scene. Here are five of our favorite spots—some obvious, some not so much—to try or buy beer representing a variety of brewers, places, and flavors:

1. Eight Ball Brewing
The Party Source, Bellevue’s boozy wonderland, has its very own microbrewery with more than 40 regularly rotating taps (including their own beer—brewed, they say, 10 feet away) and a slew of special suds from local, national, and international breweries. 95 Riviera Drive, Bellevue, (859) 291-0036, ei8htballbrewing.com

2. Dutch’s
This Erie Avenue bar and restaurant is perhaps best known for its street-side bottle shop where you can build your own six-pack from a selection of some 700 brews. You’ll probably find at least 100 beers that you’ve never heard of. 3378 Erie Ave., East Hyde Park, (513) 871-1446, dutchs.squarespace.com

4. Cock & Bull Public House
This small Cincinnati chain has three spots around town (Mainstrasse Village, Glendale Village, and Hyde Park Square) that each serve 60 taps from all manner of local, national, and foreign kegs. Check out their tap lists online to figure out which spot best fits your style. candbpublichouse.com