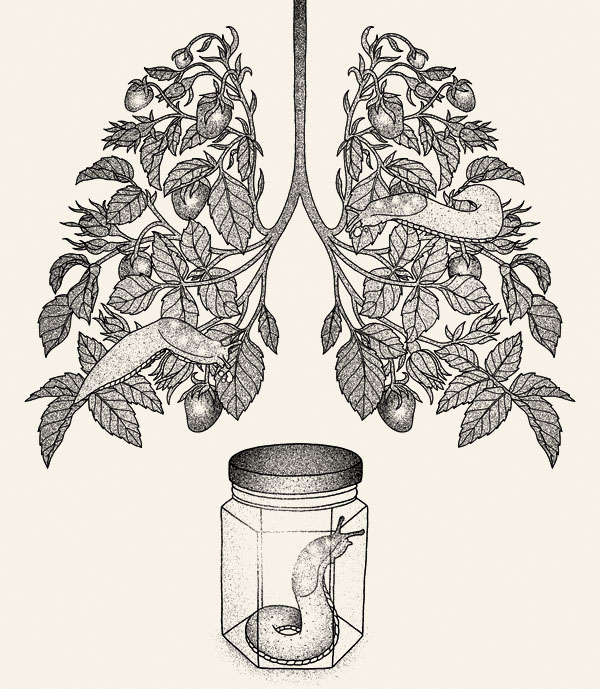 Lymphangioleiomyoma-tosis (LAM) is very much like a slow-moving cancer. A tumor develops somewhere in the body and the cells move to the lung. They infiltrate and secrete substances that dissolve portions of the lung. Seventy percent of LAM patients will have a collapsed lung at least once. It has the potential to destroy tissues and to kill.

We planned the Multicenter International LAM Efficacy of Sirolimus (MILES) trial to test the hypothesis that Sirolimus [a drug otherwise known as rapamycin that is used to prevent organ rejection in transplant patients] stabilizes lung function. When you stop taking it, lung function decline resumes. We’re suppressing this misbehaving cell, which is essentially idling at too high a rate. It’s moving too often, it’s growing too often, it’s secreting too many things, and this drug turns that off.

Most strategies that we formerly focused on were to antagonize the effect of estrogen. LAM occurs predominantly in women, so we thought just by association that estrogen must be important. These strategies include taking out ovaries or radiating ovaries, or anti-estrogen strategies using drugs. But those are also very morbid. People can get menopause when they’re 30, their bones become weak, cardiovascular health deteriorates. So it’s a morbid thing to do to a young woman. And it’s still being done in many countries. But Sirolimus is the first drug that’s been shown in a definitive way to work.

The average age of diagnosis is 35, and most women are on oxygen by 10 years after diagnosis. I had a patient who was on 10 liters of oxygen per minute; she had a tank and she had to have continuous flow. She had become almost sedentary, a bed-to-chair existence. She responded dramatically to the drug. She wasn’t able to walk her dog before and now she walks her dog every day. Another patient was told that she had to get a lung transplant. She started taking the drug, and she recently rode her bike around Mackinac Island without oxygen.

This drug suppresses but doesn’t induce remission. The brass ring is to find a combination of drugs—this one and perhaps another—that tips cells over so that they actually die instead of just behave.

There’s tremendous interest in this drug for cancer. This pathway that’s involved in LAM is central to control of energy and growth in the cell—it’s implicated in most forms of cancer. This drug has already been shown to have potential in breast cancer and in the islet cell tumor that Steve Jobs had. There are many examples where it’s being tested or proven to be useful.

I don’t think people fully appreciate the value of academic health centers and what a gem this is for Cincinnati. These trials aren’t moneymakers. No company could recoup their costs for the 1,000 people in North America who are known to have this disease. So UC Health afforded us the flexibility to do this trial.