I don’t remember what I was supposed to be looking for the first time I spotted Olga Davies’ jewelry at Quince & Quinn, but I know I was minding my own business when a small flash of light caught my attention. Moving in for a closer look, I noticed two small tables tucked away near the cash wrap, where jewelry boxes and trays overflowed with sparkly earrings and necklaces like some sort of long-lost pirate’s treasure. I was transfixed. 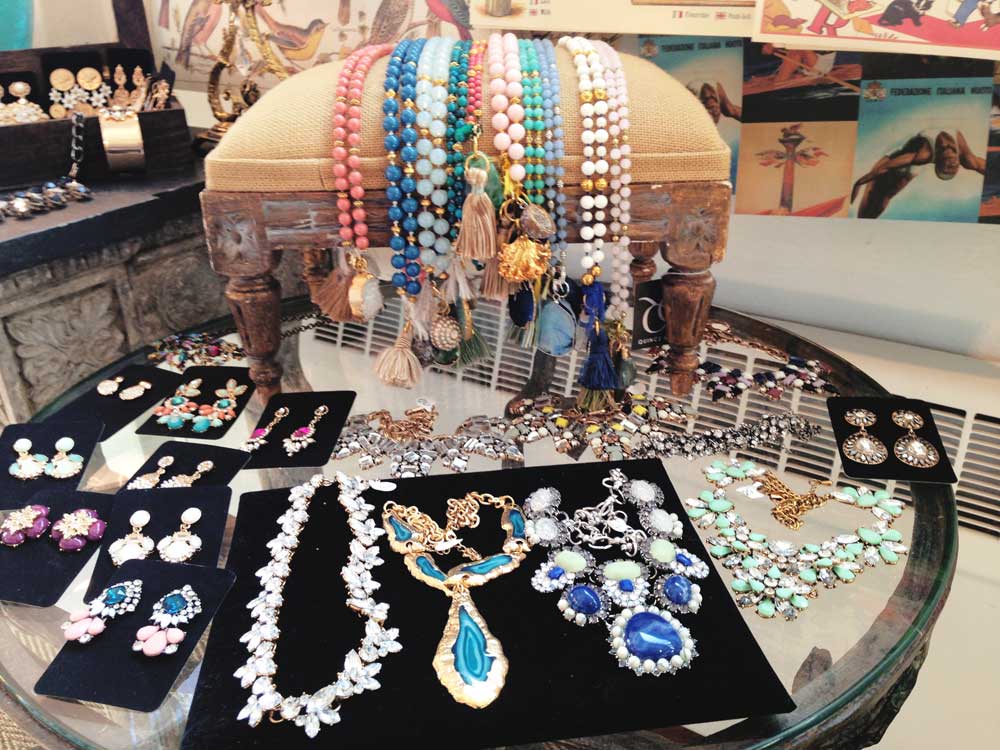 “Where is that jewelry from?” I asked my friend as casually as possible, even though I was dying to know why I hadn’t seen it before and if anyone would notice if I tried all of it on at once.

“Oh, Olga makes that jewelry,” she said innocently, as if this wasn’t groundbreaking news. “Isn’t it great?”

Clearly I’m late to the game, because to many, it’s not news. “I started beading 25 years ago,” says Davies when we chat on the phone. Originally from Puerto Rico, she came to the US and moved around a bit, learning metalsmithing and gemstone setting techniques before settling in Cincinnati. As a result, her designs are an intriguing combination of vintage and modern, the products of a highly satisfying process. “I feel very sentimental and peaceful,” she says of the time she spends making jewelry at her home.

While many of Davies’ designs are inspired by everything from color of the year to runway fashion (she’s currently making jewelry inspired by Ralph Lauren’s collection), her pieces are unique enough to wear with everything from dressy to casualwear. “I’m a mom,” says Davies. “My theory was if I put on jeans and a t-shirt and something sparkly, people would think I tried.” 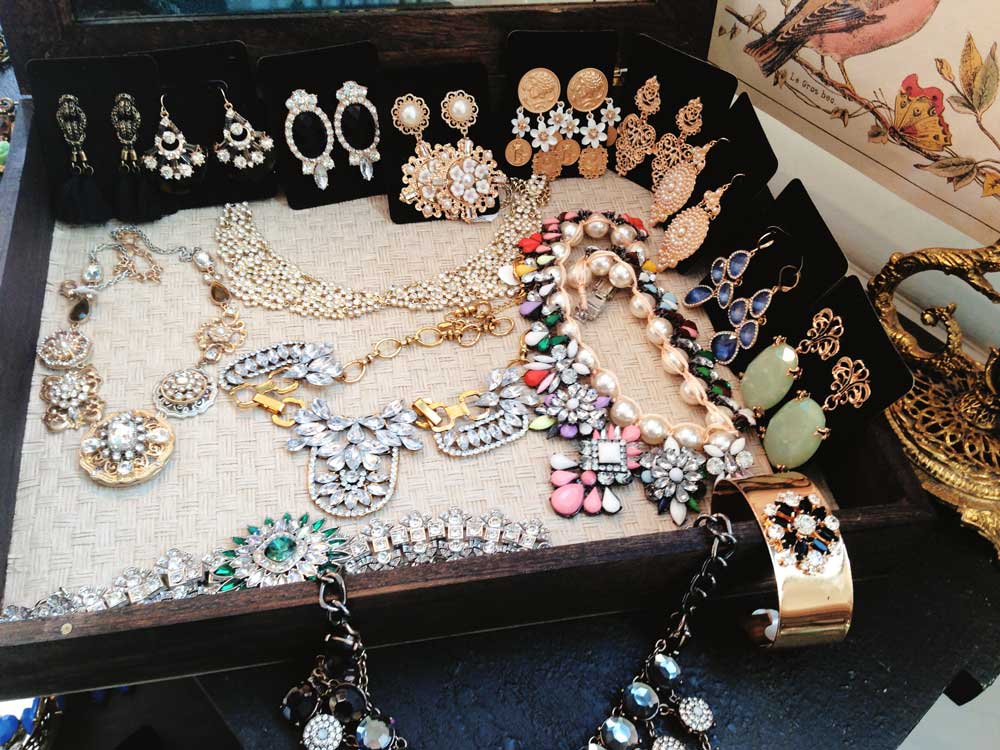 A self-described bauble hoarder, she loves shopping in New York for vintage jewelry to break apart and re-design. And she never knows when inspiration will strike: “There are things I’ve had for 15 years,” says Davies, who estimates she has over 800 jewelry pieces in her personal collection. “And one day I’ll get an idea and think Oh! I have that!”

Most of Davies’ designs are in the $35–$200 range, depending on the item and the age of the rhinestones. If you need a custom design, that’s an option too: One of Davies’ favorite projects was for a man whose wife had lost a favorite earring, and he wanted to do something with the remaining one. Davies made the earring into a pendant necklace, and created a new set of earrings to go with it. “He sent the nicest note,” she recalls. “His wife was so happy.”