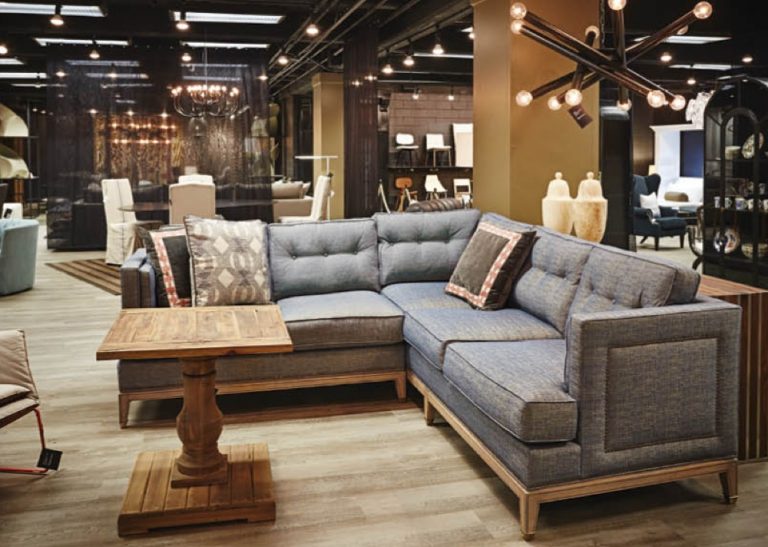 When Matt Knotts and Leah Spurrier decided to merge their separate downtown businesses—Knotts owned lifestyle store Aesthetica, while Spurrier’s Lifeesthetics boutique was just down the street—into one brand in 2003, they had a shared vision of bringing eclectic decor and design to the city. By 2006, the duo’s collaboration, HighStreet, had moved into its current downtown location: a three-level, 16,000-square-foot former Chrysler showroom. But, really, the store never stops evolving. In September they expanded again, renovating the second floor to feature furniture as well as a textile library available for retail and design firms.

HighStreet has always offered a full array of home goods—textiles, kitchenware, light fixtures, furniture—with goods spanning the spectrum from whimsical (colorful jute baskets and Tibetan snow lion finger puppets) to high style (Dash & Albert rugs and custom-made furniture). But a new second level allowed them to create an open showroom solely for furniture buyers, bringing their offerings out beyond catalog pages. You’ll find Gus*Modern sofas and tables alongside John Robshaw throw pillows and duvets. While the overall vibe is distinctly modern and upscale, the goal is that HighStreet’s diverse collection will lend itself to what they call “boundary-free [decor] blending,” characteristic of modern London style.

If they don’t have the piece you’re looking for, Knotts’s and Spurrier’s extensive design network means they can find and order most anything. “The range and amount of materials we have access to—we work with hundreds of vendors both locally and abroad—is frankly unlike anything you can get anywhere else [in town],” says Spurrier. “We like beautiful things, and we want to offer that here.” Adds Knotts: “Design can really affect people in ways they don’t expect or think about.”

It hasn’t always been an easy road for HighStreet. The 2008 recession meant pay cuts to avoid layoffs. In 2010, the building went into foreclosure after their landlords left. Spurrier and Knotts worked to purchase it, but the process took two long years. “We almost had to close,” says Spurrier. But that was then. Now, the duo hopes another expansion is in the cards. “We’ve looked at creating an online presence again, or maybe franchising,” says Knotts. “We’ve got several ideas we’re considering for our next step.”

Good To Know
HighStreet has a design studio and furniture upholsterer on site, so they can custom-make just about any piece of furniture. They try to locally source supplies as much as possible, too. Win-win.