Frank Welling was given a free 1980 Yamaha motorcycle at age 24, some decades after its prime. So he rebuilt it in his garage, using YouTube videos for reference. Ever since, Welling (now 30) has continued to cultivate his interest in motorcycles while working in the restaurant industry. Last November, Welling began working to open a motorcycle culture store. The result: Camino Motor Co., now open on Main Street in Over-the-Rhine.

Camino is not a motorcycle gear store, but rather a store that accompanies the lifestyle of the DIY motorcycle owner. “We’re not going to have a lot of riding equipment like leathers or armored jackets,” Welling says. “We want to fit the lifestyle that goes along with owning and building your own motorcycle.” Basics like gloves and helmets will be sold, but Camino will also carry locally crafted knives and jewelry, as well as vintage motorcycle apparel like jackets, Harley-Davidson T-shirts, and national brands like Iron and Resin and Brixton.

“I don’t think motorcycles have ever not been cool,” Welling says, “but they are on an upswing in popularity right now. That, and people are just more willing to work on things with their hands and try things out.”

Camino won’t serve as a motorcycle repair shop, but they will sell custom-built bikes. To start, the bikes will be cafe racers—small motorcycles known for their customizability and simplicity. Down the road, Welling sees potential for a shared garage space with other local motorcycle owners. “These old bikes that people ride as much as they do need to be worked on a good amount,” Welling says. “It would be a collective garage with shared tools and an on-site mechanic to help people with repairs.” While this idea is a few years down the road there is already interest being shown.

“There was no real place for the motorcycle community to go,” Welling says. “The motorcycle culture here just shopped for their goods on their internet. We needed a hub. I saw these types of places pop up in bigger cities, so I decided to try to create that here.” 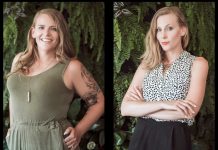 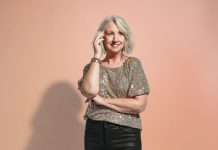 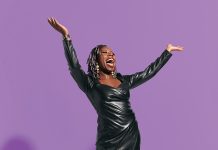 Jeffonia Wynn AKA Ms. Ebony J’s Style Is All About Confidence