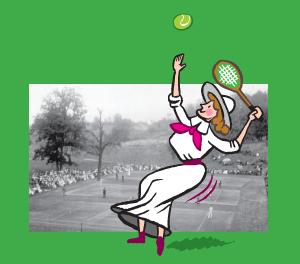 1899- The Avondale Athletic Club, located at what is now Xavier University, held the first ever “Cincinnati Open.” Thirty-six players entered for their chance at the titles, making the event larger than that year’s U.S. Championships. 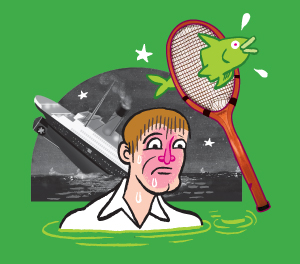 1912- In April, Richard Norris Williams II boarded the Titanic for his trip across the Atlantic. Williams managed to survive the sinking by holding onto a raft in the freezing waters for six hours. His doctor recommended leg amputation, but Williams chose the riskier therapy route. Three months later, he entered the Cincinnati Open. 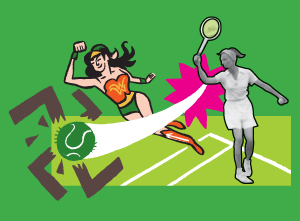 1940- Alice Marble won the singles and doubles tournaments. Marble went on to spy for the U.S. against the Nazis in World War II, and later worked as an associate editor for DC Comics’s Wonder Woman. 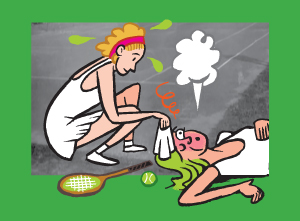 1969- The women’s final, an intense match between Leslie Turner Bower and Gail Sherrife Chanfeau, takes an incredible three-and-a-half hours and only ends when Chanfeau collapses on court. “We’re too alike,” Chanfreau later said. “Neither would give up.” 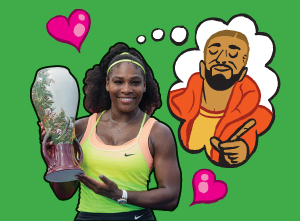 2015- After she won her second W&S title, Serena Williams dined at Sotto with Drake. The dinner caught national attention when TMZ shared a blurry photo they claimed showed the two locking lips. Love-love.