Home Sports Hockey Cincy Obscura: Behind the Scenes in the Cyclones Equipment Locker 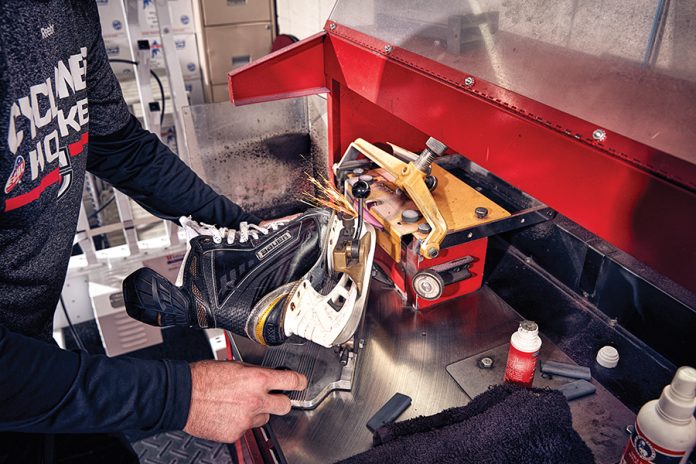 Chris Burke’s realm at U.S. Bank Arena is a kingdom of fire and ice. Well, maybe not fire exactly. But there’s a blade-sharpening machine that sends sparks flying like crazy when a skate’s edge needs touching up, and just steps away is a freezer full of ice-cold pucks. Burke, the equipment manager for the hockey team, explains that every puck is pre-chilled to keep the rubber stiff. Because, he says, “you don’t want it to bounce.”

Although Cyclones players customize their own sticks—adjusting the length and wrapping the grips just so—Burke is in charge of the care and handling of the rest of the gear. He makes repairs when uniforms get ripped or cut, puts the names on jerseys of new players, fixes rivets that pull out of skates, and sharpens blades whenever an individual player says that his steel has dulled. Which is pretty often.

Burke spends about two and a half hours sharpening skates after a game. The only thing more time consuming: Cyclones laundry. “You got to keep ’em smelling good,” he notes. 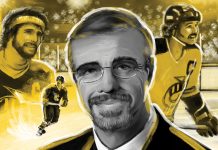 Rick Dudley Reflects on His Time Playing for the Cincinnati Stingers

The Voice of the Cincinnati Cyclones Heads to the NHL 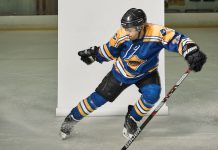