Tom Verducci knows more about baseball than I know about most things, save for perhaps the inner-workings of Dom Toretto’s gang and the varieties of Oreos available at your local grocer. When the senior writer at Sports Illustrated writes, it’s generally wise to pay attention, and he recently wrote about Eric Wedge’s comments suggesting sabermetrics were a cause of former top prospect Dustin Ackley’s ugly decline in production. In the article, Verducci spoke with Rays pitching coach Jim Hickey about how information can clutter the mind of hitters and stymie their aggressiveness.

“First of all, if you’re up there thinking, you’re done,” Hickey is quoted. “Secondly, hitting is so reactionary. Pitching, nothing happens until you’re ready. You size up the situation, you line it up, and decide what you want to do with your delivery. As a hitter all you can do is react.”

This may seem like an odd point to discuss when considering the Reds. Joey Votto, the team’s best hitter and unquestionably one of the top five hitters in baseball, is anything but a reactionary hitter. In fact, he may think more at the plate than any other batter. But it works for Votto. He is able to translate the numerical data learned from studying tendencies and analyzing numbers into a sound approach at the plate. Votto’s ability to process information instead of letting it clutter his mind may be his most valuable asset.

Behind Verducci’s piece, though, is an overarching idea that was never overtly stated. It’s that there needs to be at least somewhat of a balance between the statistical world and the on-the-field product. Baseball has done a good job of blending the two schools of thought thanks in large part to a strong contingent of respected, veteran (read: old) writers embracing statistics as an integral part of today’s game. But, like Verducci alluded to, leaning too far one way can be troublesome.

He spoke in terms of batters, but the sentiment could be applied to baseball writers as well. So under the subtextual guidance of Verducci, I thought it fitting to write a column relying on my eyes more than the statistics.

But it’s not over-thinking at the plate that I’m worried about with the Reds. It’s Johnny Cueto.

The Reds pitcher was placed on the disabled list for the second time this season due a strained lat muscle. Cueto has a delivery that is not kind to his back muscles. He rotates his hips almost 270 degrees when pitching from the windup, whips both legs around like they are axons on a windmill. 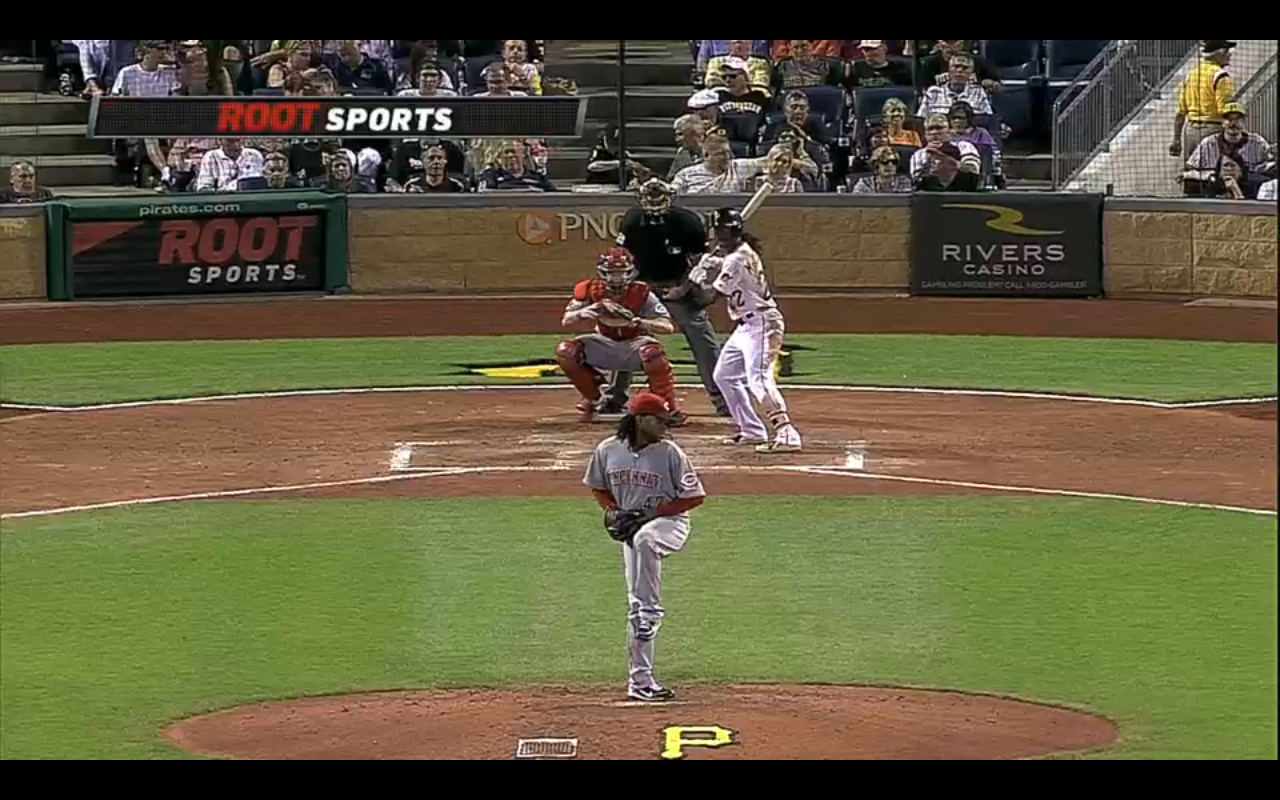 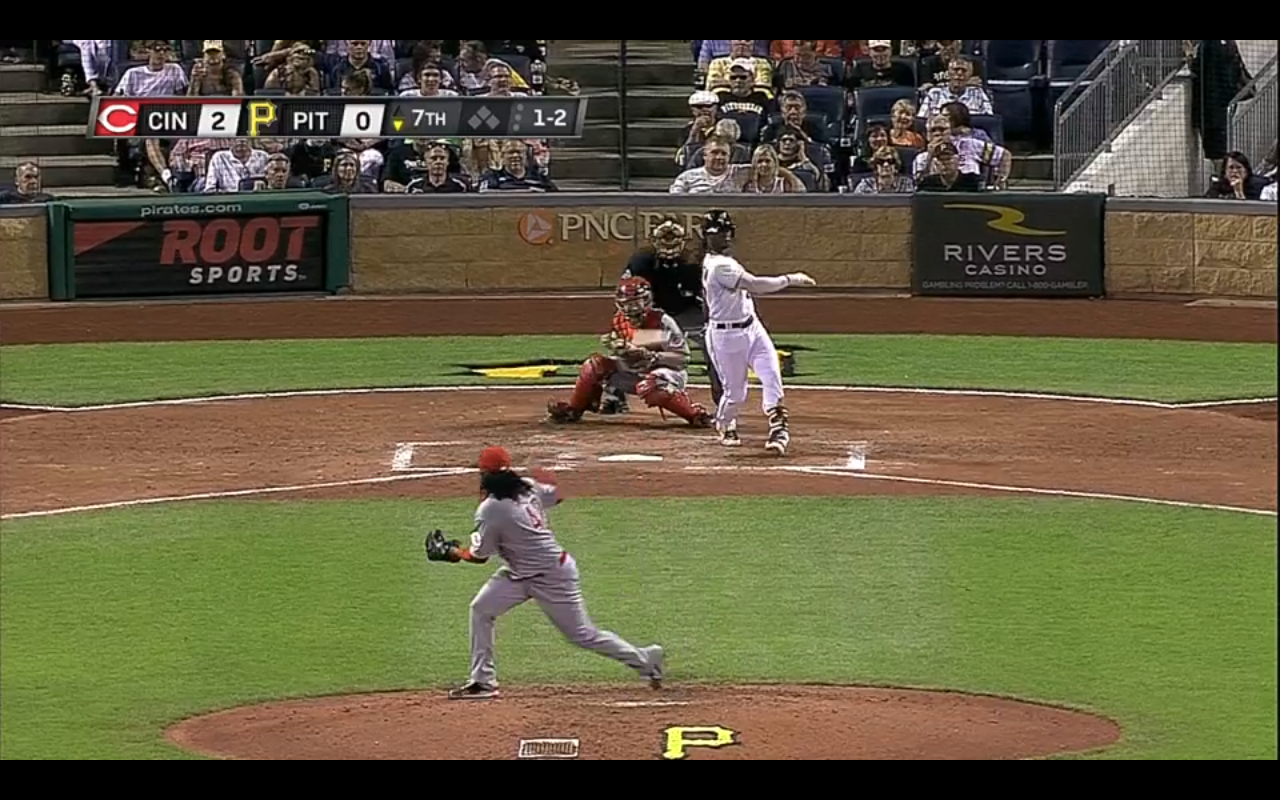 Cueto’s delivery is one of the most taxing by a starting pitcher today and the physical effects of the heavy rotation are exaggeratedbecause of his frame. Cueto is listed at 5-11, 217-pounds (though that’s likely before he snagged a few pastries from ‘Roldy), which is shorter and stockier than most starters, and certainly smaller than most staff aces. He has never looked the part of a staff ace from a physical standpoint. His movement on the mound and fielding his position is about as graceful and elegant as I imagine a Ryan Hanigan triple would be. This is partly why Cueto is seemingly using his whole body to hurl pitches—he does not have the physical gifts to blow hitters away with a simple delivery. But let’s take a look at exactly how much more movement Cueto has in his spinning delivery compared to a pitcher with minimal extra movement.

I watched Cueto pitch over his last two starts and then looked at the tape side-by-side with Homer Bailey, who is very much Cueto’s opposite in terms of stature and mechanics. Bailey has a very easy delivery and the added benefit of standing 6-4, 230. Looking at the pitchers at the beginning and end of their deliveries gives you a good idea of how much extra strain Cueto seems to be putting on his body. 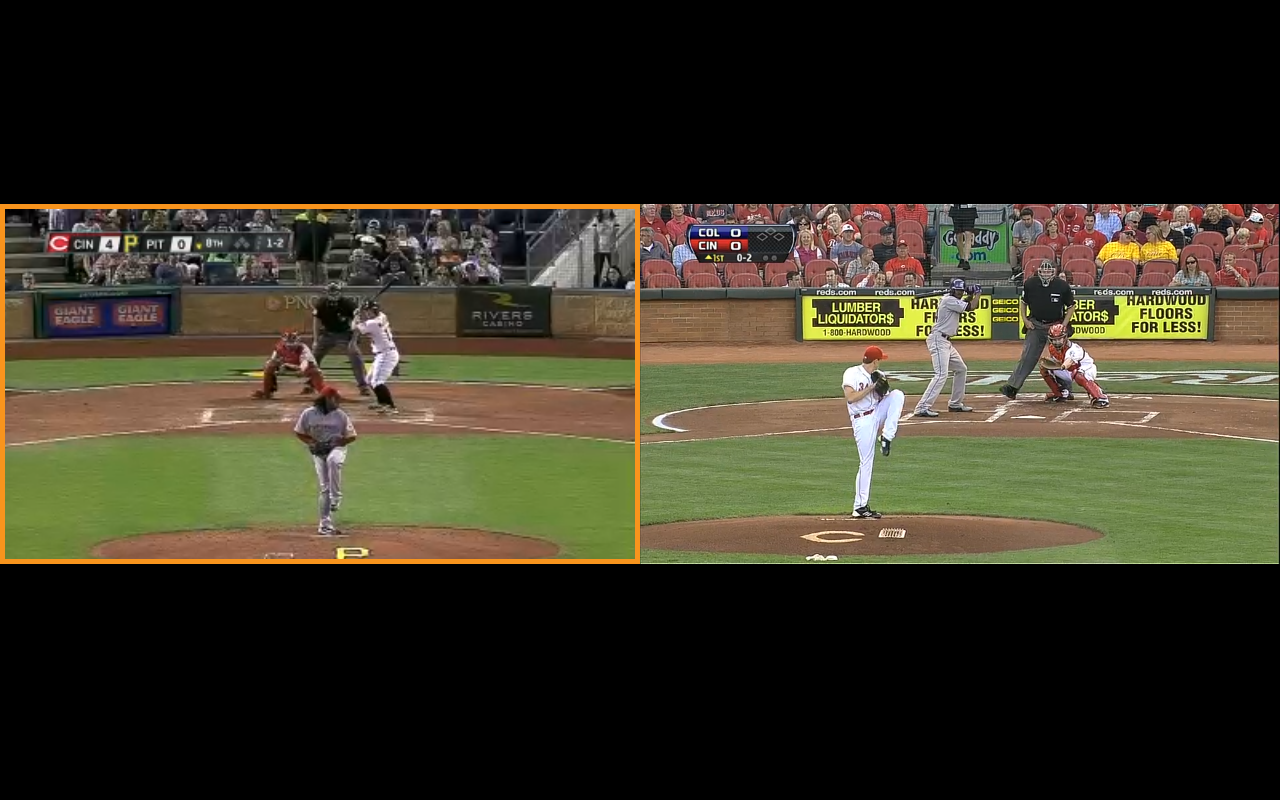 Cueto’s left leg is nearly perpendicular with his right leg, while Bailey’s high leg kick is almost perfectly parallel with his plant leg. By my calculation, based on my junior-year geometry class, that is approximately 90 more degrees of rotation by Cueto. (I am careful to not call it unnecessary or wasted movement, however. In fact, I imagine that additional rotation gives Cueto a bit more velocity. And if it does, it can’t be considered wasted movement. Harmful, sure. But not wasted.)

Now let’s look at where the pitchers finish their deliveries. 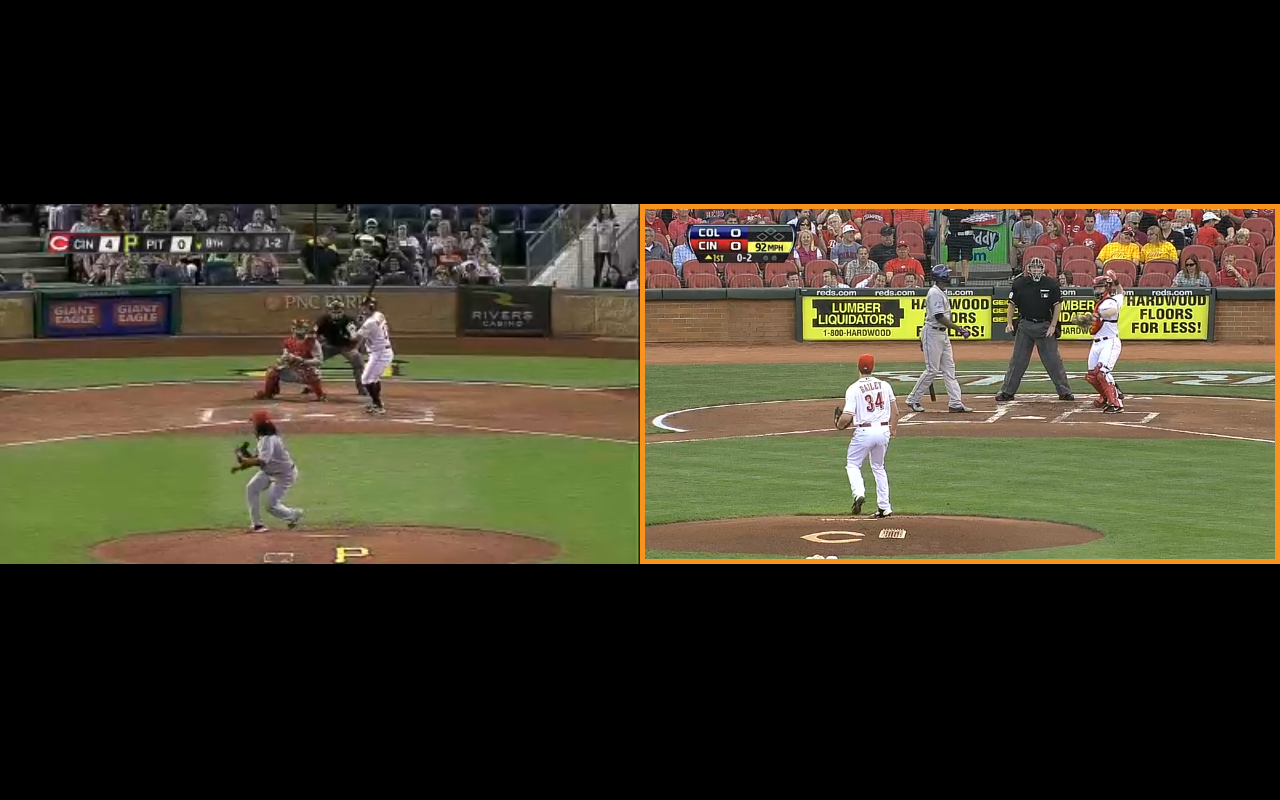 Bailey hasn’t quite rotated 90 degrees, yet he was able to toss a 92 MPH fastball. Cueto, meanwhile, has moved from having his torso facing second base at the beginning of the wind up, to facing first base by the end.

To get a feel for the difference, try the two windups. Replicate Cuetos motion, twisting your body 270 degrees, and then try Bailey’s windup. You don’t even have to move quickly to feel the difference in the two motions.

If Cueto was bigger or more athletic, perhaps he could get away with it. But unless he makes some changes in his delivery mechanics, which he contemplated following the first lat injury earlier this season, I think it’s very possible that Cueto will continue to have injury issues. A change in mechanics may mean a dip in velocity, but Cueto has always had a variety of pitches at his disposal. Losing a little zip on his fastball should not change his production dramatically.

Adam Flango is a video producer at CBSsports.com. He does not have any experience in the medical field, but he did stay at a Holiday Inn Express last night.