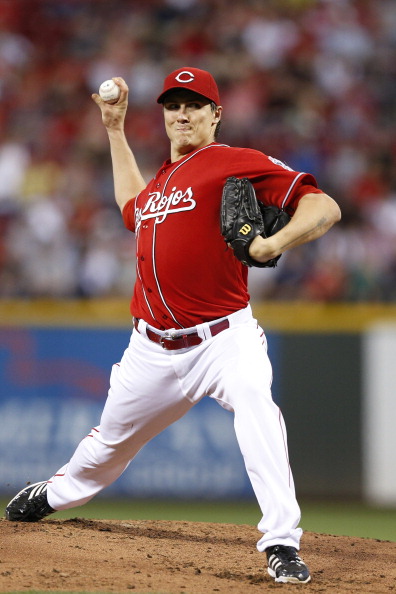 The next time Homer Bailey drops an F-bomb during a postgame interview, he’ll have plenty of spare change to cover any subsequent fines.

The Reds starting pitcher recently agreed to a six-year, $105-million extension with the hometown ball club, including a mutual seventh year option. It’s a hefty haul for the 28-year-old right-hander with only two strong seasons on his resume, a reservation plenty of fans voiced before Bailey could even put his ink to the contract. And despite the fact that these were largely the same fans who would have raised hell had the Reds let Bailey walk in free agency or dealt him for prospects and cash, they aren’t entirely wrong. It is a lot of money to throw at a guy who plays every fifth day and is one awkward motion away from the words “Tommy John.” But is it TOO much? Not really.

Paying for starting pitching is like eating at an airport deli. No, that turkey sandwich shouldn’t cost $16, but you’re hungry and only have 45 minutes in Dallas before you have to be at Gate C. Pay the ridiculous price for the sandwich or go hungry. Those are your options.

Pay for Homer Bailey or roll out the likes of Jimmy Haynes and Joey Hamilton every other day. Those are your options.

The Reds are choosing to invest in a homegrown talent that is trending in the right direction, a player who was a top-of-the-rotation arm last season and has gotten markedly better each of the last three years.

For starting pitchers, 200-plus innings and +2 WARP is a great place to be and a quick way to earn a $100-million pay-day. But what is easily the most intriguing stat/improvement for Bailey over the past few seasons is the jump in his fastball velocity from 2012 to 2013. After a handful of seasons with a fastball that averaged out around 92 mph, his speed jumped to an average of 94.1 mph last year—a major factor in that increased K-rate. There’s no doubt that a substantial chunk of that $105 million rests on whether or not those velocity numbers will stay the same this coming season and beyond.

In fact, even with a strong 2012 showing, Bailey’s 2013 performance is what made him a $100-million pitcher. As Dave Cameron wrote for FanGraphs, “It’s also a pretty big bet on what amounts to one year’s performance at this level.”

So yeah, for the Reds front office, it could blow up in their face. But if a small market club doesn’t put up big bucks to keep young, promising talent on the roster (guys like Votto, Bruce, Chapman, Latos, and Bailey), then that only leaves them with the endless hamster wheel of flipping those guys for prospects and continually pushing the window for success back by 3-5 years until time becomes a flat circle.

At the very least, the Reds are doing what they can to win right now. And for me, that’s better than the contrary.