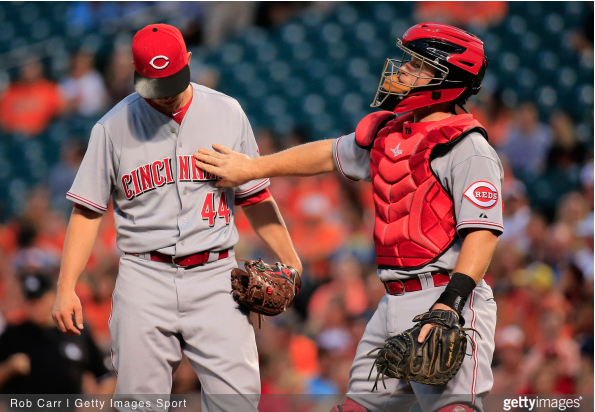 It seems like just yesterday I was making occasionally forced comparisons between the young National League Central race and the early days of summer, when even the Reds felt like a contender.

We’ve very nearly reached the inevitable end: the annual rite of overnight chills and the Cardinals running away with the division.

2. Milwaukee Brewers (73-67) – Heat check: The dying embers of an all-night bonfire. Let’s set aside our differences, everybody-but-St.-Louis. We’ve had our problems, sure—hands to yourself, Brewers and Pirates. But each of us knows a similar pain, of striving but having to settle for No. 2, or worse. Let’s form a support group.

3. Pittsburgh Pirates (71-68) – Heat check: Broken heater in the car you’re too cheap to fix. Our first order of business is a group hug for our new friends in Pittsburgh. They’ve weathered injuries and close losses and bullpen implosions to stay in the hunt all the way to September, yet not even the superhuman efforts of Josh Harrison—the Pride of Princeton High—could prevent what is likely a season-ending sweep in St. Louis.

4. Cincinnati Reds (66-74) – Heat check: That pair of shorts it’s way to late in the season to break out. The Red malaise comes from a different but equally trying place. This team isn’t getting younger. But instead of trying to rebuild, it tried to wring one last run out of those aging legs. A second-half swoon put an end to those hopes, and now even the Cubs look set to pass the Reds by in the coming years.

5. Chicago Cubs (64-76) – Heat check: That ever-growing stack of reserve firewood behind the shed. What Grantland referred to as the Cubs’ “inverse rebuilding” strategy—loading up on young bats while picking up pitchers on the cheap—is helping to inspire a surge of optimism on the North Side. And even if it falls flat, this is a franchise that knows all about the value of group therapy.