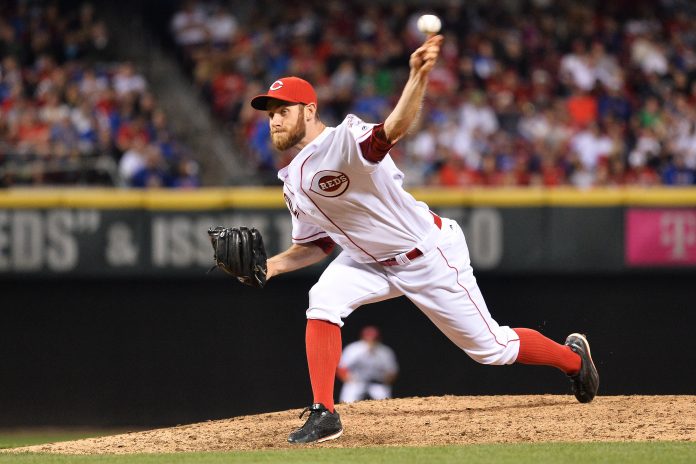 That’s right, Reds fans, it’s time for another update on how the 2017 Reds are shaping up (because we all want to put our hands on our ears and sing “lalalalalala” when it comes to talking about how things are shaping up this year). Today, I’m going to wade all the way into the deep end…

So, about that bullpen.

Let’s start with a list of all the pitchers who have pitched at least five innings in relief for the Reds this year and a quick assessment of which of them will be on the team next year: 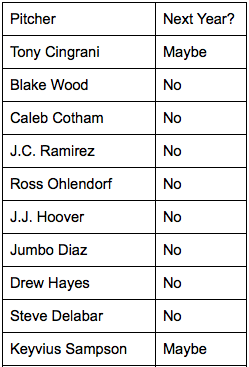 Yeah. See that? That’s a whole bunch of no and two maybes. Also, that bullpen is old. The only reason the maybes are maybes is that they’re still young enough to maybe figure it out. Everybody else? Not so much.

So what about next year then? If you have paid attention at all, it has likely not escaped you that the Reds have had all the pitching injuries this year. In an ideal world, the starting rotation probably looks something like this next year:

Now, injuries do happen (just usually not to the constant and debilitating degree of this year), so you have to keep a couple of guys ready in case someone goes down. Let’s say the Reds keep Amir Garrett and, I don’t know, Rookie Davis in reserve at Louisville should someone go down.

Now, who’s ready for the big leagues without a spot in the rotation? John Lamb, Jon Moscot, Brandon Finnegan, Dan Straily. That, kids, will get you through the last three innings just fine. Who ends up pitching in what spot isn’t really the point, though. You can shuffle guys around however you want.

The point it that a great many effective relievers are starters who didn’t quite pan out. Mariano Rivera was supposed to be a starting pitcher. So was Sam LeCure. (Just giving you both ends of the spectrum). Relievers are weird. They are often only good for a couple of years, which is why it’s generally not wise to spend a ton of money on them (See: Marshall, Sean). And often, the difference between being an effective starter and an ineffective starter is whether or not you have a good third pitch. Guess what? You don’t need three pitches to pitch an inning. Two will do just fine.

Do I know who’s going to be in the bullpen next year? No. I have no idea. But it won’t be the crew that’s been run out there this year, and that’s a good thing. It will be a much, much better group of relievers who will leave you a lot more comfortable.