My favorite aspect of advanced stats is comparing what I see with my eyes to what the sabermetrics suggest. Focusing on only one side of the saber divide feels rather short-sighted and naïve; ignoring the advanced stats is archaic and ill-advised, but so is looking only at the numbers and removing any human element. For example, claiming a player doesn’t feel or seem clutch is kinda stoopid, but I’d think the same thing about claiming a player’s performance isn’t impacted by the gravity of a particular situation.

ANYWAYS, my eyes have been suggesting to me of late that Jay Bruce is playing very good baseball—underrated in relation to the noise surrounding him. For the most part, the stats back this up. Through nearly 500 plate appearances in 2013 (the magic “sample size” number), Bruce is on pace to have the second best season of his career, behind only his 2010 campaign. He’s currently hitting .274 overall, with a .324 OBP and .509 slugging for an OPS of  .832. His corresponding 2010 numbers: .281, .353, .493, .846. (His 2012 OPS clocked in at .841 thanks to a slightly higher OBP and slugging, but his 2013 batting average is more than 20 points higher, and his current wins above replacement (WAR) and weighted runs created plus (wRC+) are both above the final 2012 tallies as well.)

Bruce is performing well in terms of traditional stats, too. His 24 homers and 31 doubles lead the squad, and his 78 RBI are second only to Brandon Phillips’s 84. And I know it’s all the rage to look down your nose at homeruns and RBI these days, but my goodness, it’s not like it’s a bad thing to post big numbers in these areas. His fielding statistics have dropped this season (his UZR is currently -1.0 for 2013, compared to 19.6 in 2010), but his defensive runs saved above average (DRS) is at 11 for the season, the second-highest of his career (17 in ’10). Also, I don’t completely understand advanced stats for defense, so let’s move on. Quickly.

The most obvious explanation for my eyes being impressed with Bruce is his overall hitting performance. Aside from his .274 avg being trumped only by his 2010 performance, his .338 BABIP (batting average on balls in play) is the highest of his career, as are his line drive percentage (26.3 percent) and homeruns-per-fly-ball rate (20.5 percent).

So what’s the bad? What are the homers and batting average and line drives forcing me to overlook? The answer is simple: strikeouts. Adam Flango touched on this issue earlier in the season, and while Bruce has improved since then in certain areas (batting average and OPS, most notably), the strikeout stats have held strong. His 137 Ks this year have already overtaken the 136 he had in 2010, and that number is also likely to surpass the career-high 158 he tallied in 2011 and 155 last season. Bruce’s strikeout percentage (28 percent) is currently his highest (meaning worst) single-season number since he came to the majors in 2008, contrasted by a walk percentage that’s a career-worst at 6.9 percent. His swing percentage is tied with his 2008 number at 51.2 percent, while his contact percentage is at an all-time single-season low of 70.7 percent (not to mention a swinging strike percentage of 14.7 percent, also a single-season high).

My eyes aren’t totally deceiving me. Bruce is having a strong year overall, and will likely finish with his best all-around numbers since 2010. He’s clearly the third or fourth most reliable bat in the Reds everyday lineup, depending on how you feel about Phillips—which ultimately depends on how many runners are on base. And when he’s making contact, Bruce is hitting better and more efficiently than he has at any point in his six-year major league existence. The problem, obviously, is…well…making contact. 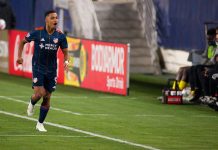 FC Cincinnati and the Chicago Fire Battle in the Basement 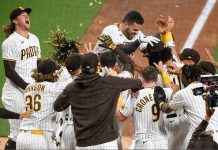 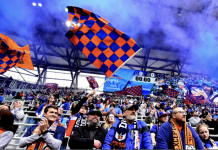