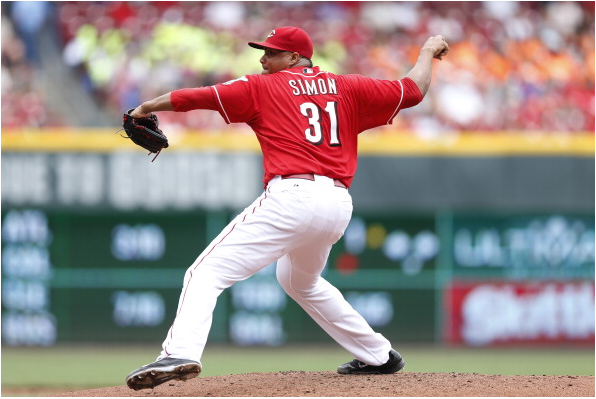 Fettucine Alfredo is not a dish born out of a bastardization of a traditional Italian pasta. Nor does it translate into ‘noodles that will make you hate yourself a little.’ The cheesy, goopy entree filling tables at your local Olive Garden was actually created in Italy. It began in the early 1900s when a chef became concerned about his pregnant wife’s lack of appetite. Alfredo di Lelio, who lived in Rome, created a rich, high-calorie dish with butter and cheese. In Italy, it’s referred to as pasta al burro—pasta with butter. But di Lelio was cooking for two, so he added more butter than usual plus heavy cream, making the first incantation of the dish as we know it. The journey from Italian home to American kitchens is a bit murkier. It may have been American silent film stars that tasted it and sang its praises or it could have been di Lelio himself moving to New York and opening a restaurant that featured the creamy concoction. Sometimes origin stories are more fun to imagine than to prove as fact.

The dish was born out of necessity, a last resort for man looking for answers. It’s fitting then that Reds pitcher Alfredo Simon has assumed the nickname ‘Big Pasta.’ Yes, the 6-6, 265-pound pitcher does look like he knows his way around an Olive Garden, but more than that, he was in no way the first choice as a starter for the Reds this season. He’s hardly been a first choice for any role during his seven years in the majors. The 33-year-old just keeps chugging along, though, one toss after another.

In reality, Simon (pronounced like Simon Says, not see-MOAN) has no business starting for the Reds. Simon was born in Santiago, Dominican Republic—one of the lucky ones to receive a contract in the United States. He signed with the Philadelphia Phillies in 1999 as a 19-year-old, but toiled in the minors for almost a decade. For some time, he looked destined to become one of the estimated 90-95% of Dominican players to never advance past the minor leagues. He was a trade add-in, a free agent signee, traded back to teams that didn’t want him before, released again and so on. Alfredo Simon was an afterthought when he began pitching regularly out of the bullpen for the Orioles in 2010, a utility reliever who backed in to 17 saves that season. Over the next two seasons, Simon vacillated between ineffective starter and long relief pitcher in Baltimore before becoming a full-time middle reliever in Cincinnati when the Reds claimed him off waivers in 2012.

Nothing about Simon’s game appeared to be the stuff of a solid big league starter. He threw fastballs of various varieties. A cutter that doesn’t cut all that much, a sinker that doesn’t sink much either. There was a curveball, but it was used sparingly. He didn’t throw particularly hard either, with an average velocity of around 94 MPH. He didn’t have an exotic motion, just a simple windup with no air of deception. He was emotionless on the mound, save for a permanent scowl that was either the byproduct of focus or chewing tobacco.

So there was little to no expectations when he began the season as the Reds fifth starter due to Mat Latos’s stint on the disabled list to open the year. Just like the pasta he is almost certainly not named after, he was a product of necessity, a temporary fix to a temporary problem. Youngster Tony Cingrani was supposed to realize his potential and cement the back end of the rotation when Latos returned. Simon was a placeholder for more talented pitchers.

Then the temporary solution began performing to standards befitting of a permanent role. Simon leads the National League in wins with 10. His ERA is a strong 3.05 and falling. He has earned a Quality Start (Minimum 6 IP while allowing 3 ER or less) in 12 of his 14 starts after beating the Pirates Wednesday night.

Simon had been a good reliever for the Reds the past two years, averaging 2.78 ERA and 1.22 WHIP over 99 appearances. But that was as a reliever. Today, he is putting up similar numbers at more than double the innings. After Wednesday’s game, he had already thrown more innings than he had in either 2012 or 2013. He’s just five starts away from exceeding his career starts prior to this season. And all at the age of 33.

The list of mid to late career pitchers transforming from effective middle relief pitchers to effective starters is not long, nor is the list of 33-year-old journeymen that blossom into rotation staples. In baseball, late bloomers arrive at 28 or 29 years of age, not 33. Basically, he shouldn’t be pitching this well and batters seem to agree. Hitters whip bats off the turf after hitting a lazy pop-up or soft grounder, blaming themselves for not hitting a pitch they think they should have. They mutter to themselves after strikeouts, wondering how someone that primarily throws hard and straight managed to get the best of them.

But Simon seems unfazed, motoring through the first half of the 2014 season like this kind of success is old hat. Unfortunately, there is evidence to back up the batters frustrations. His peripheral numbers—a high xFIP, low strikeout-to-walk ratio, etc.—suggest that this success will only be what it was intended to be all along: temporary.

The regression seems inevitable, but the beauty in returning to normalcy is that it’s nearly impossible to gauge exactly when that regression will occur. It could be a slow burn, with Simon stringing together a few four-run starts followed by a five- or six- run start. It could be an implosion, with a few consecutive starts where he doesn’t make it out of the third inning. Or it could wait until next year.

There may be some way to determine the tipping point for Simon’s production, but looking at baseball through practical binoculars can make a fan pessimistic. With the other shoe ready to drop, or lower slowly, at any given time, it can take away from appreciating the weird outliers that the game always seems to provide. Alfredo Simon is unequivocally one of these weird outliers, but it’s fun to watch him succeed against all logic.

So screw the healthy salad or lean protein. I’m embracing the unhealthy mess of Alfredo until it makes me sick.