Home News The State of Education

Education is a fundamental pillar of society, paving the way for children to become productive members of the community and creating a common understanding of the world around us. Yet education is also a nebulous creature. By necessity, it morphs and evolves as the world itself morphs and evolves around us. Change within the constructs, execution, and evaluation of education is necessary, of course—and good. But change also comes with growing pains. Educators today are tasked with navigating the new and sometimes cloudy waters of educational evolution, and that’s not a small assignment. Here are your CliffsNotes of today’s most pressing topics in education. 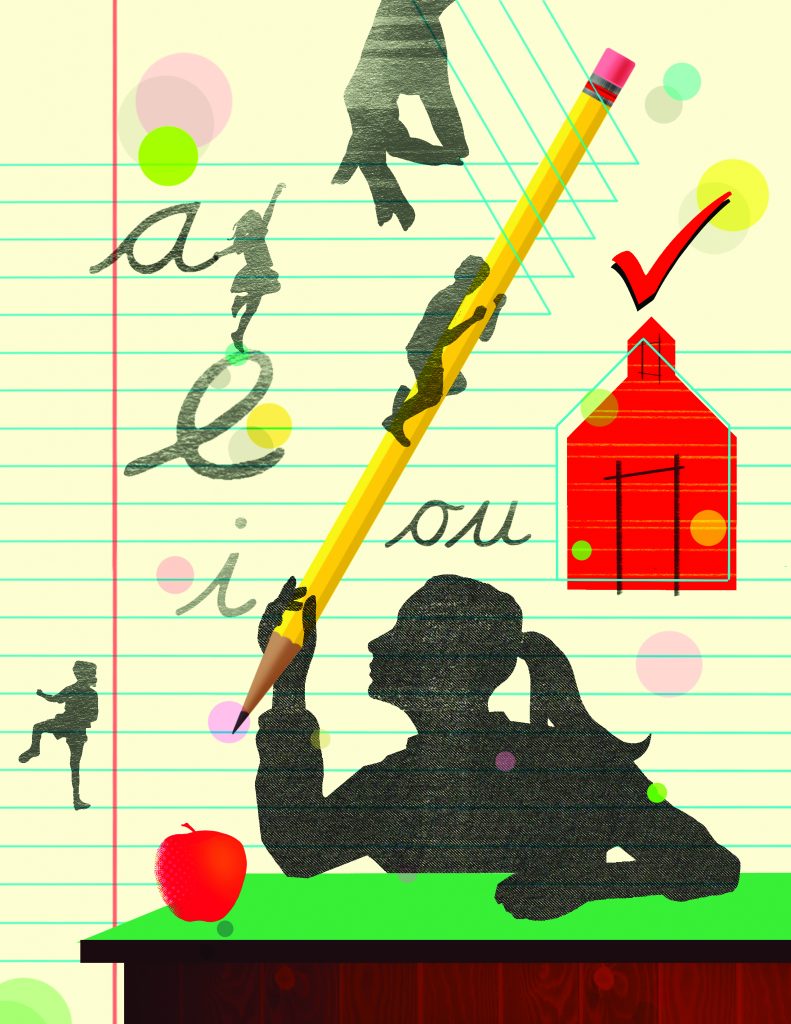 Put to the Test
Two years ago, Common Core testing in Ohio looked quite different than it does today. The state was using two test providers: PARCC (Partnership for Assessment of Readiness for College and Careers) was used for math and English tests, while AIR (American Institutes for Research) was used for science and social studies tests. Acquiescing to administrator voices calling for a unified testing platform, Ohio switched—hastily—to using AIR tests for all subjects in 2015–2016, which meant ousting the PARCC versions of math and English tests and implementing AIR versions instead. It was progress, to be sure, but the AIR tests haven’t been perfect.

Cincinnati Public Schools Superintendent Mary Ronan says one concern is that the newly added AIR tests for math and English were not as thoroughly “field tested” as other standardized tests, which is the process used to weed out confusing questions that do not accurately measure a student’s comprehension of a subject. Though the new test questions had been field tested in other states, the swiftness of the platform switch did not allow time for field testing specifically for Ohio’s market.

Susan Lang, Superintendent of Wyoming City Schools (who was named 2017 Ohio Superintendent of the Year by the Buckeye Association of School Administrators), says another limitation is AIR’s inability to provide “individualized analysis of each student’s performance on each item”—which, she stresses, should be a primary goal of any test.

Yet another conundrum is the new requirement in 2016–2017 for all tests to be completed online, which not only presents a logistical hurdle for districts having to scramble together the resources to administer the tests, but it also puts at a disadvantage students who might not have internet or computer access at home. “It’s an equity issue,” Ronan says. “You’re testing the kids’ lack of computer skills versus their literacy.”

Above all, educators are leery of the sheer number of Ohio’s required tests—24, to be exact, compared to just 17 required nationally. Those numbers don’t even include college admissions tests like APs, SATs, and ACTs, the latter of which are newly required for all 11th graders.

Lang says that while standardized testing is inherently good and necessary, “it’s the frequency that’s the issue.” Ohio requires testing that goes beyond federal standards, and administrators—and parents—aren’t convinced those extra tests are necessary. A rising number of parents are choosing to opt their children out of testing—a choice the Ohio Department of Education does not prohibit, but one that can affect the veracity of a district’s report card, because not all students’ performance is accounted for.

The tides of testing change are also affecting Ohio’s graduation requirements. The long-used Ohio Graduation Tests (OGTs) will be completely phased out after 2017, and a new point-based system—requiring students to earn at least 18 points from end-of-course
exams throughout their high school career—takes effect for graduates in 2018. While students can pick up extra points via AP and College Credit Plus (CCP) tests, Ronan would like to see other points awarded for “soft skills” such as volunteer hours and stellar attendance when students are just a point or two shy of graduation. Still, she says: “I do agree with the proposed ODE changes to the 2018 graduation guidelines.”

Up-and-Coming Legislation
The Trump administration’s initial budget proposal for 2018 included a $9.2 billion cut for the Department of Education—a 13.5 percent reduction from 2017—and it has caused some hand-wringing over the future of services like after-school programs and AmeriCorps. Programs like these are “vital,” says Aiken High School Counselor Sandi Horine, to public school efforts to care for students’ holistic well-being.

House Bill 610, a bill proposed in January 2017, is another topic buzzing around teachers’ break rooms. It seeks to create a federally funded voucher program that would provide financial assistance to students wishing to opt out of public school to attend private schools. If enacted, the bill would repeal President Obama’s Every Student Succeeds Act (ESSA), which upheld a bundle of federally funded “title” programs that have been in effect, in various forms, since President Johnson’s administration in 1965.

Because Ohio already has one of the most comprehensive voucher (or “scholarship”) programs in the country, the state will likely feel less impact from a federal voucher system than states like Kentucky that don’t have a voucher program. In fact, Ohio has such a robust system that vouchers go untaken
each year.

More concerning to Ronan are the proposed changes to the “portability” of Title 1 funding, which is the funding allotted to public schools with high concentrations of low-income students. Under the proposed changes, if students receive a voucher to attend a private school, their Title 1 funding would leave their current public school and be transferred to their new school. “It seems fair, but the problem is, it’s taking the money to a school that doesn’t have a concentration of poverty, and now the students that are left have less funding,” Ronan says.

Addressing Emotional Health
Recognizing that mental, physical, emotional, and social well-being are integral factors in a student’s ability to learn, schools are ramping up creative wrap-around services to help students overcome barriers to education—some of which are funded with federal dollars that are on the chopping block of the new federal budget proposal.

At Aiken High School, students have access to three free meals a day, a washer and dryer, a school-based health center, after-school programs that provide tutoring and a quiet place for homework, and professional therapy services.

Horine says the awareness and handling of mental and emotional health issues have been especially pressing issues in recent years. Some students suffer from what Horine calls “repeated trauma”—a series of destabilizing events such as eviction, neighborhood violence, and hunger—that often manifest as defiance or depression in the classroom. Part of the effort to help students cope with and overcome these issues is giving them tools to “make rational decisions” and “not be in fight-or-flight mode all the time,” Horine says.

Suicide threats are also on the rise, particularly in African-American children, according to a 2015 study by The JAMA Network.

“[Suicide] can be an ideation contagion,” Horine says, and counselors are increasingly concerned that some students, especially middle schoolers, do not fully understand the “finality” of suicide. Districts across the city are taking proactive measures to educate students and faculty on the warning signs of suicidal students.

Mental and emotional health issues are not limited to inner-city schools, of course. “Children are coming to school with different stresses today than they did even five years ago,” says Lang, citing the effect that Ohio’s state-wide heroin epidemic has had on children coming from addicted homes. While Lang hasn’t seen drug addiction in Wyoming, it is becoming a problem statewide.

Social media bullying and LGBTQ issues, especially as they relate to emotional health, are additional frontiers that educators are navigating as social and cultural paradigms continue to shift and evolve.

“With the increase in social and emotional issues across all demographics, counselors serve an important role in school districts today and can help families by being a guide on the side,” Lang says.