Home Baby and Beyond The Dangers of Batteries

We caught up with Ravindhra Elluru, pediatric ENT specialist at Dayton Children’s Hospital, to find out just how serious it is when an infant swallows a button battery. “It’s devastating,” he says. 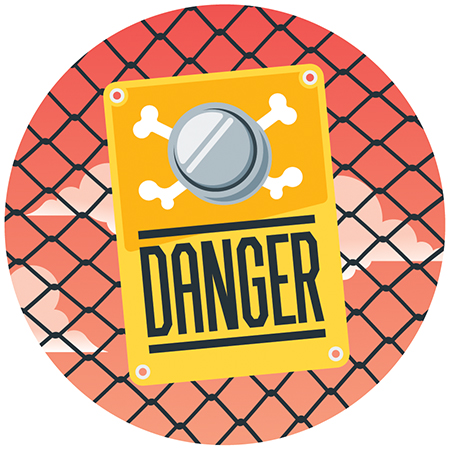 There are about 3,000 cases per year in the U.S. Parents typically notice coughing, gagging, or difficulty breathing, but those symptoms often resolve. Over time, however, other symptoms develop, like fussiness, difficulty eating, drooling, or noisy and labored breathing. The battery conducts electricity through water in adjacent tissue, which then releases a caustic chemical that can burn through membranes in less than an hour. Damage also occurs if the battery is placed in the nose or ear. Because of an innocent mistake, Elluru has had to perform half a dozen surgical procedures.

If you suspect your child has choked on something, do not ignore it, Elluru says. Get to an emergency facility experienced with kids swallowing foreign objects. “Kids love to swallow coins,” Elluru says. “On x-ray, button batteries and coins look about the same. Ask twice: Could this be a button battery?” There is talk about requiring manufacturers to display a skull and crossbones on the surface, so it shows up in x-ray.

Many swallowable objects don’t show up on x-ray, so sometimes Elluru will use a laryngoscope to look into the airway or esophagus. Anything pointy must be retrieved, because of the risk of perforation. One magnet, if swallowed, may pass and be OK; however, two are an emergency because they can attract each other on opposite loops of the bowel, thus constricting blood flow and causing a rupture. Aspirated items can cause progressive respiratory symptoms, punctures, or asphyxiation, and thus must be removed immediately.

Little attention is given to e-cigarette refills, which come in a rainbow of food flavors sometimes pictured on the labels. The toxic jolt of nicotine can cause vomiting, confusion, heart and respiratory effects, brain injury, and death. Never refill in front of children, and keep in a secure location.

Elluru stresses prevention. Get down on the floor and see what looks attractive. Enlist older siblings to help keep baby’s environment safe.