Unique homes are often the talk of the neighborhood, especially when they’re being built. Back in 1969, this mid-century modern gem on Palisades Drive in Delhi Township was no exception; people stole building materials from the site, neighbors were convinced Pete Rose lived here (he didn’t), and the homeowners even caught a neighbor giving unauthorized walking tours on weekends. After 43 years, the gawking has slowed, but this home—set at the end of a cul-de-sac in a sprawling subdivision of otherwise traditional abodes—remains a majestic reminder of an iconic era in architecture. It’s also for sale for the first time ever, listed at $695,000. 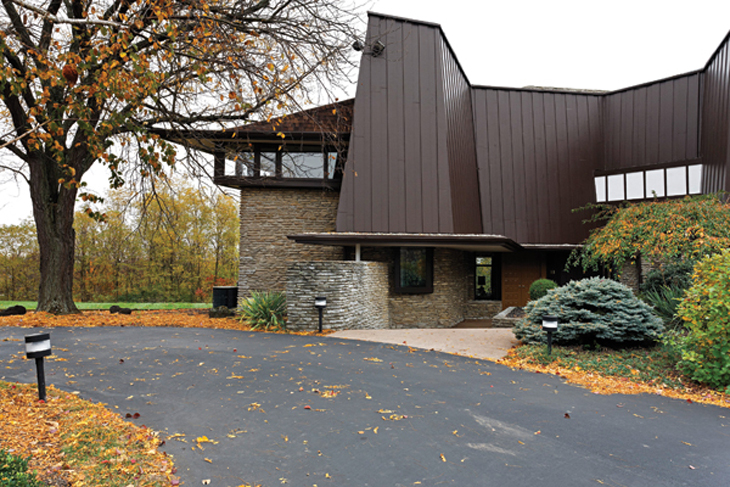 Palisades Drive was developed in the 1960s by a man named Bud Brune, who purchased the land from the Elsaesser Dairy Farm (the dairy itself is now a restaurant and banquet hall on Anderson Ferry Road called The Farm); when Brune sold this nine-acre parcel to a young couple looking to build their dream home, he had no idea the then-heavily wooded lot had the best views on the street. After clearing the land for construction, Bruner reportedly told the buyers: “If I had known what you knew [about the view], I would have charged you more.” 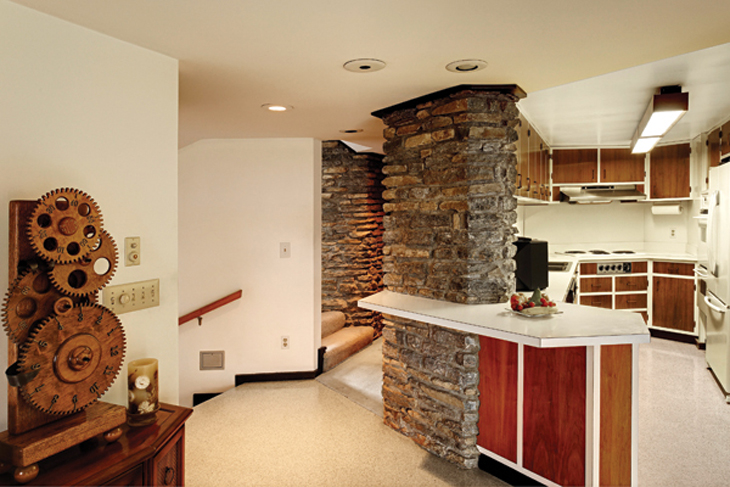 An architect named Tom Taylor was hired to design a unique home for the site; he delivered this fascinating structure, which has so few right angles, it took three years to build. In addition, the homeowners included so much stone in the design that they ended up buying part of a quarry in Indiana to be sure they’d have enough; they used 22 tons in all. 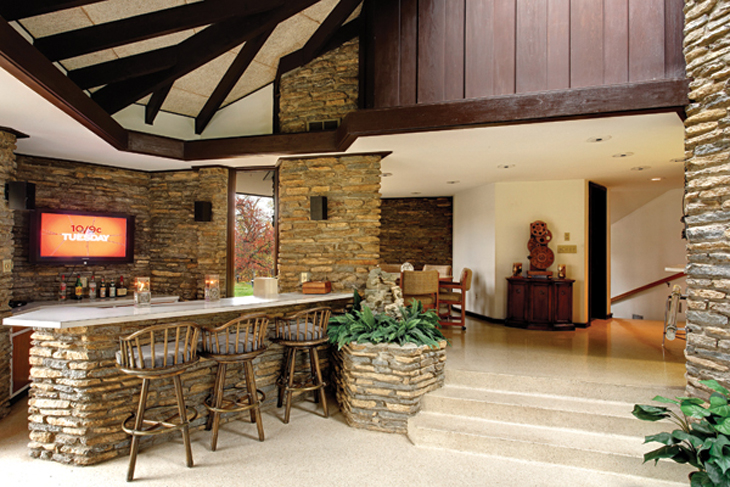 Even so, the home hardly feels cold. Dark wood trim and beams, tons of accent lighting, and walls of windows showcasing the westward river view, which is stellar come sunset, all com- bine to make the home fun, polished, and livable. Who needs right angles?