Home Home + Garden On The Market: An OTR Townhouse Designed to the Nines 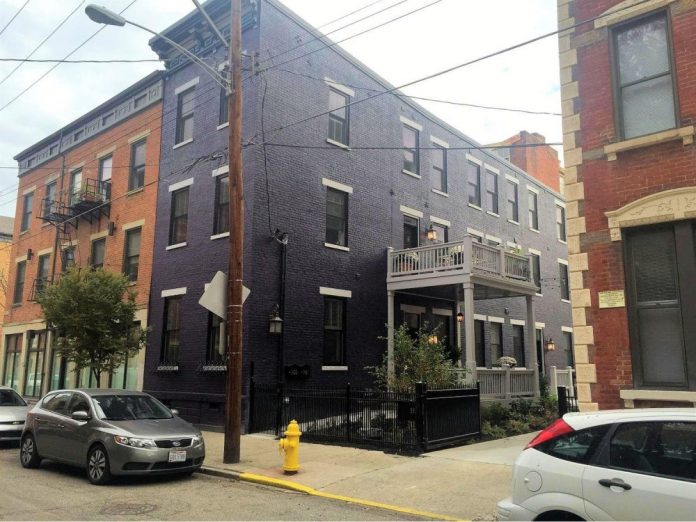 Ryan Messer, who chaired the Believe in Cincinnati effort to save the streetcar, is leaving Over-the-Rhine before a single car moves passengers along the track. “We’re going to my dream home,” says Messer, referring to the ten bedroom, five bath, nearly 13,000-square-foot Enger mansion he and husband Jimmy Musuraca have purchased in Avondale.

But the house they’re leaving behind is pretty dreamy too. 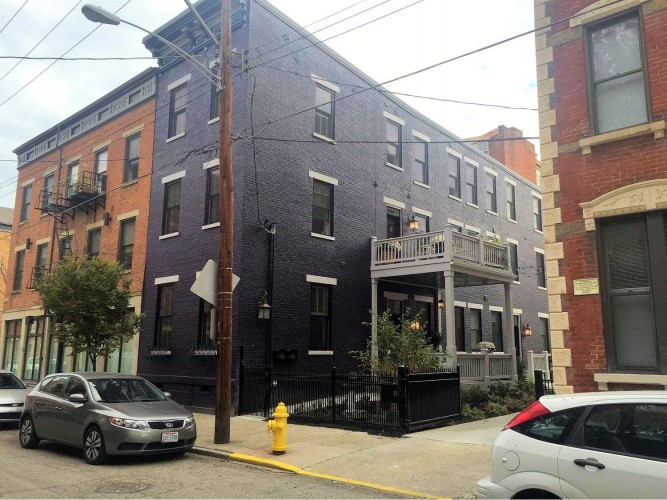 Messer and Musuraca worked with Beck Architecture and spent nine months renovating their Italianate townhouse on Republic Street before moving in in August 2015. The building, which dates to the 1880s, was in a state of semi-collapse when the couple bought it. “The third floor was literally in the basement,” says Messer. “It had fallen down and you really couldn’t get in the door.” That didn’t stop him from including the property, in its rough state, in the inaugural Over-the-Rhine Holiday Home Tour in 2014. Messer started the tour to raise money for Future Leaders OTR, a youth group he founded. “People were telling us it should be bulldozed. But we like to buy the buildings that nobody wants or can’t see,” says Messer. The home made its second tour appearance last year, and oh what a difference nine months makes.

They wanted a flexible space. Messer and Musuraca have two sons, Anderson, 8 years old, and Olivier, 5 months, but they also love to entertain. “We wanted to be able to have a sit-down family dinner and not feel like we were cramped,” he says. The formal living room is on the first floor, but with a full bathroom on that level it could easily be used as a bedroom. They wanted a little outdoor area for grilling and gathering and so created that space on the second floor, above the entry porch, which is convenient to the kitchen and dining room, also located on the second floor.

It’s tempting to start fantasizing about painting and decorating after signing on the dotted line, but rebuilding a historic home means putting that on hold to deal with pressing structural matters—a failing foundation, for instance. “The building had been chopped up into eight apartments and the place had been empty for a long time. You have to go in with your eyes wide open. You’re not going to get away with just painting the walls and refinishing floors,” Messer says. 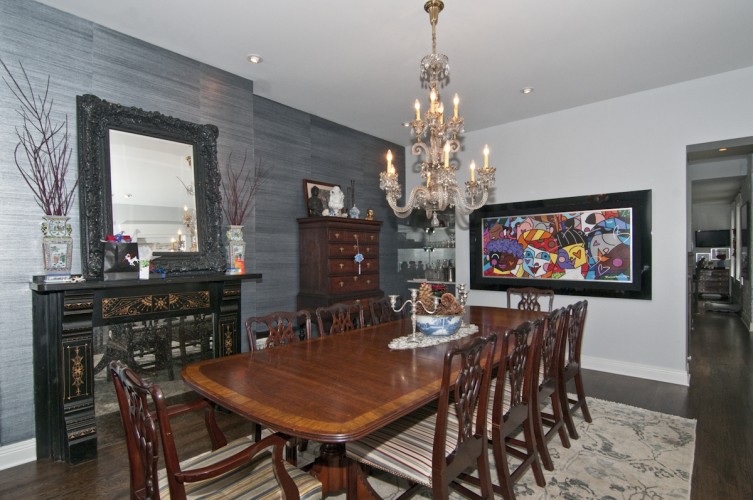 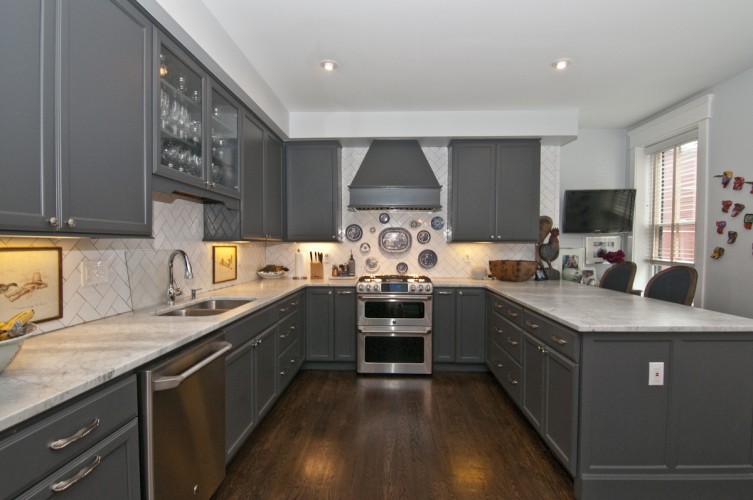 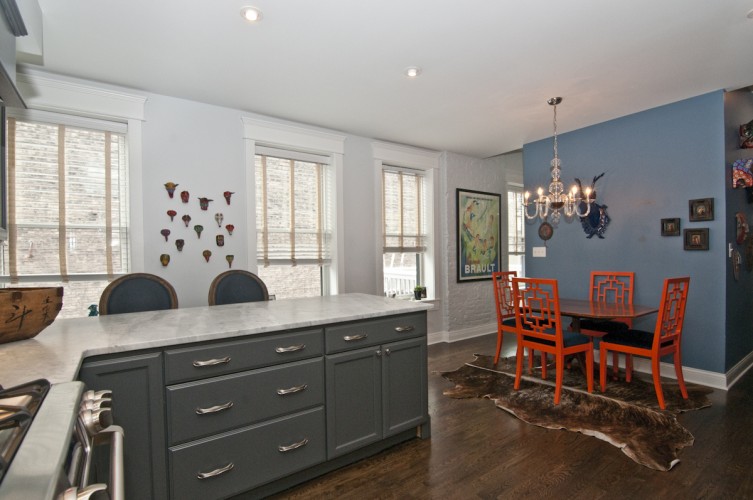 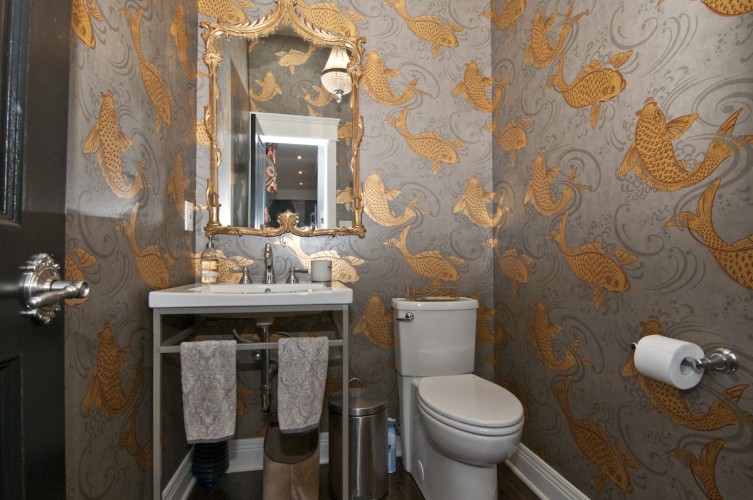 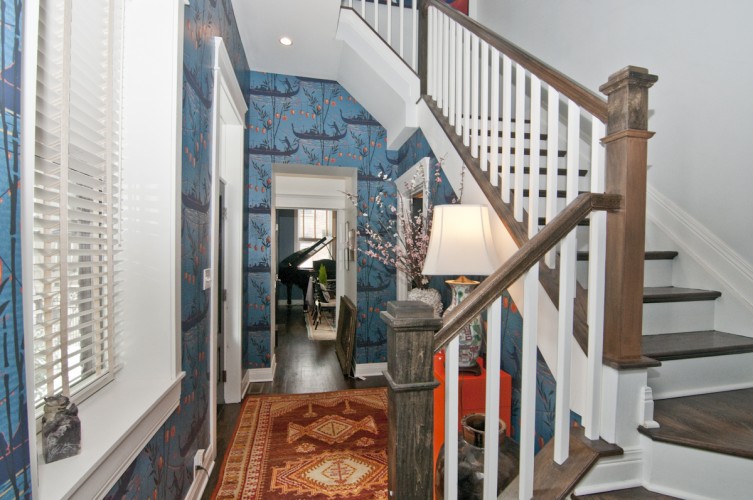 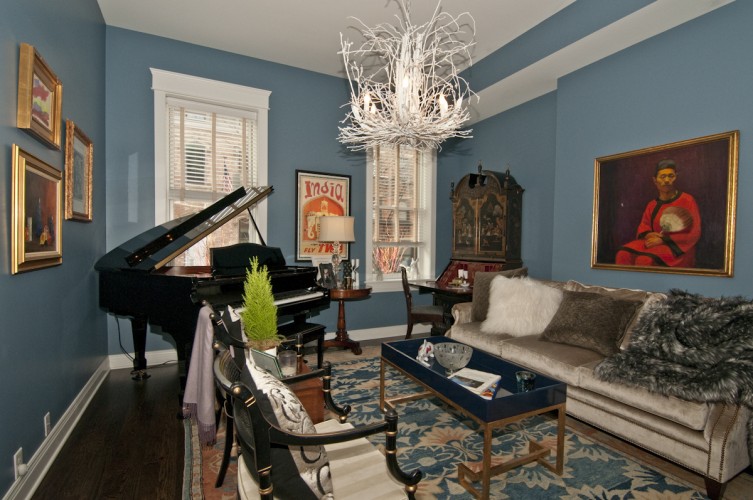 When it was time for decorating, however, Musuraca was ready and has packed every floor with bold style, from a gondola print wallpaper in the entryway (and koi in the bathroom) to marble countertops and elegant gray cabinets in the kitchen. Messer did make his design mark in one place: Anderson’s room. “We were on a walk and I asked him what his ideal room would be. He said a tree house,” says Messer. So he built one. It’s free standing and will go with them to the Enger mansion. Says Messer, “When he walked in and saw it, he said, ‘This is epic!’”

It’s a sentiment that easily applies to the whole house. 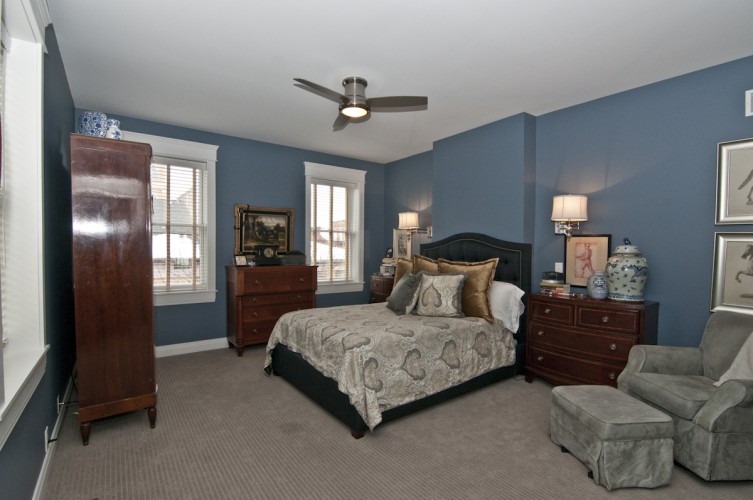 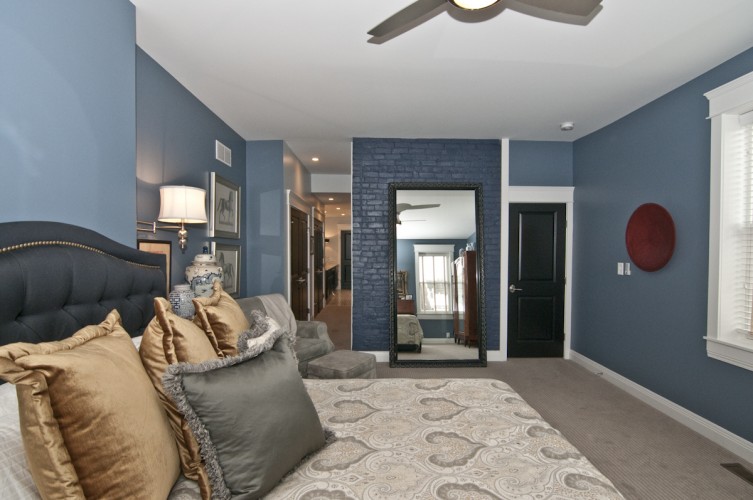 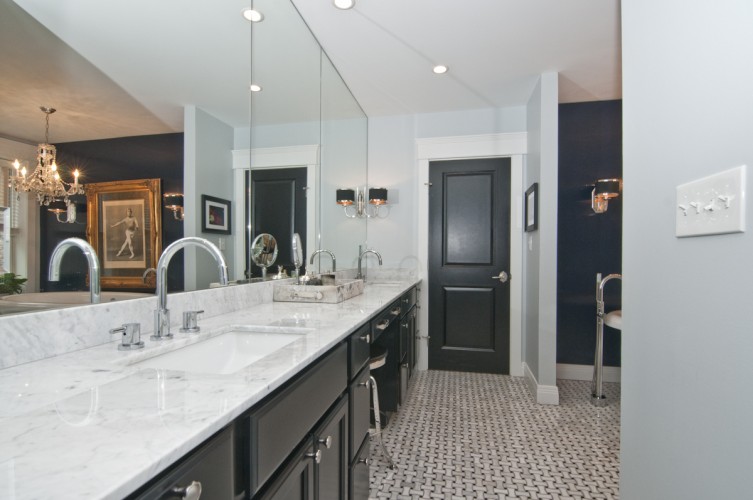 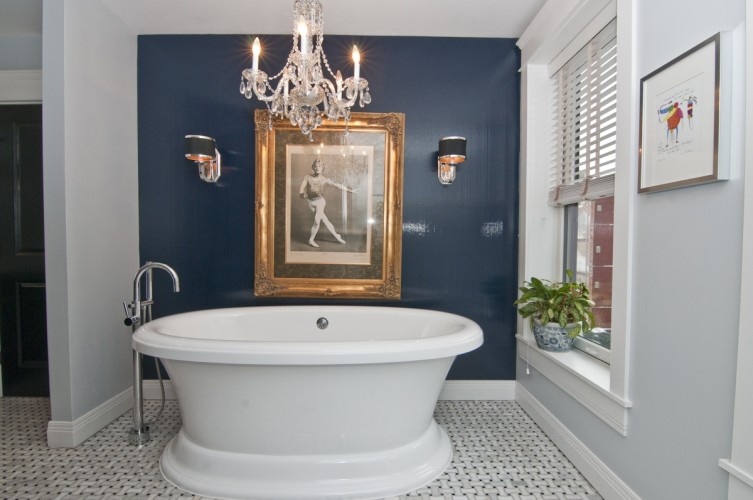 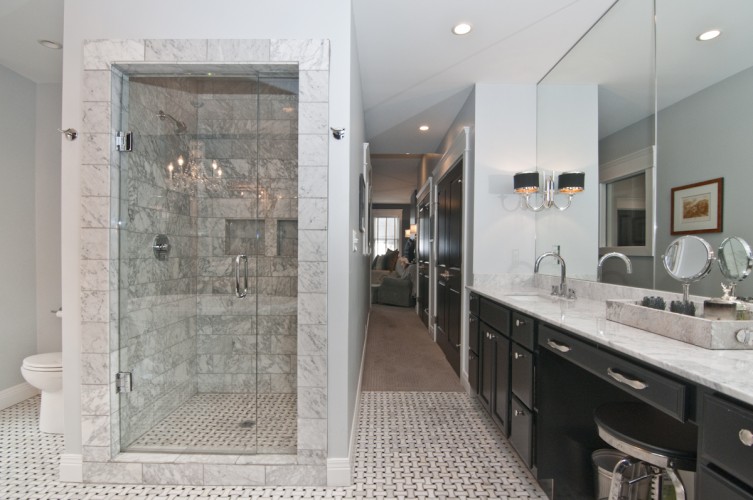 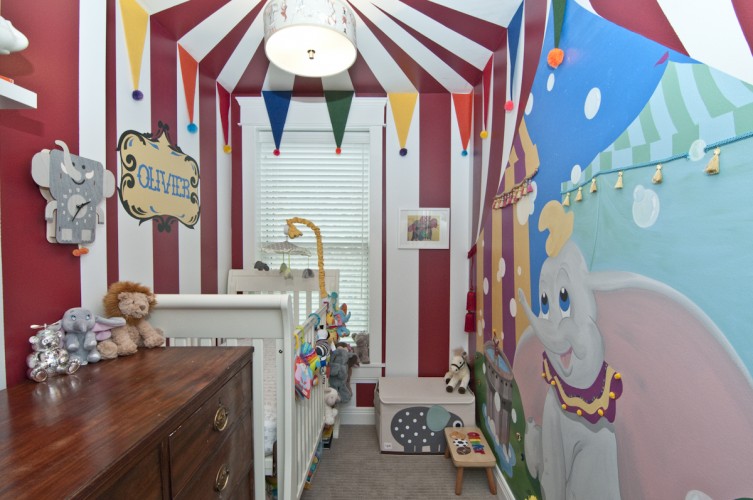 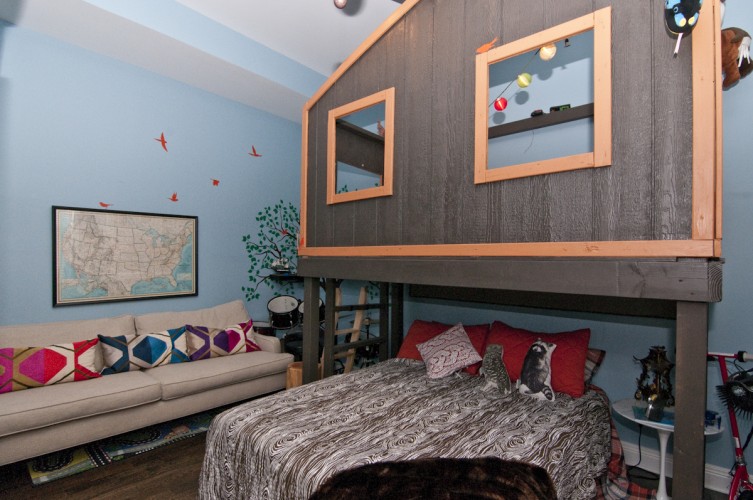 This Williamstown, Kentucky Cabin Is a Riverside Paradise