The last time The Greenhornes made a proper album, Barack Obama was an Illinois state senator, Jack and Meg White of the White Stripes were still claiming to be siblings, and there was no such thing as Facebook. Eight years later, Greenhornes drummer Patrick Keeler had

INACTIVE - October 1, 2010
By Thomas Keller, with Susie Heller and Michael Ruhlman
It’s been hailed as one of America’s greatest restaurants by everyone who has dined there, and Keller is renowned for his extraordinary detail. But his methods are simpler than you might expect, and many of his techniques are innovative (ex: how to squeegee the moisture from the skin of a fish for perfect sautéing). The essays and profiles are great reading, the photography (by Deborah Jones) stunning, and the results are as exciting as if he was in your kitchen himself. 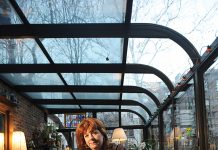 The Way She Lives Now

Jason Cohen - May 1, 2010
It’s not just a stage: With two books under her belt and a third on the way, Cincinnati-born playwright and screenwriter Theresa Rebeck is a novelist now, too. Roll over Trollope, and tell Dickens the news. 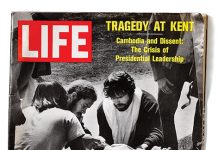 Linda Vaccariello - May 1, 2010
On May 4, 1970, National Guardsmen fired into a crowd of students at Kent State University in Kent, Ohio—killing four, wounding nine, and igniting campuses across America. It was a grim defining moment for a generation. And if you think it’s history, think again. 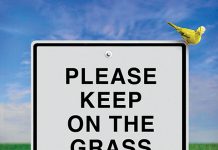 Steve Kissing - May 1, 2010
I've had some of the best times of my life in our parks. Fully clothed, of course. 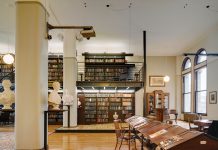 Albert Pyle - April 2, 2010
Eons before Amazon and the Kindle, centuries before Barnes & Noble, mankind conceived of a place where a large number of books could be gathered together for the enjoyment and edification of an enlightened citizenry. On the occasion of the Mercantile Library’s 175th anniversary, its executive director explains why that idea has endured. 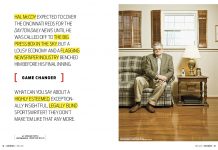 Sridhar Pappu - April 1, 2010
What can you say about a highly esteemed, exceptionally insightful, legally blind sportswriter? They don't make 'em lie that any more. 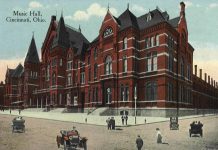 Polk Laffoon IV - January 1, 2010
Cincinnati has one of the world’s grandest concert venues. But do we have the will—and the money—to re-make it for the 21st century?

The Ballad of Chuck and Lisa

Jason Cohen - December 1, 2009
For Chuck Cleaver and Lisa Walker, the left and right ventricles of the bighearted (and occasionally heartburned) band Wussy, the song rarely remains the same.

Kathy Y. Wilson - March 1, 2009
Cincinnati is woefully small for black artists. It’s not that everybody knows everybody else; it’s that everybody knows everybody else’s business. Case in point: Back in November 2005, when Thom Shaw fell gravely ill shortly after being named the Taft Museum of Art’s Duncanson Artist-in-Residence, the news crackled across the black grapevine at gallery receptions, jazz shows, even the grocery store. Everyone was concerned. For two decades, Shaw, a world-renowned printmaker, had battled a succession of illnesses exacerbated by diabetes. But that fall, he slipped into a coma caused by a severe neck infection brought on by kidney failure. He came close to death...then got a reprieve. Last May, concern for his health bubbled across the local scene again when an infection of flesh-eating bacteria led to the amputation of his right leg. And yet, less than two months later, Shaw fastened on a mocha-brown prosthesis and headed back to the studio. Super-animated Batman fight sounds seemed to hang in the air, narrating the resilient artist’s fight to live: KAPOW! KIDNEY FAILURE...BANG! DIABETES...TAKE THAT, MORTALITY!
1...100101102Page 101 of 102