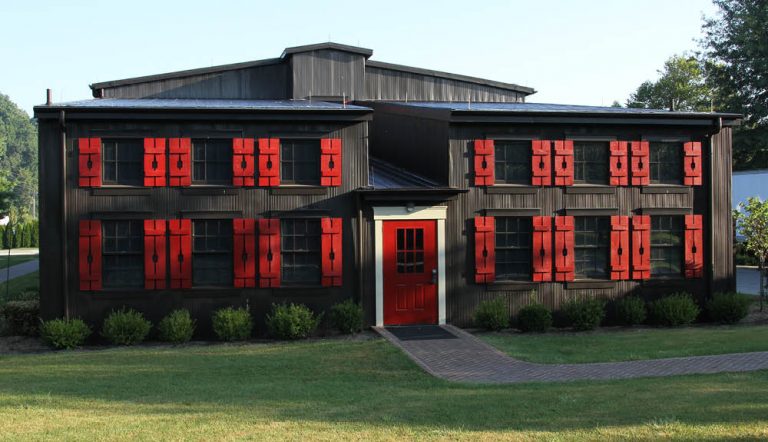 Located on the outskirts of rural Loretto, population 721, Maker’s Mark is the Bourbon Trail’s southernmost destination. The first distillery on the land was built in 1805 by a man named Charles Burks, making Maker’s the Guinness-certified “oldest operating bourbon whisky distillery” in the world. Maker’s Mark established residency in 1953 with a product and process that pays close attention to detail. Take that famous red wax that seals each hand-dipped bottle. The same shade also colors the shutters on the black rickhouses and the window frames in the original master distiller’s house, which serves as the visitors’ center now. (Though Maker’s wouldn’t confirm, rumor has it there are plans to turn the house into a museum by next spring.) Genial and knowledgeable guides mix nitty-gritty bourbon-speak with fun asides on the hour-long tour, even allowing guests to dip their fingers into one of the 12-foot tall fermenting barrels to sample the 150-year-old yeast strain in the mash. (Spoiler alert: the finished product tastes much better.) Pristine tasting rooms and a breathtaking Chihuly glass ceiling installation conclude the hour-long tour that juxtaposes bourbon tradition with finely tuned modern marketing. Pro tip: Buy a bottle of their signature wheated bourbon and cut labor costs by hand-dipping it yourself.