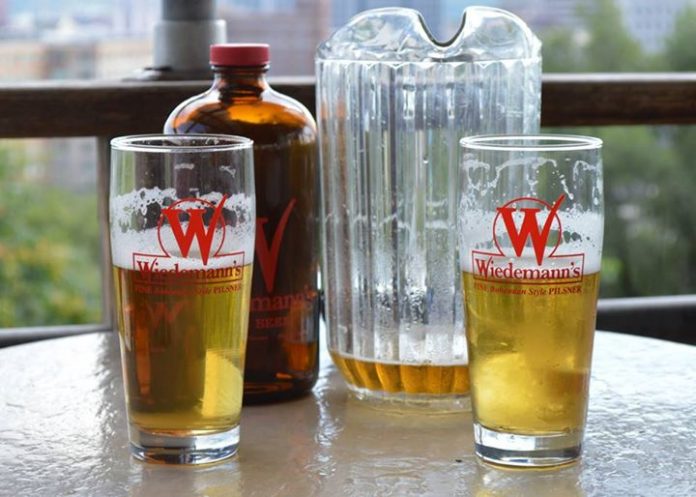 Nostalgia played a big role in Jon Newberry’s efforts to revive one of Greater Cincinnati’s oldest beer brands. “I grew up drinking Wiedemann’s,” says Newberry. Started in a Newport brewery in 1870 by George Wiedemann, the brand was eventually sold to Wisconsin’s Heileman Brewing Co. in the late 1960s and then bounced around to Pittsburgh Brewing Co., which stopped making the Bohemian-style lager in 2006. About three years ago, Newberry—a local business reporter for the Cincinnati Enquirer and Business Courier—noticed that the Wiedemann trademark had been cancelled and decided to bring it back. He crafted his own recipe, but one that stayed true to the signature malty, Bohemian taste, brewing most of it out of Stevens Point, Wisconsin; he also brews smaller batches at local spots such as Listermann’s and Blank Slate, including a cranberry lager using berries from his brother-in-law’s Wisconsin farm. Newberry is currently in talks to open his own Northern Kentucky brewery and taproom by next spring, but for now has managed to get Wiedemann in more than 300 locations across Ohio, Indiana, and Kentucky, including plenty of spots in its old stomping grounds. “I knew I could sell Wiedemann’s in Newport,” he chuckles.