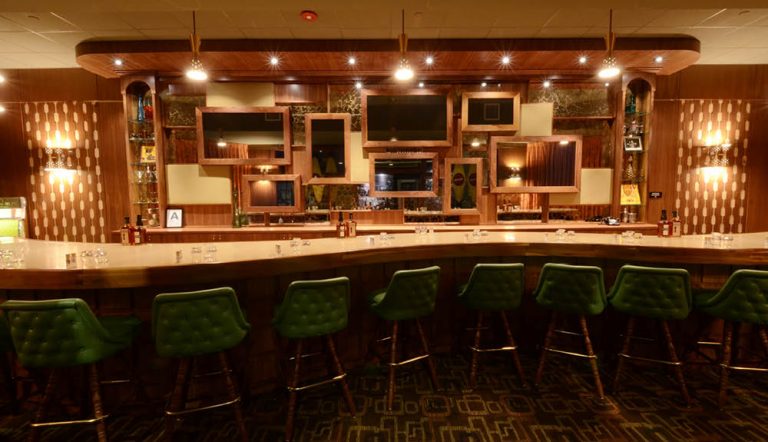 For our May 2015 issue, we’re exploring everything you need to know about the distilleries, bars, cocktails, traditions, private barrels, accoutrements, and high tech experiments featuring Kentucky’s great gift to the world: Bourbon!

Years ago, Heaven Hill Distillery, which produces Evan Williams bourbon, bought a dilapidated building on the old “Whiskey Row” in downtown Louisville, with plans to use it for offices. When they later discovered the site was across the street from where Evan Williams built his original distillery back in 1783, Heaven Hill decided to turn the space into an artisanal distillery, tasting room, and museum celebrating the man whose name graces one of its signature bourbons.

The $10.5 million visitors’ center opened in fall 2013 and has since been plenty busy living up to its self-described “Disneyland of Bourbon” moniker—a tone set by the Paul Bunyan-sized tumbler-full-of-bourbon that confronts you the moment you walk in the door. The tour takes you back in time, using videos to re-create scenes of Evan Williams  working as harbor master along the banks of the Ohio River. A detailed explanation of Heaven Hill’s bourbon-making process precedes a foreman’s view of the small-scale craft distillery on-site, followed by a trip along a faux-strip of pre-prohibition Whiskey Row storefronts. Even the tasting room—which looks as if it were pulled straight off the set of Mad Men—is consistent with the bourbon fantasyland vibe. One sip of the Evan Williams Single Barrel, and you’ll really be convinced you’re dreaming.