What it is: Q-Collar

What it does: This compression collar gently presses on the jugular vein to increase blood volume around the brain, which creates a sort of extra impact-absorber during collisions. In comparison studies between athletes with similar head impacts, those who played with the Q-Collar did not suffer the functional and structural changes to their brains’ white matter observed in non-wearers. The Q-Collar was co-invented by Cincinnati’s David Smith, M.D., a visiting scientist with Cincinnati Children’s Hospital Medical Center (CCHMC) and CEO of Traumatic Brain Injury Innovations. It’s being tested by Gregory Myer, Ph.D., director of research at CCHMC’s division of sports medicine. “If this approach continues to show promise it will be a game changer for youth and adult sports, with many implications for our military and service men [and women],” says Myer.

Can I try it? Not yet; Performance Sports Group is awaiting FDA approval to market the device. 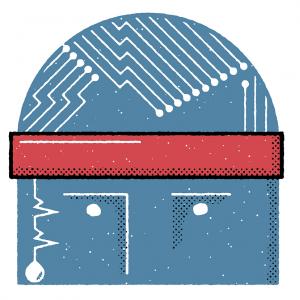 WHAT IT IS: SWEATRONICS PATCH

What it does: The wearable Sweatronics Patch wicks sweat from your body, analyzes real-time health data—which, according to Eccrine Systems, the patch’s maker, could include testing for dehydration or tracking whether medication is working effectively—and transmits it to a smart phone app. The patch was developed by Jason Heikenfeld, Ph.D., UC professor of electrical engineering and computing systems and cofounder of Eccrine Systems, a UC spin-off company. “UC continues inventing and publishing breakthroughs in sweat-sensing technology,” says Heikenfeld. Eccrine Systems just completed a successful $5.5 million Series A round right on the heels of a new $4 million Air Force research contract.

Where to find it: In limited studies on Air Force pilots

Can I try it? Nope. It’s not yet available for purchase. 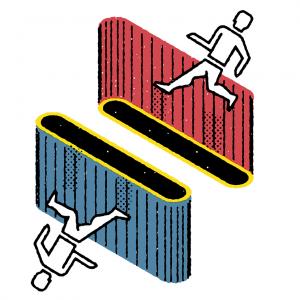 WHAT IT IS: ALTERG ANTI-GRAVITY TREADMILL

What it does: The AlterG is the world’s first treadmill using NASA-based anti-gravity technology to reduce a runner’s body weight by up to 80 percent. It surrounds and lifts the runner’s lower body with an inflatable air chamber. Running without one’s natural earthly weight “helps injured runners continue training as they recover,” says Michael A. McCormack Jr., a physical therapist and director of orthopaedics and sports rehabilitation at Mercy Health. McCormack notes AlterG is also a boon to people with joint pain and patients eager to get back to exercise after surgery.  “It is also a great, low-impact training tool for runners preparing for an upcoming race,” says McCormack.

Where to find it: Mercy Health Orthopaedic and Sports Rehabilitation in Mason and Anderson

Can I try it? Available by appointment, without referral.