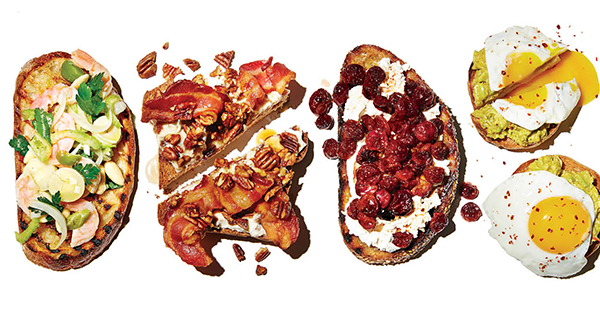 If you’ve ever ordered an Orange Jillius at Coffee Emporium, you’re familiar with Jill Donenfeld’s work. “That’s me, that’s my real claim to fame, my legacy,” laughs the sunny Hyde Park native who now splits her time between New York and L.A. with her bicoastal private chef business, The Culinistas.

The Barnard College graduate conceived the venture after a stint as a nanny and personal chef for a family in New York. One referral led to another and she launched her culinary service from an office at the back of a hardware store with $5,000 in personal savings. She parlayed her success into several books, including the 2007 cookbook-cum-travelogue, Mankafy Sakafo: Delicious Meals from Madagascar, and the 2011 cookbook and entertaining guide, Party Like a Culinista that she wrote with longtime collaborator, Josetth Gordon. Later that same year, Donenfeld was tapped by Forbes as one of their “30 Under 30” to watch in the field of food and wine.

Last month, the entertaining guru—Gwyneth Paltrow and the Kardashians are clients—released Better on Toast: Happiness on a Slice of Bread—70 Irresistible Recipes (William Morrow). “The beauty of toast is that it can be as substantial or as snacky as you want—based on the size of your bread and what you pile on. It can morph from something that just holds you over into your actual dinner if you really pile it high.”

We pulled three of Donenfeld’s tastiest ideas and added one of our own (the avocado and fried egg), then “piled high” atop artisan bread from area bakers. Got an issue with gluten? Donenfeld perfected a gluten-free loaf for those in need, but don’t expect to find any other bread formulas in her book. “You can get wonderful gluten bread from professional bakers who have dedicated their lives to making it,” she says. Fortunately, we’ve got plenty of those professionals right here in town.