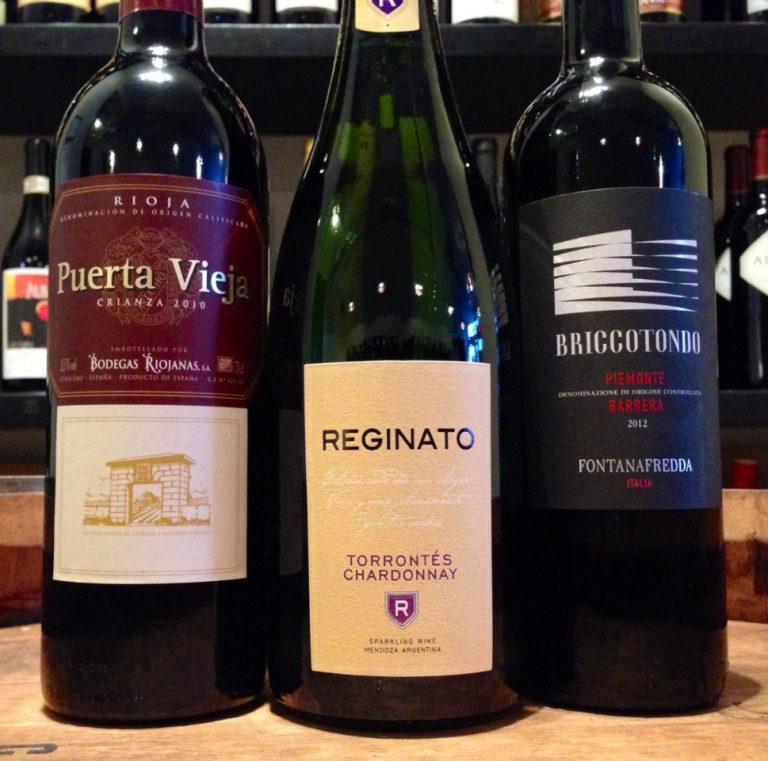 Boca and Jean Robert’s Table veteran Zach Eidson purchased Oakley Wines in early 2013. While he set out to carry forward the original owners’ commitment to selling great wine at affordable prices, he envisioned doing so in a carefully curated, boutique bottle shop setting. We caught up with Eidson recently and asked him to help us select three particularly interesting pours for under $15:

Bodegas Riojanas Puerta Vieja Crianza, 2010, from Rioja, Spain. This wine, from a family estate established in 1890, is predominately Tempranillo and aged for at least two years before being released. It’s an easy pair with lamb, grilled veggies and red meat. $14.99.

Reginato Sparkling Chardonnay/Torrontés, from Mendoza Argentina. Made from 80% Chardonnay, common in most sparkling, it also contains 20% Torrontés, which is widely planted in Argentina and adds some crisp, zippy fruit. The Reginato family has been producing for three generations and this wine has seen some strong press, most notably, 90 points from Robert Parker’s Wine Advocate. $13.99.

Fontanafredda Briccotondo Barbera, 2012, from Piedmont, Italy. This estate was purchased in 1858 by Victor Emmanuel II, who three years later, would become the first King of a united Italy since the sixth century. This particular wine is made from 100% Barbera, is medium-bodied with light tannins, and exhibits a balanced acidity. Try it with pizza, pasta or for just sipping by the fire. $14.99.

Oakley Wines offers wine tastings, open to the public, every Friday from 5-8:30 p.m.