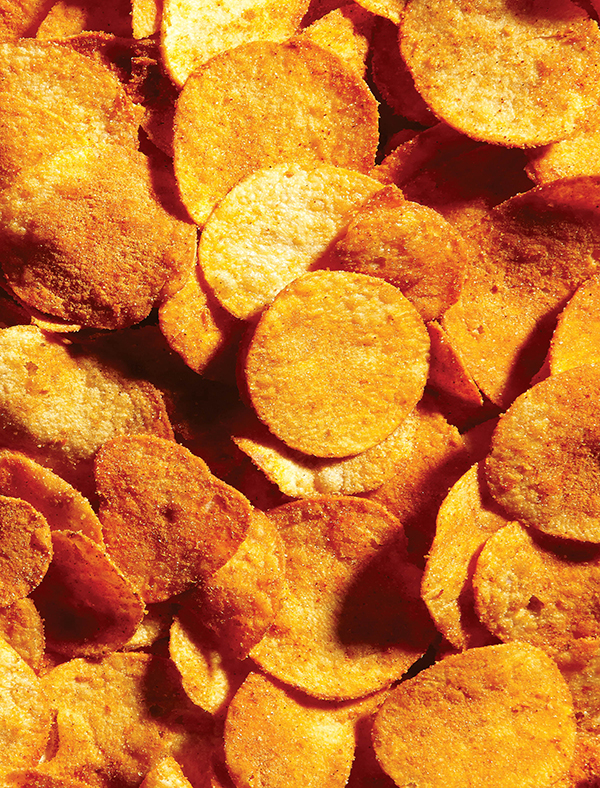 Every time a bag of Grippo’s chips pops open, an explosion of possibilities erupts: pile them on a sandwich, crumble them over a meatloaf, or simply devour them by the handful. We’ll leave the snack-styling up to you.

“I love putting the plain chips in chocolate ice cream,” says Jerry Hawk, Grippo’s sales manager, an unorthodox idea, perhaps, but one that will hit the tastebud jackpot of anyone craving salt, sugar, and fat.

Established in Cincinnati in 1919, it was ice cream—specifically, the cone—that launched Grippo’s Foods Inc. “We only started making chips in 1959 when we moved into our new building on Colerain Avenue,” says Hawk, noting that plain potato was the first flavor introduced. Eventually, the company unveiled its highly addictive, smoky-hot compatriot, BBQ. Hot dill pickle, cheddar-cheese-and-jalapeño, salt-and-vinegar, and sweet Bermuda onion varieties followed. All tempting flavors, for sure. Choose carefully, and put your cardiologist on speed dial.