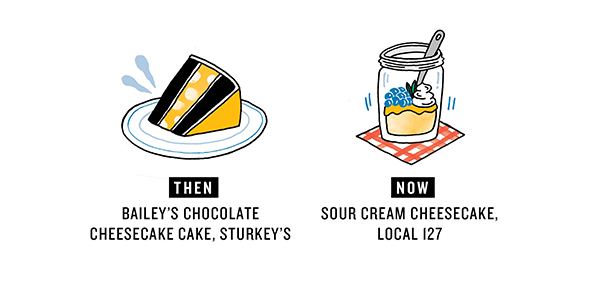 It was cheesecake, encased in chocolate cake, and finished with frosting. Pam Sturkey’s decadence was untouchable for years. Then along came Steve Geddes with his cream cheese Mason jar magic, topped with brooding berry compote and a pinch of herbs. Local 127 knows better than to tamper with our taste buds and take this gem off the menu. Right? 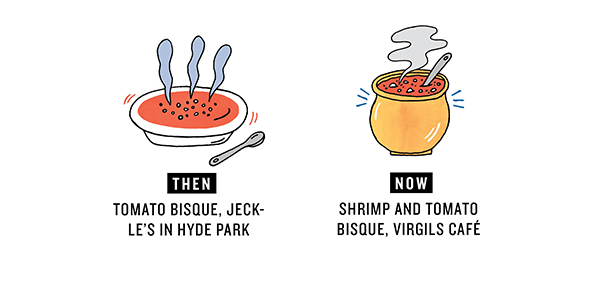 The corner of Paxton and Wasson is now dominated by Kroger’s gas pumps. Twelve years ago, Jeckle’s stood there, ladling up my favorite soup in town, an impossibly creamy tomato bisque. A comparable version proved elusive, until I discovered chef Matt Buschle’s take at Virgils. Buschle adds shrimp for savory depth in this new snow day staple. 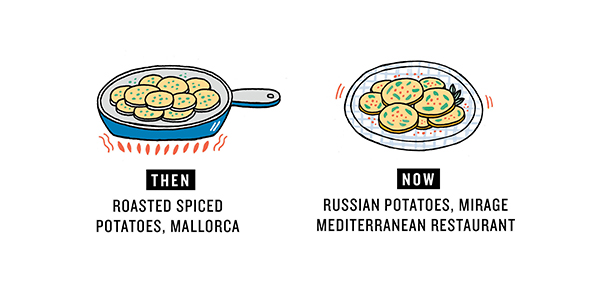 For years, I never met a spud that wasn’t baked, fried, or cooked in a crock. But one bite of the former Sixth Street Spanish restaurant’s roasted, sliced, and spiced version had my undivided attention. It probably didn’t hurt that they were delivered with plenty of panache by a waiter in a white tuxedo. Mirage Mediterranean does a less formal facsimile, but with the vibrant addition of fresh dill. 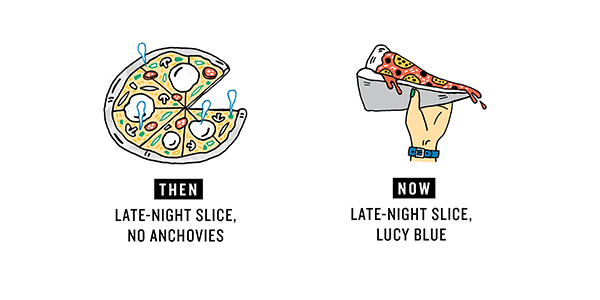 Youth imposes its own logic. At 2 a.m., the party was just getting started, No Anchovies servers were snarky, the music was loud, and I never thought twice about indigestion. Now I rarely rage ’til 2, but when I’m downtown late, I’ll often stop by Lucy Blue Pizza on Main Street for a slice or two. While I miss their old window at Walnut and 12th, the new spot offers the same soft, foldable slices until the wee hours, with a large selection of craft beer to wash it down.