The Pleasant Ridge-aissance is continuing with Grand Central Deli, which owners Sheelah Parker and Jeff Strong hope to have up and running by February 2016. The deli and bistro, inspired by the art deco style of New York City’s Grand Central Station, will be located at 6085 Montgomery Rd. in the old Kutts & Kurls Spa, right next to the new Overlook Lodge and a few doors down from forthcoming Nine Giant brewery. 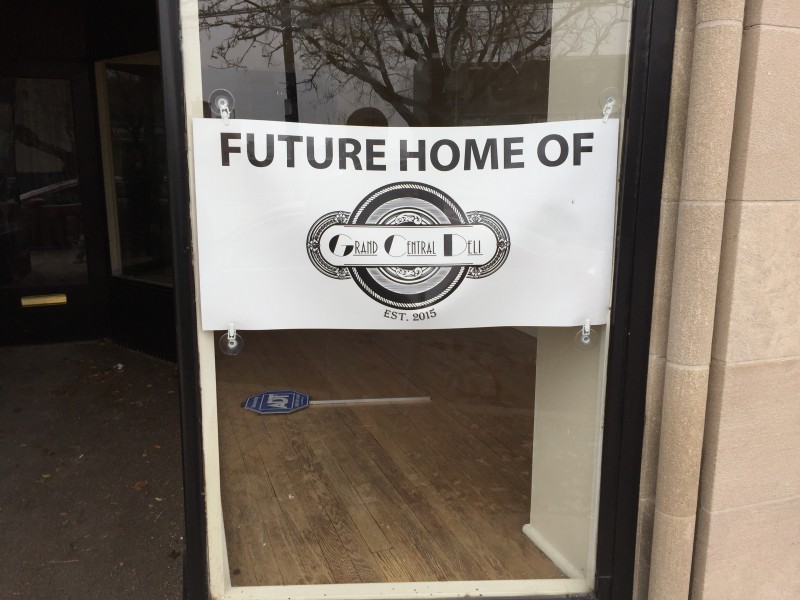 What started as a simple deli-counter concept evolved to include a sit-down bistro, bar, and (dog-friendly) outdoor patio area. (There will be an old 1940s telephone booth, too, which can provide some privacy if you need to make a call, but will probably be used mainly for selfies.) Strong—who rocks a gnarly vaudeville villain mustache—will manage the kitchen after spending the past 14 years in the local restaurant scene, working mostly for Jeff Ruby establishments. He grew up on the east coast, and the name pays homage to childhood train trips with the family into Grand Central followed by stops at the Bronx Zoo or Rockefeller Plaza.

“Grand Central was always our place,” says Strong. “Even at home, my mom would be running around all crazy, and her joke was to answer the phone and say ‘Grand Central.’ ” (Classic mom joke.)

The deli plans to feature a handful of signature sandwiches and the ability to build your own, with bread from Sixteen Bricks, meat and cheese from Boar’s Head, vegetarian and vegan options, and housemade sauces and aiolis (pesto mayo, lemon caper aioli, horseradish, etc.). There will also be housemade pasta and potato salads (including a specialty blazing potato salad with hot sauce and blue cheese that sounds pretty dope), along with bags of chips and specialty pickles. Customers can stop in for lunch and get a sandwich made and wrapped up, or grab a pound of turkey and pasta salad to take home. The deli will deliver within a nearby radius, as well, and stay open late on weekends to cater to the bar crowd.

The bistro menu plans to feature all of the same deli options, as well as charcuterie plates and other appetizers, such as Strong’s specialty guacamole-stuffed peppadews, and the bar will stock beer, wine, and liquor along with two rotating taps of Nine Giant brews. Parker, who is the director of educational programs for Joseph-Beth Booksellers, is even planning to have tablets for kids loaded with games.

Grand Central Deli is also the first local restaurant to use Equity Eats, which is a kind of Kickstarter investment plan for restaurants: Future customers can contribute at levels ranging from $100-$5,000, which they then get back as a store credit and annual percentage return. It’s similar to a house account, which Parker and Strong were planning to have anyway. It fits the deli’s community-focused vibe—they’ve already volunteered at Pleasant Ridge Montessori’s Fall Festival and the District A Festival—something ownership feels is key to the soul of the restaurant.

—
Grand Central Deli is hosting a tasting on Dec. 20 at The Overlook Lodge. Tickets are available here.