Editorial Note: The restaurant is closed.

If you’re an I Love Lucy devotee, you’ll get the reference immediately. If you’re not a fan, you’ll still be pumped about all the Cuban sandwiches. 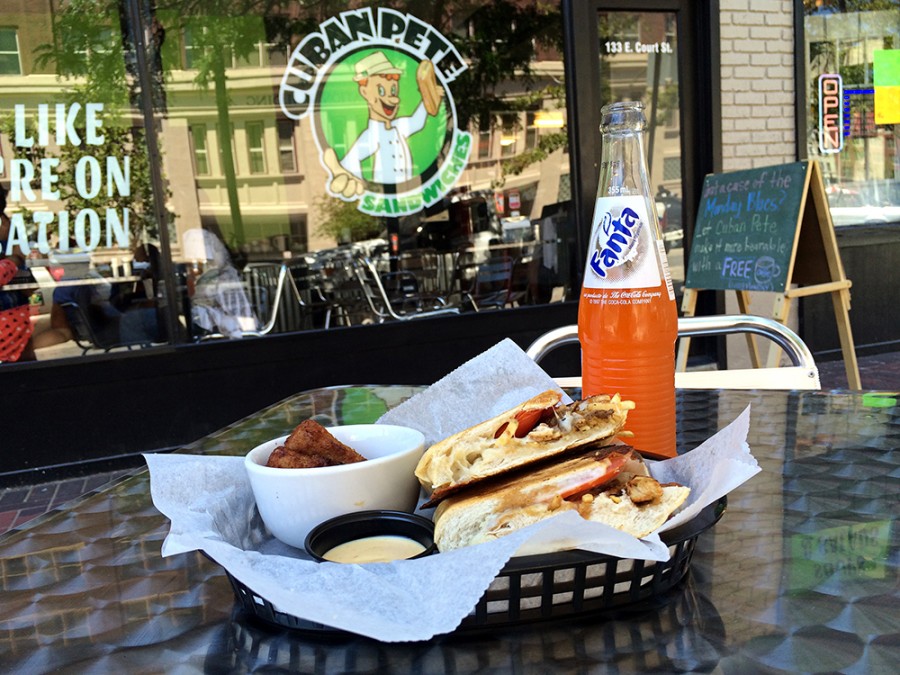 The downtown business district has its fair share of options for your midday meal, and now you can add Cuban Pete to the mix. The shop first started as a food truck in 2014, but since people are predisposed to love fancy ham and cheese sandwiches (aka Cubanos), Cuban Pete fast-tracked a brick-and-mortar opening this year. They are located on Court Street within sight of the Hamilton County Courthouse in the spot  formerly occupied by the first Tom + Chee location. 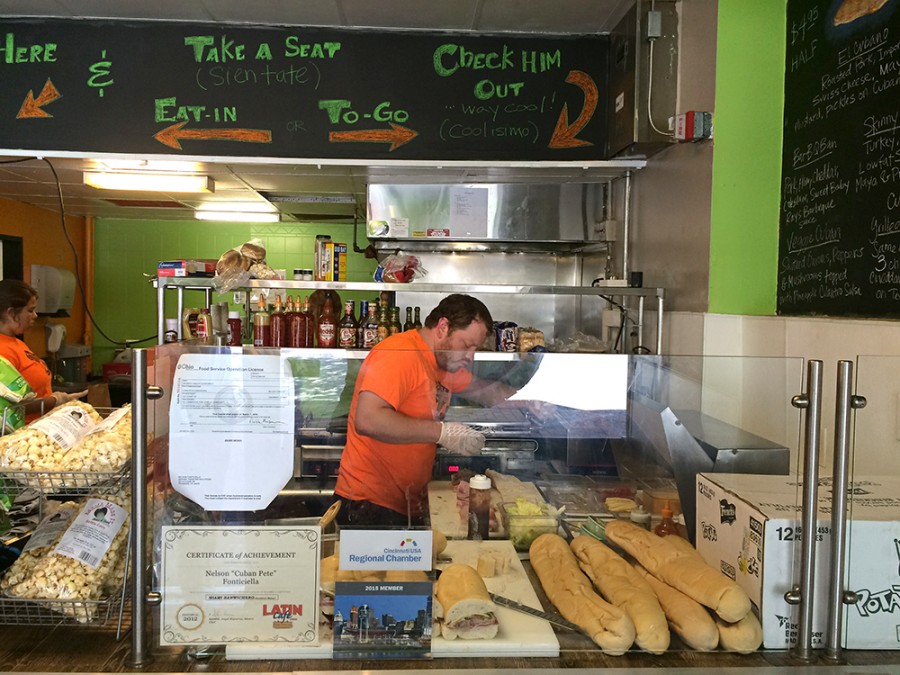 You may want to try the pressed Cuban sandwich first, since it’s the shop’s signature item. But be advised: Like all Cuban sandwiches, it’s fatty. Like there is lots of actual fat on the ham. It’s savory and juicy and all kinds of tasty—especially since it’s served on crusty homemade Cuban bread—but it’s not for anyone squeamish about intense meatiness. The spicy Chicky Boom-Boom (get it?), packed with marinated chicken, provolone, tomato, and caramelized onions is somehow more accessible, even with all that Sriracha.

As with all sandwich shops, don’t neglect the side dishes. At Cuban Pete, your side of choice should be the croquetas. They look like mozzarella cheese sticks, but they taste like little Cuban-style hush puppies filled with ham or chicken and cheese. Cubans often eat them for breakfast with coffee. You should eat them whenever humanly possible. Wash it all down with an orange Fanta and you just had the Best Lunch Ever.