Home Food News Go Forth and Tweet
I recently enlisted in the Twitter army, a time sucking activity I’ve managed to dodge until it was strongly suggested from higher up the publishing food chain that I get chatty. So I spent a morning (at least, I think it was just a morning) setting up an account and trying to decipher tweets of twits (Is that right? Where’s my Twictionary?) I was stalking tracking following, most of which were only slightly more readable than the eye chart at the optometrist office. Two days later (no wait…it’s already Friday? How is that possible?), after following Courtney Love’s ramblings (or someone claiming to be Love), several celebrity feuds, and the Bronx Zoo snake slithering his way through New York City, I posted my first tweet as @cmfoodwriter. Keeping up with those crazy Kardashians can be addicting though. I am already a candidate for tweehab.

But first, here is one of the very best ways to take a break – a simple coffee cake I’ve been making for years and one of my most requested recipes. In no way is this meant to buy your loyal twendship (even though I am so totally followorthy). But do let me know how tweet it is.

In a small bowl, combine the ingredients for the filling. Set aside.

Preheat oven to 350 degrees. Lightly butter and flour the bottom, sides, and center of a 10” round tube pan. Tap out excess flour.

In a bowl sift together flour, baking powder, baking soda, and salt.

In the bowl of a stand mixer, or with a hand held electric mixer, cream butter and sugar together for a few minutes until light and fluffy, occasionally scraping down sides. Add eggs one at a time, beating well after each addition. Beat in vanilla. In three additions, beating at low speed, add dry ingredients alternately with sour cream.

Bake the cake 55-65 minutes, or until a long toothpick inserted into the center comes out clean. Cool 15 minutes. Run a knife around the edge and invert onto a rack, and then back onto a serving plate. 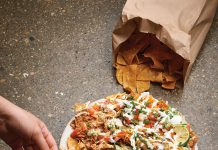 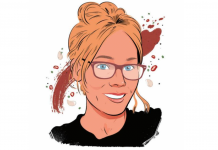