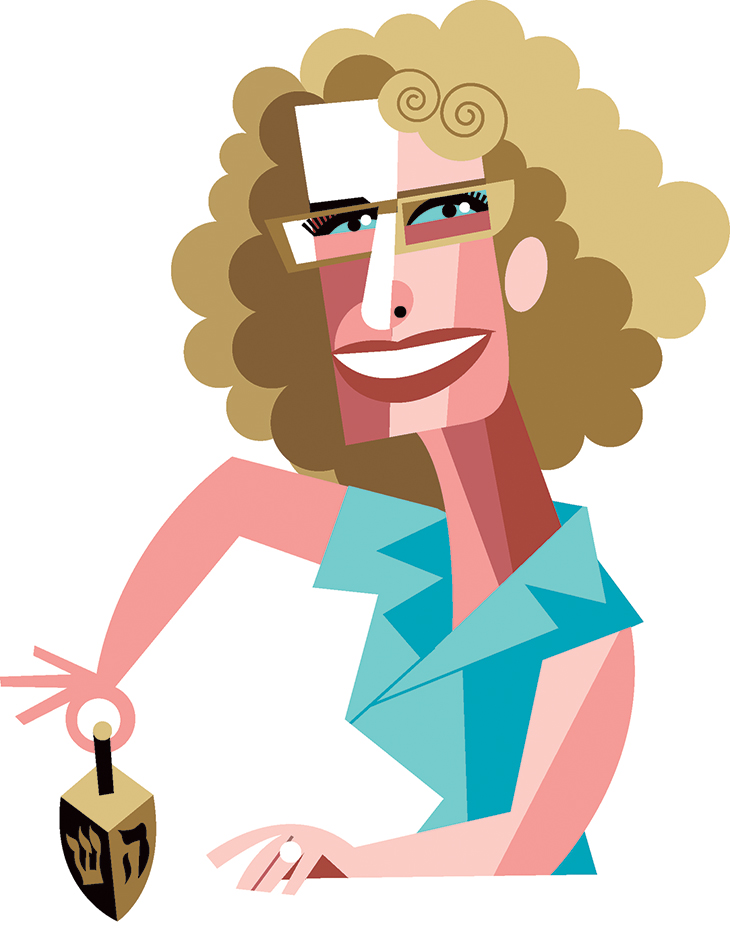 Dianne Ashton is a professor of religion studies at Rowan University. In her new book, Hanukkah in America, she explores Cincinnati’s role in creating what has become the most American of Jewish celebrations.

You write about the conflicted feelings some American Jews have had toward Hanukkah as a sort of Jewish Christmas, when historically it was not an important religious holiday. But—presents for eight days! What is there to be conflicted about? [Laughs] Somebody’s got to buy those presents! We have in the 19th and early 20th centuries two different groups of people advocating for making Hanukkah a big consumer holiday for Jewish children. One contingent were rabbis worried that Jewish children would be attracted to Christianity [and] envy their Christian friends. The other were women who were leaders of [Jewish] national organizations.

Cincinnati’s Rabbi Isaac Wise is widely considered the United States’ most important Jewish leader of the 19th century. At one time he thought of banning Hanukkah’s observance among his congregants. Wise was very conflicted about Hanukkah because he didn’t believe in miracles. However, he actively promoted a Hanukkah festival for children.

So he eventually encouraged a uniquely American Hanukkah festival in the synagogue that would be attractive to kids, with sweets, choir performances, and lighting the Menorah? Yes.

Describe the role women played in celebrating this new holiday. Women were very active in promoting Hanukkah in the U.S., and the Victorian era was a time when domestic celebrations became very important. We see events like Thanksgiving, for example, emerge in 1863. And, of course, Judaism has many domestic celebrations, so Hanukkah fit into that perfectly. Jewish women could be both good Jews and good Americans, fitting an American cultural pattern and fulfilling a Jewish responsibility by [holding] a Hanukkah celebration at home.

Are there any specific American Hanukkah traditions that can be traced to Cincinnati? For Conservative and Reform congregations, the whole modern recognition of the festival in the synagogue.