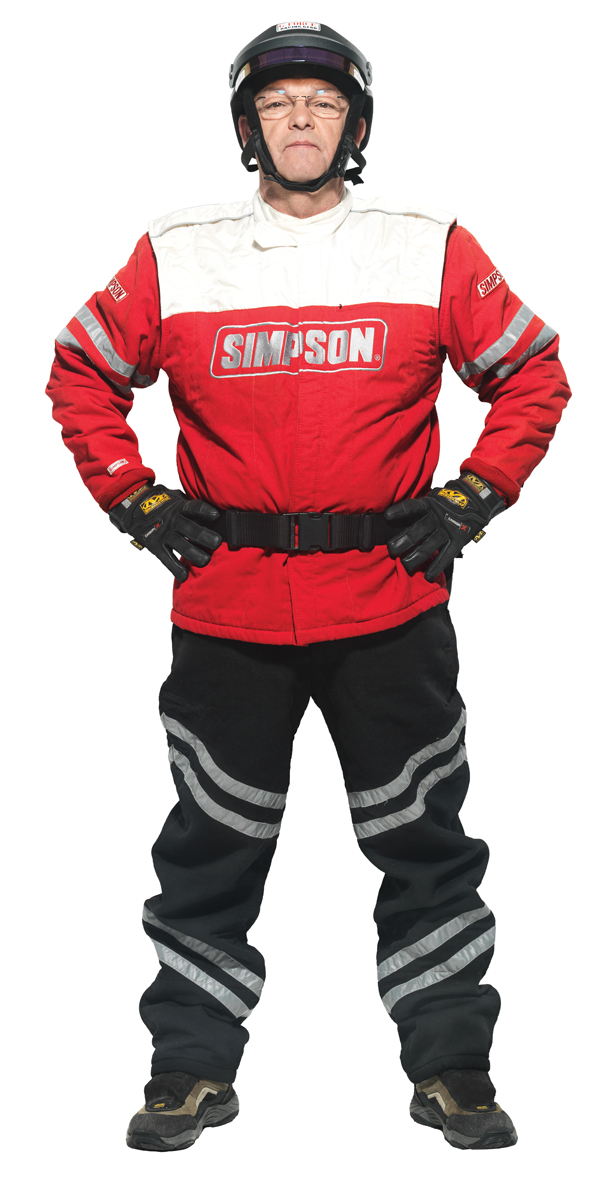 This is a mental job, not as much backbreaking or toiling work. I’m not saying it’s easy, but I’ve learned the job. Now, I’m making the job mine.

When the fireworks are going and people are oohing and aahing, I’m out putting tents away and looking over my shoulder.

Obviously, racing is like any other sport, you have your little league and you have your professionals. We’ve had some people here that we worked. We flew people out before. Last year, on Cup day alone, we treated 600 people in the care center—in one day.

It’s Tuesday or Wednesday before I can tell you who won the race. Seriously. Leading up to the green flag, my world’s just chaos. Once the flag drops, I get a little mental time during the race.

The Price of Speed

There are 36 NASCAR Sprint Cup races, hosted by only 23 cities. To win the race, Kentucky Speedway has spent approximately $250 million on the track, while the state has kicked in more than $93 million, according to an article in the April issue of The Lane Report.

Brad Keselowski won the 400 last year, but he’s going to have a tough road to glory this time. After an illegal rear suspension was discovered on his vehicle in April, NASCAR saddled the driver and his team with severe penalties.

Sparta is ordinarily a hamlet with a population of under 300. But on Sprint Cup race day, it becomes the third largest city in Kentucky, with big- city services: sewage, restaurants, fire department, 24-hour EMS, and dispatch center. Within three days, it all goes away.

Originally published in the June 2013 issue.