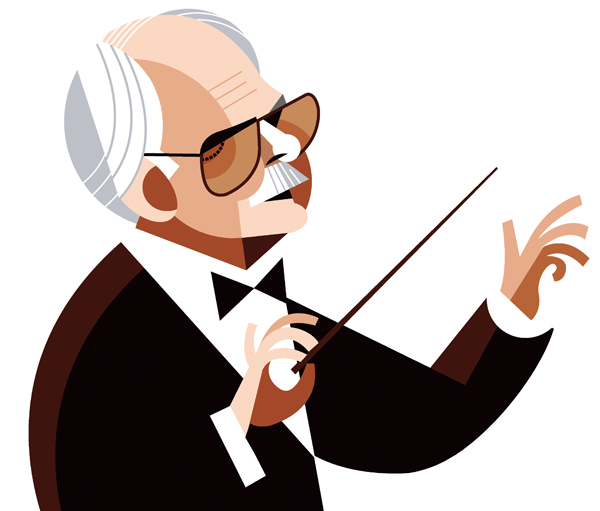 On May 12, Gerald Doan, founder and director of the Cincinnati Junior Strings (CJS), conducted his final concert with the group. If you think a bunch of 9- to 14-year-olds couldn’t possibly produce a sound that would make Beethoven roll over, you haven’t heard CJS, who have seven international tours under their belts. You could call the 70-year-old Doan the Pied Piper of pint-sized string players: For more than three decades, no one has done more to shape the skills of the area’s most talented young musicians. That certainly deserves another curtain call, maestro!

You conducted Cincinnati Junior Strings and still conduct the Cincinnati Community Orchestra. Which came first? I came from Michigan to CCM [College-Conservatory of Music] in September 1979 with two job offers. The thing that made me choose Cincinnati was that I talked to the powers-that-be at CCM, and said I wanted to start a select youth orchestra for kids under the age of 14, or ninth grade.

How “select” can you expect kids to be at those ages when it comes to playing a stringed instrument? That first year I took almost anybody who auditioned, but the level of playing now is very high. Now the violin section can play the Mendelssohn and Tchaikovsky concertos and the cellists can play the Elgar and Saint-Saëns concertos. They are so good, and they are little kids. It’s scary.

There have to be some challenges working with musicians so young, such as getting them to sit still for a two-hour rehearsal. If you watch a CJS rehearsal, you would see focus and discipline the whole time from 8- and 9-year-olds. It’s easy: You just set clear, firm expectations and stick to them.

Do many CJS players go on to other orchestras? We generally have about 45 kids and about a third of them age out each year. The majority of that third go on to play in the Cincinnati Symphony Youth Orchestra. Some go on to major in music in college, of course, and many will continue to play in community orchestras.

That’s a good segue to talk about your other orchestra, Cincinnati Community Orchestra. I’ve been the director for 32 of its 60 years. It’s an 85-piece adult group made up of doctors, lawyers, all kinds of folks. And they are very good. We just gave an award to one of the trombone players who has been a member for 50 years. The concertmaster is Rachel Bierkan, my longtime assistant and new director of CJS.

I’ve heard that you are dealing with vision problems. Did that play into your decision to step down from the podium of CJS? It did. I have dry macular degeneration, where the blood vessels in back of my eye are drying up, which causes focus problems. I can hardly see text. My dear wife has taken the 8 -by-11 scores and blown them up to 11-by-17. I have huge scores, but you can only go so big. And there’s another issue: Dupuytren’s contracture.

That doesn’t sound good at all. What is it? The tendons in your hand contract, pulling your fingers toward the palm. I haven’t seriously played violin or viola for years. With little kids, you need to be able to demonstrate by playing or walk over and look at their music in rehearsal if there’s an issue. Both of my problems make that impossible anymore. With the adults, I can explain what I want, which is why I’ll still conduct Cincinnati Community Orchestra.

How hard was it to give up CJS after all of these years? It was time. Rachel begged me to share the directorship for a while, but I said, “You need to be in charge.” There’s an official send-off in December with a special concert. I’ve done a lot of arranging for CJS over the years because the quality of so much orchestral music for kids that age just isn’t good. I believe they’re planning to play a bunch of my arrangements. I’m calling it the Gerry Doan Memorial Concert. [Laughs]

Originally published in the August 2013 issue.