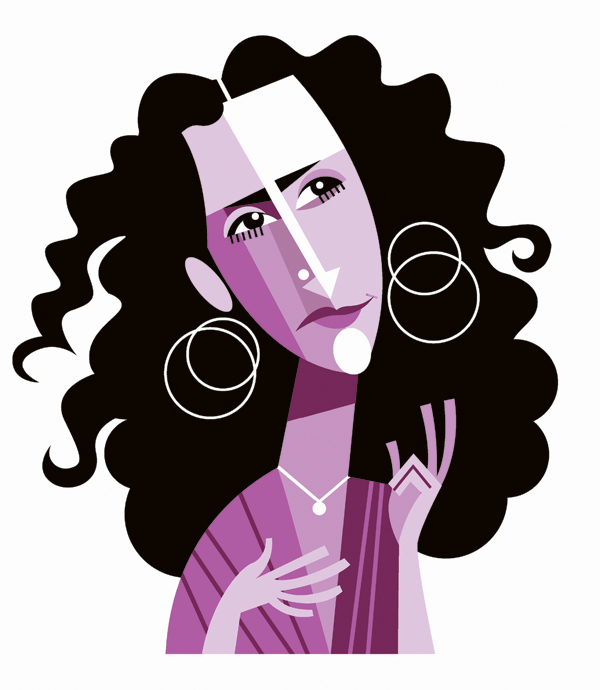 Fiona Maazel’s second novel, Woke Up Lonely (Graywolf Press), puts a secret agent on the trail of her ex-husband, a cult leader bent on ending loneliness. After proselytizing in North Korea, he goes to ground in a city of sin hidden beneath Cincinnati. We caught up with Maazel to ask: What’s up with that?

Why Cincinnati? I went there for a wedding, years ago. It struck me as such an engaging, suitable place for a cult leader to bed down. He would have this big compound in one of those old, beautiful houses. Another reason I thought of this city being under Cincinnati was a few years ago my friend Michael Hearst put out an album called As Smart as We Are. Many famous authors wrote the words to the songs, and then he put them to music. And one of the songs was by Paul Auster. It’s called “Natty Man Blues.” The refrain for the song is “there ain’t no sin in Cincinnati.” I thought, Actually, you’re wrong, there’s a lot of sin in Cincinnati.

You come from a musical family. Your father, Lorin Maazel, is a world-famous conductor, and your mother is a musician and a writer. Has music influenced your writing? I hope that’s the case. I don’t play music. I’m definitely the black sheep in my family. I can’t even read music, which is just sort of mortifying. If you want to be a really good prose writer you have to be aware of how your prose sounds, how it moves, the cadence and rhythm of the line. I hope that in some ways that’s where the music is coming out.

A picture of Kurt Vonnegut shows up on a mirror in the book, and a character wants to paint his plane like the cover of Cat’s Cradle, which is a book featuring a quasi-religious group. Are you a Vonnegut fan? Strangely enough, no. And it’s not because I don’t like his work, it’s because I don’t know it. After my first novel there were so many reviews that came out saying what a huge influence Vonnegut had been on me. I thought, That’s bizarre, because I’d never read a word that he’d written. Then I thought, All right, this is fun, I’m going to go read some Vonnegut. So I read Cat’s Cradle.

Woke Up Lonely deals with dark and sometimes political subjects: religious fanaticism, cults, unjustified war. When I started writing it in 2007 the country just felt polarized to me. It felt like the country would break apart. I had this idea that I would write about a secessionist movement, about people who were fed up and wanted to split. The novel began as overtly political; the problem is I lost interest in the politics in about five minutes. The kind of fracture that I wanted to write about was deeply personal, and of course for me, estrangement on a kind of personal level is itself inherently political. Obviously the irony of the cult leader being incredibly lonely is one that’s borne out by half the professions in America. You think: dentists are dentists because they have horrible teeth; therapists are therapists because they’re crazy.  So you know a cult leader whose cult wants to abolish loneliness must himself be incredibly lonely.

Your book is funny and it doesn’t take itself that seriously. Yet it’s about loneliness—the deep loneliness that people can still feel when they’re in a crowd. How did you arrive at this combination of opposites? Humor can be merciful. I don’t particularly like yuk-yuk jokes, but I think that humor is really not just about poking fun at our lives. It’s about relieving some of the anxiety and grief that can be generated by a subject that is perhaps unremittingly dark and depressing. There’s kind of a mercy killing involved whenever you attach humor to a very dark subject. But as for the questions that the novel is posing, those are the big questions as far as I’m concerned. Is loneliness something we’re born into? Or is it surmountable? Is it circumstantial? What is available to us that can operate as an antidote to loneliness? I don’t know how exactly you would tackle that subject head on without a good dose of humor.