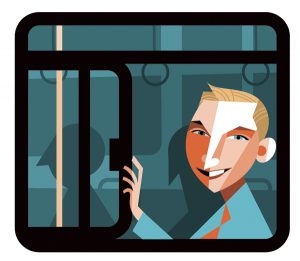 When we arrived to interview newly minted City Councilman Chris Seelbach, we got right in line. Seelbach is Cincinnati’s first openly gay council member, which means an extra bright spotlight and back-to-back interviews. On Election Day, voters sent a whopping four incumbents packing, and council now boasts a younger group that includes the city’s first African-American majority. We talked to Seelbach about the budget, getting transportation on track, and the importance of playing nice.

What inspired your run? I would not be here without [former councilman and vice mayor] David Crowley. I was immediately drawn to him and his story of being in the Peace Corps his whole life and coming home to help run the family business after his brother died, and then running for City Council. I worked in his City Hall office, and I managed his campaign, so I saw that the work he did went so far beyond whatever legislation he passed at City Hall. It was about setting an example by what you do in life, how you treat people.

What is your top goal? Transportation is my number one priority for the next two years. Unlike a lot of the conservative talk radio, I don’t think that Cincinnati is competing with West Chester; Cincinnati is competing  for people and jobs with Indianapolis and Louisville and Chicago. And if we’re going to compete for people and jobs with those cities, then we absolutely have to have a better public transportation system—a regional system.

Does that include rail? I support a light rail system that would connect to the 3C Corridor—which we had funding for until our governor sent it back—and I support a citywide streetcar system.

Are you concerned about the shortened streetcar route? No one is happy with the current route. It’s too short. We get it. But when you’re in first grade and somebody says, “What do you want to be when you grow up?” and you say, “A doctor,” the next step is to go to second grade. It’s just the beginning. We’re going after funding to make sure that it’s not this short route. The streetcar is so much more than transportation. It sends a clear message to businesses and developers that there will be people coming and going right in front of these buildings for decades.

What public services do you hope to defend? The number one basic service that the city can provide is the health of our citizens and our children. And what that means to me is we don’t close our health centers, we don’t lay off our school nurses, we don’t close our pools or our rec centers, and we don’t cut funding for STD prevention. For the last decade at least, we’ve been leaving two departments—police and fire—safe at the expense of everything else. I believe we can balance our budget without laying off a single police officer or firefighter. But we have to look for administrative waste.

You made a name for yourself back in 2004 when you helped repeal Article 12, the anti-gay city charter amendment. Any other goals on that front? Eight of the nine council members who were elected are on the record as being supportive of passing domestic partner health benefits for city employees. This is about treating partners of city employees as equals. I want the most talented person for the job possible. So if that person is a gay person, but they say, I work at P&G now, and I can’t take the job with the city because that would mean that my partner would lose his benefits, we can’t afford that.

This election ousted four sitting Republicans. Were you surprised? City Council has treated each other disrespectfully for the last five years. Calling out another member on the floor and saying, “You never shut up,” is absolutely unacceptable. If you were in a boardroom, you’d be fired on the spot. The general public has noticed that, and the results of this election show that they want people who can work together.

Originally published in the January 2012 issue