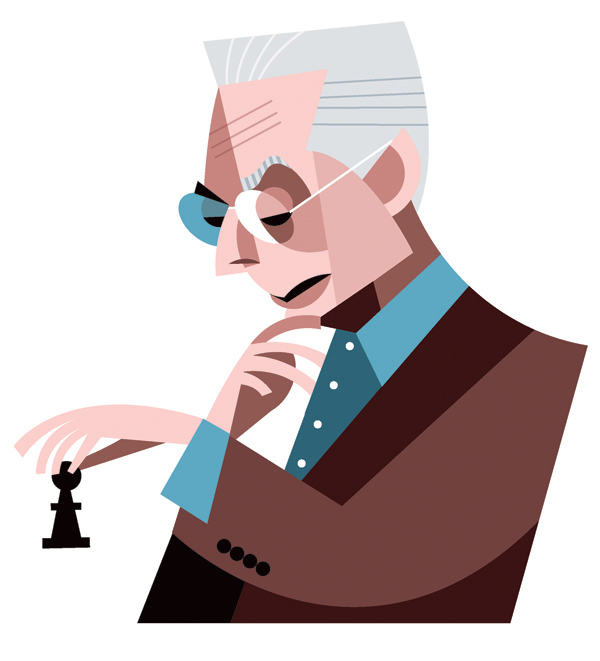 Editorial update: On Thursday, May 23, A.G. Lafley was reinstated as Proctor & Gamble’s CEO.

He helped bring you brands like Swiffer and Febreze. Now  former P&G CEO A.G. Lafley is out to school the world with a new book, Playing to Win—How Strategy Really Works (Harvard Business Review Press).

You set out to write a “do-it-yourself guide to strategy.” What are the benefits of passing on an understanding of strategy to a wider public? Roger Martin and I really did want to write a simple, actionable, useful book on strategy that anyone could use. If you step back and sort of look at a glorious vision of the U.S. economy, it’s growing annually maybe 1 to 2 percent. If we had better strategies today in business, in not-for-profits, in government and healthcare and energy, maybe we could grow 3 or 4 percent and all of the sudden all of the stuff that we’re arguing about in Washington and elsewhere we wouldn’t be arguing about, because there would be enough economic growth to pay for the services that many of us want as citizens.

Why do you think there’s frequently reluctance to plan strategically? People either don’t really understand strategy, or they don’t think they need it. They think that if they just execute well day-to-day, everything’s going to turn out OK. Most human beings really don’t like to make choices. We don’t like to be pinned down.

You cite Pampers as P&G’s most important lesson. By introducing another premium brand, the company created a situation where it was competing against itself. So do you now espouse a “less is more” approach?  I happen to believe if there’s a new invention or a new technology or a new need that your customer is clamoring for, you have to be willing to compete against yourself. [But] as soon as we introduced Luvs, Kimberly Clark introduced their new baby diaper brand, Huggies, and they of course copied the best product that was on the market. And we ended up being last. Last for our consumers and last to market. And so the lesson was, never give your customer a product reason to switch away from your brand.

There’s been a growing vein of cynicism among consumers about corporate America. Where does corporate responsibility fit in? There’s clearly skepticism of large institutions. At P&G, we believe part of our responsibility is to give back to the communities in which we work, whether it’s the safe drinking water program that we’ve provided to the developing world or Pampers vaccinations for neonatal tetanus.

A recent article in New York reported a crime trend in which Tide is being stolen and traded for drugs. Is this a case of brand loyalty run amok? I haven’t read that story, but—I hate to say it—that’s been the case with some of our brands around the world. In parts of society there are different currencies—a pair of Nike shoes, a stolen cell phone, cigarettes, right? So for whatever reason there was currency in Tide. It’s an unfortunate and hopefully small consequence of whatever the economic and social realities are in those communities.

Doesn’t selling your strategic acumen for just $27 a copy amount to giving it away? Are you sure this is good business sense? You know, Roger and I think so. There are no secrets here. There’s no magic. Virtually everything we wrote about in the book you could find in P&G annual reports.

So back to consulting and let it percolate? I’m a partner at Clayton, Dubilier & Rice, a private equity firm in New York, and that’s a fairly full part-time job. And I still serve GE on their board, and I chair the Hamilton College trustees. And then you’re right, I do a little bit of consulting. I think my writing in the future is going to be more short pieces. I have a ton of time to spend with family and friends. So, so far, so good.

Need to brush up on your strategic thinking? Go to hbr.org/books