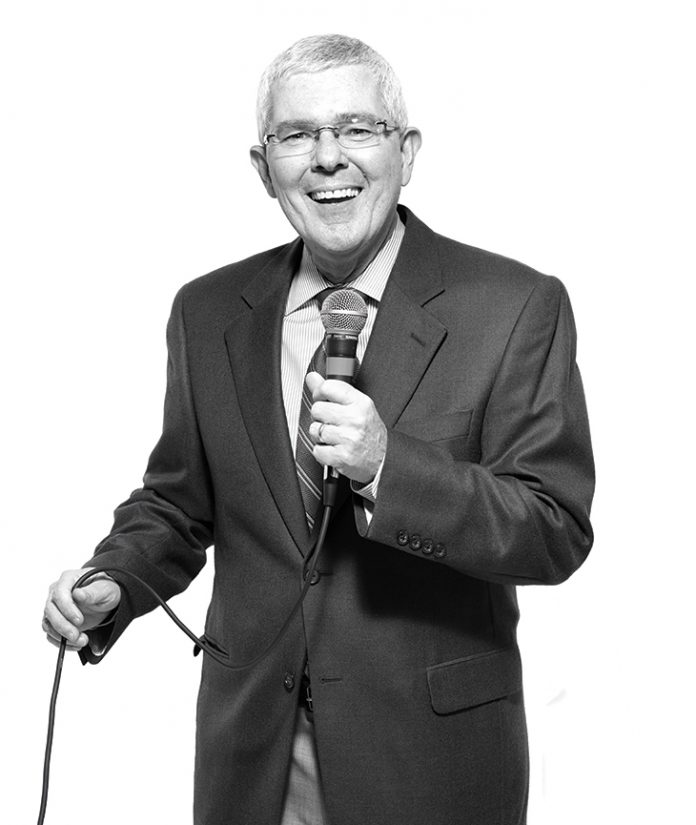 Covington native Mike Battaglia became the country’s youngest thoroughbred race announcer at 23. Since then he’s called 19 consecutive Kentucky Derbies. These days, the Turfway announcer also handicaps for Keeneland and Churchill Downs, broadcasts races for NBC, and serves as a tipster for Lexington newspapers.

My father was the general manager of Turfway—then called Latonia—and Miles Park in Louisville. I was doing a radio show, The Last Race of the Day, live from Latonia with Chic Anderson. I would do the color. Three weeks before the meet Chic [got] a job offer up east. So my dad said, “You try it.” I thought he was kidding.

At 23, I had never called a race. My dad said, “Don’t worry about it. Number one, nobody comes to Miles Park anyway. Number two, this sound system is so bad nobody is going to hear you. And number three, I’m not going to fire you.”

You don’t really want to talk too fast when you’re calling a race. It’s not like an auctioneer. You want to be understood. You try to enunciate so people know where their horse is.

I once called a race, there was Titicaca, Notsolaka, and Polikala! They came down the stretch together, and I was tripping over all of it. I can’t remember who won.

A couple of years ago I picked Animal Kingdom to win the Kentucky Derby. He had never raced on dirt before. I really liked the horse when I watched him. I went out on a limb, and that was my best Derby pick ever. He paid $40.

I don’t do the odds at Turfway anymore—my son took over. My father taught me how to make the line, and I taught my son.

Things happen fast in racing, but you still have to moderate that, and you have to be excited. When I quit getting excited about the races, that’s when I retire.