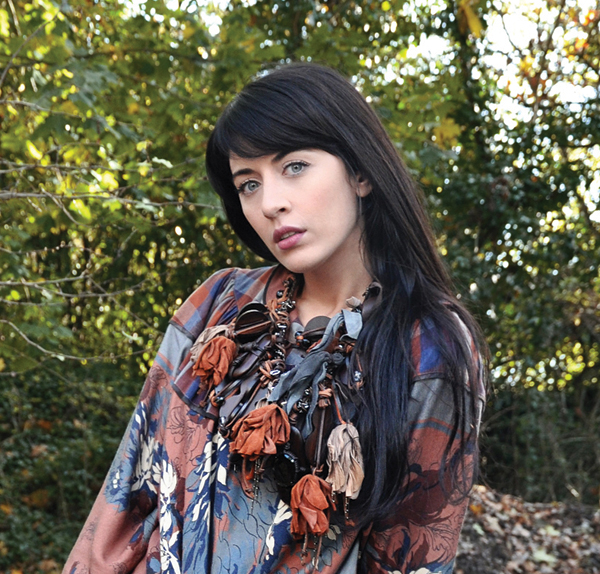 Nolwenn Leroy is a mermaid. It’s just a fact. The French singer and reality show star is huge in Europe, and sometimes appears in mythical, half-human form. On her new Ô Filles de l’Eau, she sings folk melodies with earth mother grandeur. Like Enya, with scales. The mermaid thing, however, might not be the most interesting part of Leroy’s story. She spent a year in Hamilton (yep, Ohio), and the experience changed her life.

Leroy was an exchange student with the Rotary Club—who knew they had one in France?—and was able to pick the country she would study in. She chose America. “So they told me my application was accepted—then they said Hamilton, Ohio. Some of my exchange student people were going to crazy cool places—New York, Los Angeles, Miami. At the beginning I was sort of surprised, but I did not expect such a crazy, great year.

“We don’t have much bowling places in France. I got to do laser tag, things I would never do back home,” said the performer from Brittany. “As for the food, well, well, well. They warned me at the Rotary that all the exchange students come back from America having gained so much weight. But the family I was living with was really healthy, there were home cooked family meals.”

It wasn’t the food, or the laser tag, that made the deepest impression. “I felt I was really living this American dream. It’s not very French, this meritocracy idea of just going for it, working hard and reaching to your dream. When I left France people would ask me ‘What do you want to do in life?’ and I’d say ‘Be a singer.’ ‘But what would you really want to do as your job,’ ” she explained. “But here everything’s possible. People never questioned it—they said ‘Go for it, and good luck.’