Home Food News Back of the House

Ever wonder what actually goes on in the home kitchens of culinary professionals? Do they really prepare precious little snacks for family and friends in their not-so-frequent free time or are they using their ovens to store sweaters? We knocked on a few doors and managed to track down the truth. it’s not as far-fetched as you might think. 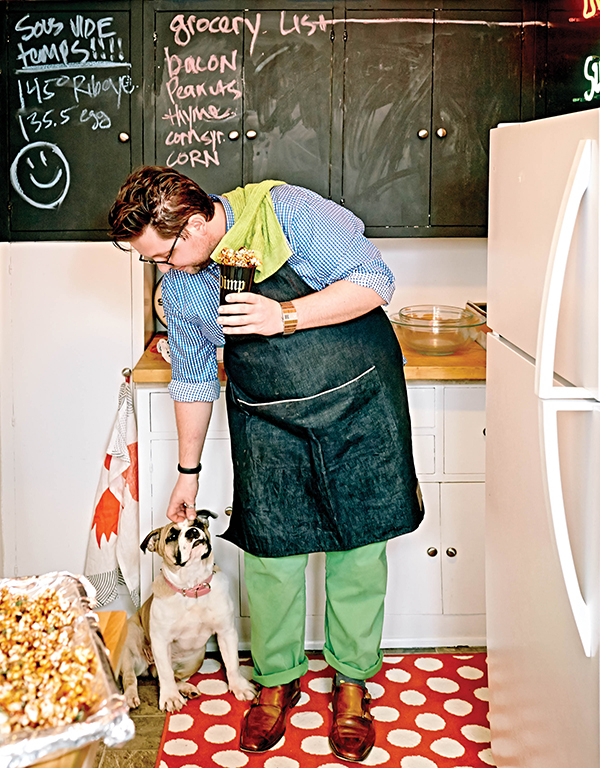 Maass was initially headed for a career in fine art, but fortunately for Cincinnati diners, he put down the paintbrush and stepped up to the stove. His whimsical “average” caramel corn belies a strong understanding of technique and flavor often hidden behind his silly and somewhat sarcastic facade. 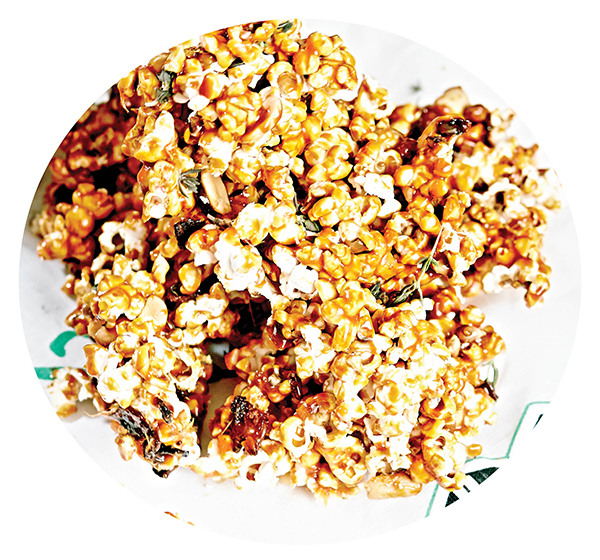 Preheat the oven to 300 degrees. Heat the popcorn and oil in a heavy-bottomed, large pot, covered, over medium-high heat, until kernels begin to pop. Using oven mitts, hold the lid on the pot and shake it until the popping stops. Pour the popcorn into a very large heatproof bowl.

Meanwhile, cook the bacon in a large, heavy skillet over medium heat until almost crisp. Using a slotted spoon, transfer to paper towels to drain and cool. Add the bacon and peanuts to the bowl with the popcorn. Sprinkle with coarse salt and cayenne; toss to coat and set aside.

Bring the cream and the tea bag just to a boil over medium heat. Remove from heat and steep for 15 minutes, occasionally pressing on the tea bag with the back of a spoon to release more flavor. Discard the tea bag.

Line a rimmed baking sheet with foil and coat with non-stick spray. Coat two wooden spoons or heat-resistant spatulas with the non-stick spray as well, and set aside. Stir the sugar, ¼ cup of water, and corn syrup in large saucepan over medium-low heat until the sugar dissolves. Increase the heat to high and boil, without stirring, until the syrup turns deep amber. Occasionally swirl the pan and brush down sides with a wet pastry brush for about 13 minutes, as it slowly deepens in color. Remove the finished caramel from the heat and immediately add the tea-scented cream. Be careful, the mixture is very hot and will bubble up. Stir until well blended and immediately drizzle the hot caramel over the popcorn mixture. Toss the caramel corn with the sprayed spoons until it’s all evenly coated. Transfer the caramel corn to the prepared baking sheet. 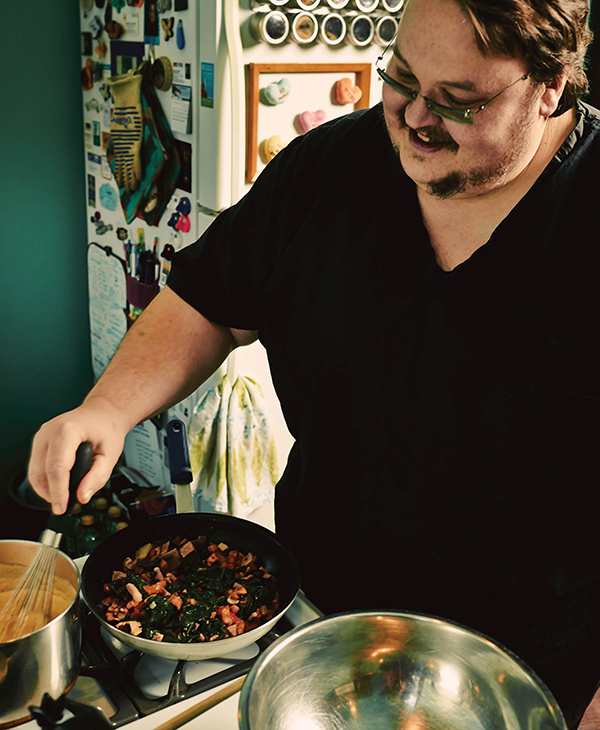 Buschle is known for making everything but the napkins from scratch at his cozy, Bellevue café. “Scratch cooking is about versatility and quality control—it’s not about an item being close, it’s about it being right,” he says. So we weren’t surprised to find béchamel as the base for his mac and cheese. The challenge was convincing him to scale it back so we wouldn’t end up with enough to feed the whole neighborhood. Fortunately for Bellevue, he does. 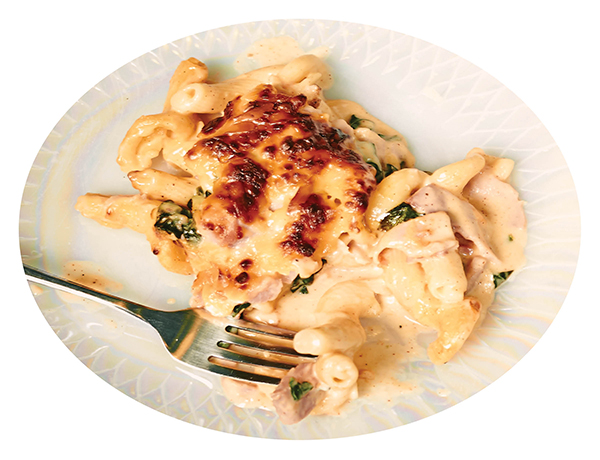 Bring a large pot of salted water to a rolling boil. Add the pasta and cook to al dente, according to package instructions. Drain well and reserve the pasta in a large heatproof bowl. Preheat the oven to 375 degrees.

Remove the sauce from heat, and stir in 2 cups of the cheese. Continue to stir until melted. Fold in the ham, tomatoes, spinach, mustard, and horseradish. Pour the sauce over the pasta and toss gently until well combined. 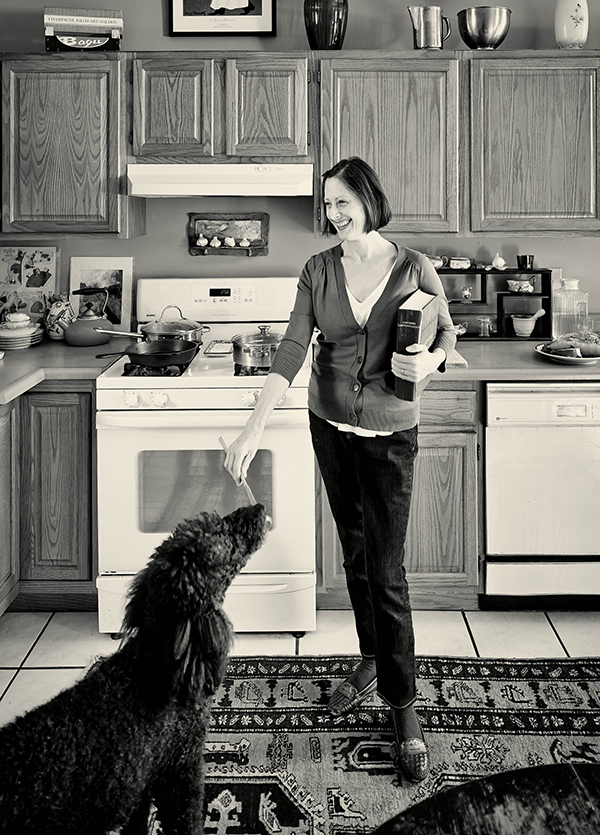 When she finally takes a night off from her Mt. Lookout restaurant—where she has worked at least five days a week for the last seven years—Francis prefers to eat mostly vegetarian, and always with serious spice. A longtime proponent of the local-foods movement, she knows the best seasonal vegetables to select, and has plenty of farmer friends on speed dial. “There is so much mass-produced food available now, I just want something real, something that someone has taken the time to grow or tend. It will taste better, and ultimately make my dishes better,” she says. 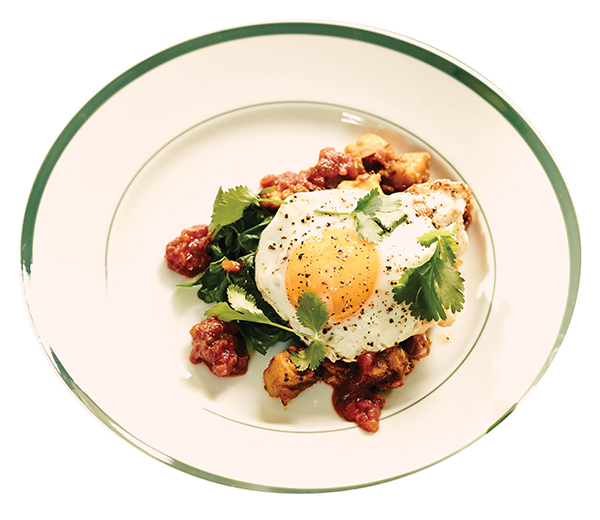 In a high-sided sauté pan, heat the coconut oil over medium heat. Add the onion, garlic, and ginger. Sauté 3 to 5 minutes until the onion is browned. Add the peppers, turmeric, coriander, and cumin. Sauté one more minute. Add the sweet potato and stir to coat with spices, cook 3 to 5 minutes. Season with salt and pepper. Add 1/4 cup water or vegetable stock and cook for 15 minutes, until sweet potato is tender.

In a separate pan, sauté the greens in olive oil and season with salt and pepper. Remove the greens from the pan and fry the farm eggs on medium heat in the coconut oil sunny side up. Serve the sweet potatoes with the greens, top with the fried eggs, and garnish with the salsa. 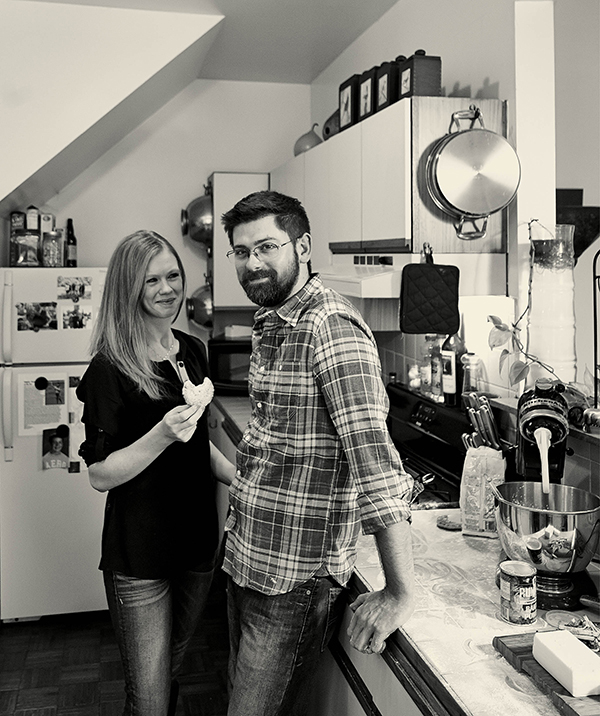 Williams is the grandson of two serious Southern cooks. “My paternal grandmother owned a little greasy spoon in Hazard, Kentucky, called the Coffee Shop, and my other grandmother excelled at the classics, like mashed potatoes, green beans simmered with a ham hock, and biscuits,” Williams explains. When he offered to make some cheddar-bacon biscuits, we knew they’d have serious street cred. His Covington restaurant and wine bar is known for taking fresh, seasonal ingredients and preparing them with lots of love, plenty of pork, and minimal fuss. 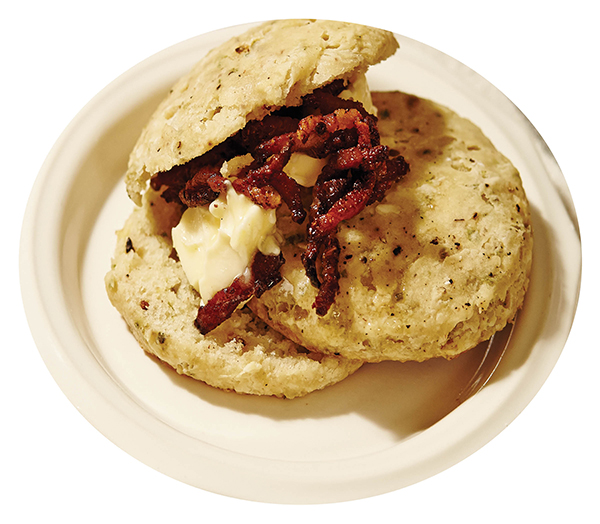 Preheat the oven to 400 degrees. Coat a baking sheet with non-stick spray.

Sift together the flour, baking powder, baking soda, salt, sugar, and pepper. Fold in the bacon and cheddar. Stir in 1½ cups of buttermilk until a dough consistency forms; add more buttermilk if necessary.

On a well-floured work surface, gently press out the dough to ½ to ¼ inch thickness. Using a small cutter, cut out golf ball–sized biscuits. Place biscuits on the prepared baking sheet and bake for 10 minutes or until just golden brown.

Originally published in the March 2014 issue.
Photographs by Nathan Kirkman