The seat of Kentucky’s Nelson County, Bardstown isn’t exactly urban, but that shouldn’t stop you from exploring its historic looks at the whiskey and bourbon industries. The Oscar Getz Museum of Whiskey History lays out the liquor’s century-long development into an American powerhouse with rare artifacts and documents from pre-colonial days to the 1960s. The museum’s current featured exhibit on Prohibition, on loan from the Frazier History Museum in Louisville, tells the tale of the Bluegrass State’s involvement in America’s favorite illegal pastime in the 1920s.

If bourbon’s more your speed, check out the Barton 1792 Distillery, the area’s oldest fully operational whiskey-making facility. Each tour concludes with complimentary tastings, so don’t go on an empty stomach. For more of the area’s bourbon and whiskey-soaked stories, hit the Heaven Hill Bourbon Experience. Formerly known as the Heaven Hill Bourbon Heritage Center, the attraction underwent a multi-year renovation that expanded its size and its offerings. During the “Whiskey Connoisseur Experience,” you’ll get schooled on the color, aroma, taste, and finish of Heaven Hill Distillery’s premium American whiskeys.

If you’re interested in history that doesn’t involve alcohol, check out the new Bardstown-Nelson County African American Heritage Museum, which was unveiled in June. The museum project highlights the lives and contributions of the county’s Black residents. 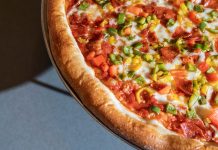