This magazine serves many purposes—one of which is to be a surrogate home for Big Ideas. Writers and editors often approach the birth of an idea with palpable trepidation. As a general rule, you want to appear smart in print. But as a general rule, not all Big Ideas are, upon first inspection, smart. So a certain amount of manhandling goes into the birthing process: Writer pitches Big Idea, editor chews over Big Idea and spits it back at writer, who chews it over some more then spits it back at the editor. Rinse. Repeat. Eventually, if the Big Idea has an extra-hard core that resists all that editorial mastication, a nugget survives and moves to the next stage: actual creation—the painstaking work of reporting, writing, editing, and designing the thing on the page. Yep, it’s a crazy process. What’s even nuttier is that we willingly put ourselves through it every month.

Now, want to hear something really crazy? When Polk Laffoon IV brought us his Big Idea nearly two years ago it came fully formed. It wasn’t just that Polk had a known track record for producing clear, substantive, well-wrought pieces in our pages (though that helped). Or that he’d thought long and hard about it (though that helped, too). It was that, in addition to perspective and gravitas, he was passionate about it. This Big Idea had gripped him and, by God, he thought that it would grip the readers, too. It also helped that the idea was deceivingly simple: Over the course of three separate essays centered on the river, the hills, and the architecture of Cincinnati, Polk would explore how these features not only define who we are—as a city and as citizens—but show us where we’ve been, where we’re going, and what challenges lie ahead.

With this issue we publish the third and final installment, which focuses on the architectural riches in our midst and kicks off with Polk’s piece “Make No Small Plans.” Polk has rambled far and wide for all of his essays. He hiked the secret valleys of LaBoiteaux Woods and quizzed the city’s geotechnical engineer about the state of our slopes, dove in (literally) to the Great Ohio River Swim, paddled his canoe in Paddlefest, and tapped the brains of the folks at ORSANCO to limn the state of the river. This month he gives us a first-rate education in the significance of the buildings that surround and, yes, define us. To complete the package, we put together a list of the “10 Buildings That Changed the City” and tapped a few more big brains (Aaron Betsky at CAM, Walter Langsam and Michael McInturf at UC, and Cincinnati Form Follows Function cofounder Susan Rissover). At the heart of Polk’s essay is a deep concern, which he boils down in one sentence: “Do we have enough resources—and the civic will—to hold on to what we’ve built?” It’s a Big Idea, one that I’ll let you chew over on your own, but I think we all know what the answer should be. 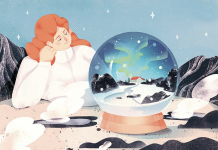 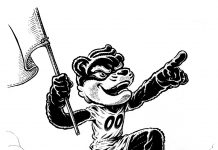 Dr. Know: ESPN No Go’s, Disappearing Homes, and the Legacy of Mr. Hop