How cool that Cincinnati managed to host two separate comic conventions in September. (Nerd power!) Other than Union Terminal being the Hall of Justice, is Cincinnati nobly represented in any other fantasy/science-fiction? —SPACED IN

Dear Spaced:
For our virgin readers, the Doctor will explain your reference: Union Terminal served as the artistic template for the Hall of Justice, headquarters of the 1970s animated TV series Super Friends. That show featured Superman, Batman, and other DC Comics heroes who are still famous today and making movies known as “super disappointments.”

It’s hard to find a more profound Cincinnati contribution to the sci-fi/fantasy genre than the time Mt. Lookout saved all of humanity. That’s the cover story in the November 1942 issue of Fantastic Adventures magazine: “When Freemen Shall Stand.” In that tale, set far in the future after aliens have conquered Earth, a small band of rebel humans are hiding out in a shattered city they know only as “Sinatty.” Holed up in a crumbling building called “Nedlunplaza,” they plot civilization’s comeback. After escaping to an “eastern area” and finding a huge telescope in an abandoned observatory, they are able to track their enemies’ movements and ultimately make Earth great again.

The story’s author was not from Cincinnati, but his wife was. Was he so delighted when he visited our town that he made it the hero of his story, or so repulsed that he zombified it? Dammit, Jim, I’m the Doctor, not a mind reader.

I sometimes splurge on French wines at specialty stores, but I mostly get them at Kroger. Recently, though, Kroger has reduced its French wines’ floor space. I shop at several locations, and they’ve all cut back. Pourquoi? —NON-SNOB

Dear Non:
Note that while Americans can ask “why” in three concise letters, the French must slog through eight of them (pourquoi). That tendency to linger is de rigueur in France but interdit in an American supermarket: products that fail to exit the shelves promptly are not invited back. For example, Heinz green-colored ketchup made a valiant effort a few years ago but is no longer found in the condiments aisle.

Your specific issue over wine, however, is a bit more complicated. This year, Kroger admitted it had an alcohol problem. After trying to control its intake by imposing a restructured relationship on its beer and wine suppliers, the Cincinnati-based supermarket giant faced an intervention from the alcohol industry and was forced to enter grocery rehab. It emerged with a whole new attitude, and with a Newport-based company that has reconfigured its beer and wine departments. Decisions on which types and brands of wine to display are apparently not determined by French aesthetics as much as by American market forces.

The Doctor urges you not to despair over our nation’s tastes. Hope remains. We did, after all, wisely and firmly reject green ketchup.

My new home just west of Linn Street is actually quite old. On my deed’s property measurements, it mentions something called the “Gest Standard.” Is this related to Gest Street, which isn’t far away? What does it mean? —JUST GESTING

Dear Just:
It means that for more than a century, Cincinnati has suffered from one man’s colossal, forehead-slapping screwup. The term “Gest Standard” on local property measurements basically declares, “Numbers on deed are smaller than they appear.” It’s a warning to distrust Joseph Gest’s migraine-inducing inaccuracies.

He meant well. Gest’s reputation was superb when he came to Cincinnati in 1819 and became the city’s surveyor. For 25 years, he meticulously calculated the dimensions of hundreds of Cincinnati properties, most of them downtown, and as it later turned out, most of them erroneously. The troubles began when Gest proudly obtained a new super-accurate 24-inch ruler, from which he fashioned a fresh “surveyor’s chain.” Unfortunately, he had failed to notice the ruler’s tiny marks on each end indicating an additional 1/32nd of an inch to cover wear and tear, so he unknowingly made his chain slightly too long. Gest’s accumulated errors miscalculated the total area of Cincinnati by about five acres.

Rather than go back and re-measure every damn property in town, the city instead slapped the term “Gest Standard” onto the deeds of the parcels Joe had surveyed. At some point, Cincinnati also named a downtown street after him, much like how America awarded a holiday to the guy who thought he had come ashore in India.

Dr. Know is Jay Gilbert, weekday afternoon deejay on 92.5 FM The Fox. Submit your questions about the city’s peculiarities at drknow@cincinnatimagazine.com 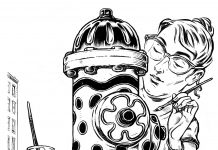 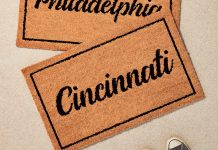 That Time I Left Cincinnati, Never to Return, and Tragedy Reminded Me Where I Should Be